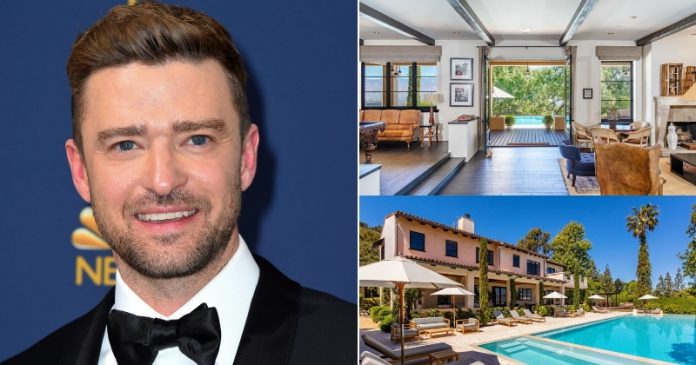 In July of 2002, Grammy Award–winning musician and actor Justin Timberlake paid Helen Hunt $8.3 million to sell him the property, which she had previously owned. In preparation for the pop star’s marriage to the actress and producer Jessica Biel, the 13,250-square-foot estate had extensive renovations, which included the installation of modern furniture, as well as an 85-foot zero-edge swimming pool and a separate plunge pool. The house is a genuine paradise in every way!

Justin Timberlake, a 41-year-old pop star, got his start on TV shows like Star Search and The All-New Mickey Mouse Club. When he was older, Justin became famous as one of the two lead singers and the youngest member of the boy band “NSYNC” in the late 1990s. Justin won two Grammy Awards for his smash solo performance songs “Cry Me a River” and “Rock Your Body” after the members of the group went their own ways and pursued careers as solo artists.

Justin has also been honored with a great number of prizes and distinctions. Among them are the Primetime Emmy Award, the Brit Award, the Michael Jackson Video Vanguard Award, the Contemporary Icon Award from the Songwriters Hall of Fame, and nine Billboard Music Awards. He is considered to be one of the best male solo singers of the 1990s. 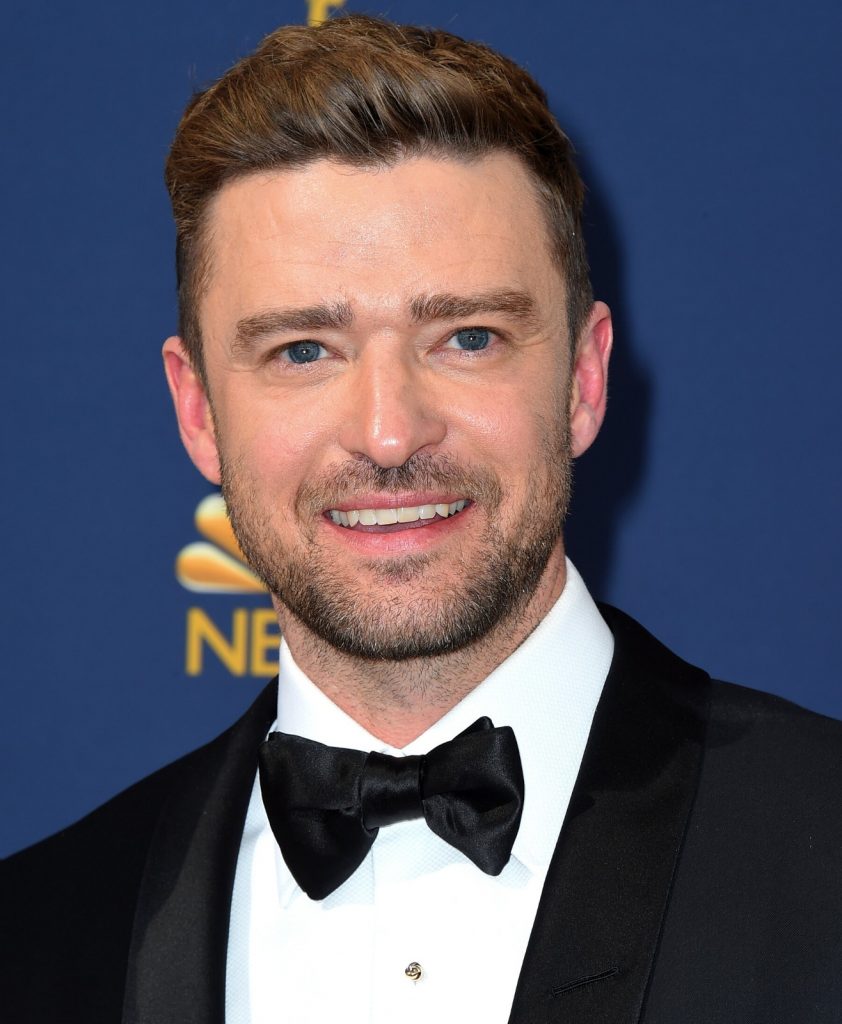 He continues to hold the title of “King of Pop Music” today. The radio is still playing songs from his solo albums, and play requests are still coming in. Along with his success in singing and acting, his personal life has drawn the attention of fans all around the globe. Justin has dated a number of famous women throughout the years. He began dating Jessica Biel in January 2007. They got engaged in December 2011, and on October 19, 2012, they got married. They have two kids: Silas Randall, who was born in April 2015, and Phineas, who was born in July 2020. 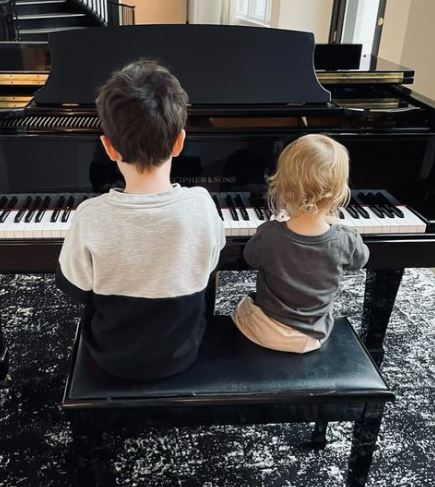 Prior to starting a family, Justin purchased a property in the exclusive Hollywood Hills neighborhood of Los Angeles from the actress Helen Hunt in July of 2002. Dirt, the celebrity-focused real estate publication, wrote a piece presenting Justin Timberlake’s home in 2021. They said that the couple is presently asking $35 million for their Hollywood Hills house. The setting is basic and natural, with a large grass in front of the home. 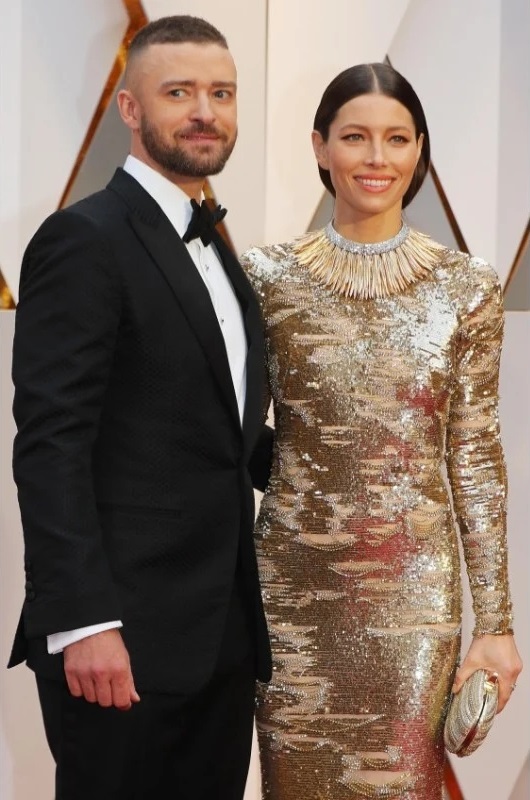 When you walk into Justin’s house, you’ll see a grand piano and real tree branches and wood benches that give it a modern country feel. The “music room” is bright and big enough for a visitor to relax. 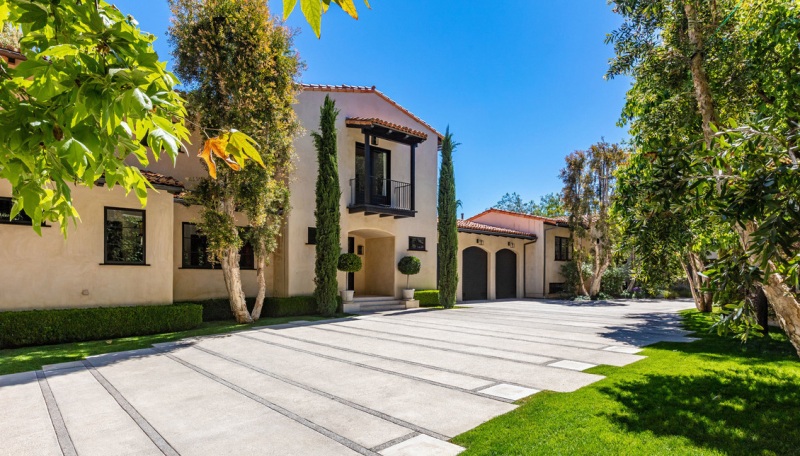 The Timberlake-Biel home, which is listed for $35 million, includes a total of 9 bedrooms and 11 bathrooms. It is 13,530 square feet and has four fireplaces, a gym, and a home theater where the family can relax. 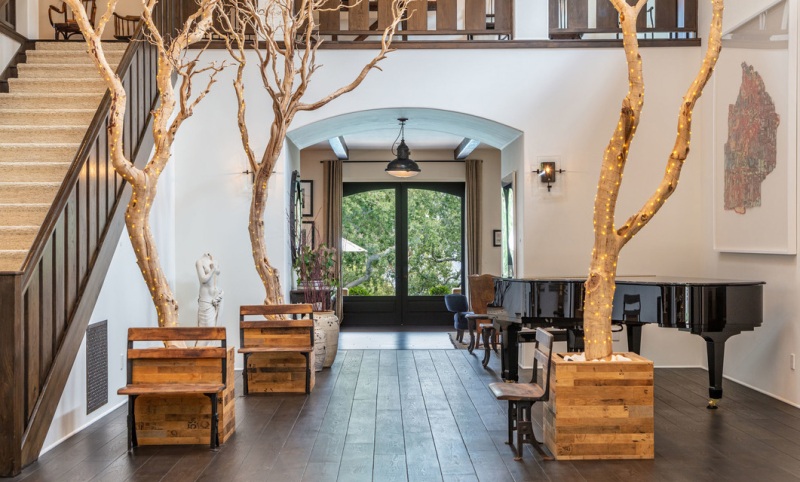 An outdoor living space that wraps around the home is great for entertaining and ‘outdoor’ eating. The large villa has enough room for a family of four to enjoy the comforts of outdoor activities without leaving home. 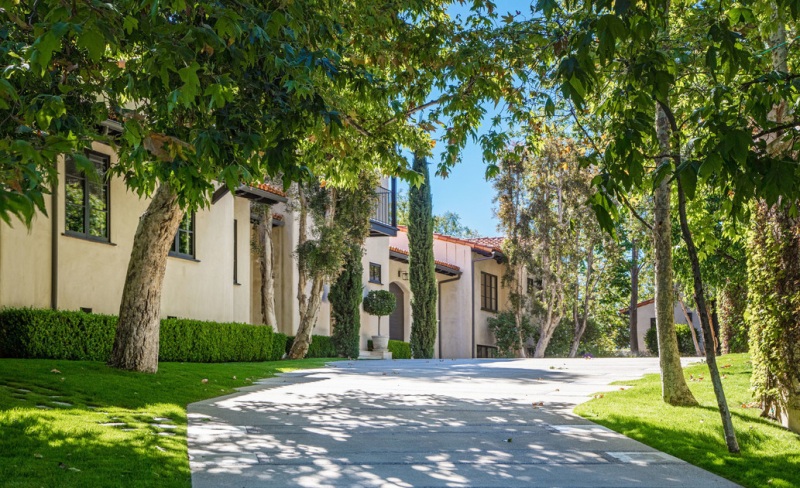 Homeowners agree that the bedroom and bathroom are the “heart and soul” of a home. After a long and stressful day, coming home to a relaxing lukewarm bath in the tub may be a great way to unwind and remove some of the built-up stress. A direct view of the San Fernando Valley skyline and mountains can be seen from the bathroom that Justin has decorated with mosaic tiles. 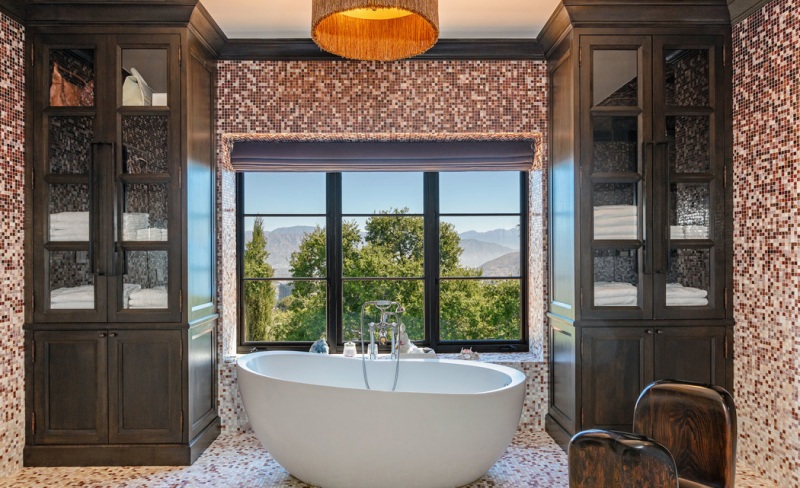 The mansion also has a gourmet kitchen and an elegant guesthouse with a dressing room and a high-end bathroom. The outdoor area is mostly wooded and has a large lawn with swimming pools and places to lay out in the sun, a tennis/sports court with lights, and a vegetable garden. 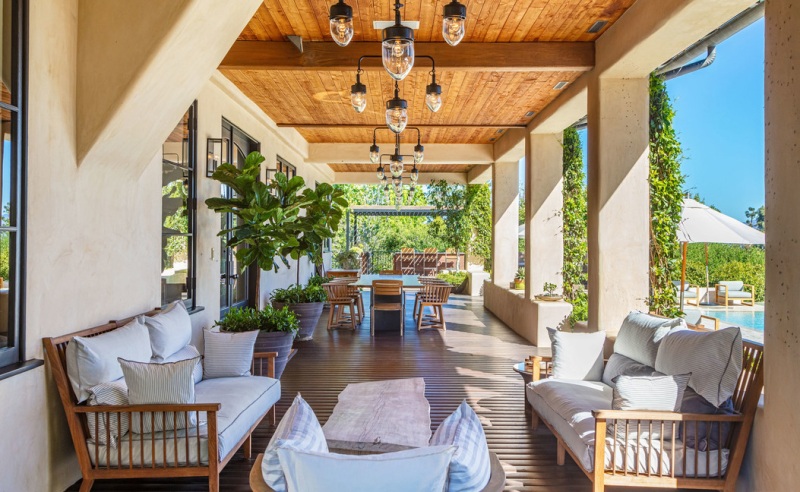 Guests of Justin and Jessica don’t have to join a club to enjoy the outdoors. They can do so right from the villa. 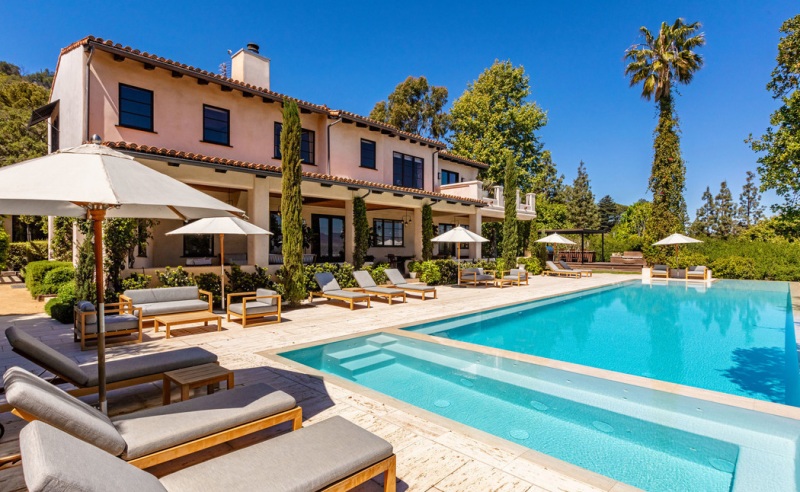 The Timberlake-Biel home may be protected behind gates, and a guard house is placed at the end of a street; nevertheless, the area around the guard house is not heavily covered. 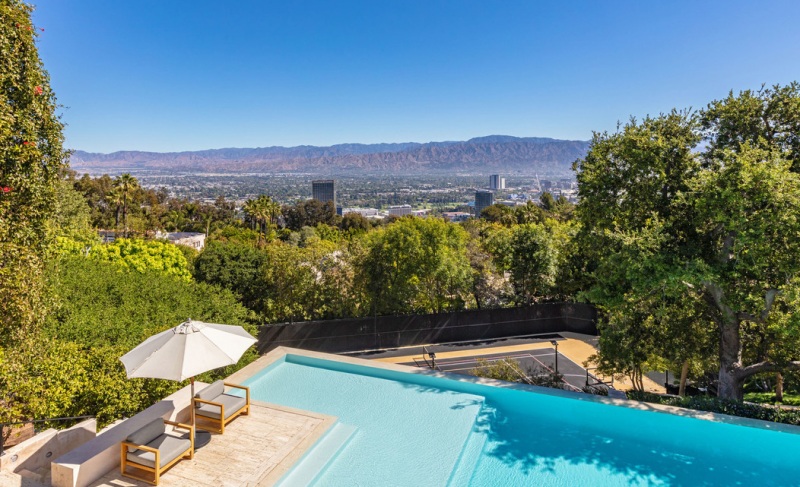 When seen from above, the home presents an incredible view, and its high level of luxury is immediately apparent to anyone looking down. 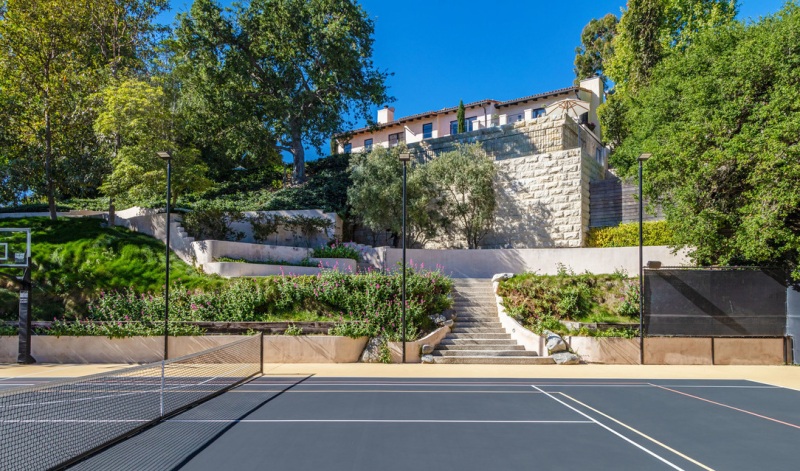 In fact, Justin and Jessica live in a luxurious mansion that would be suitable for a king and queen! 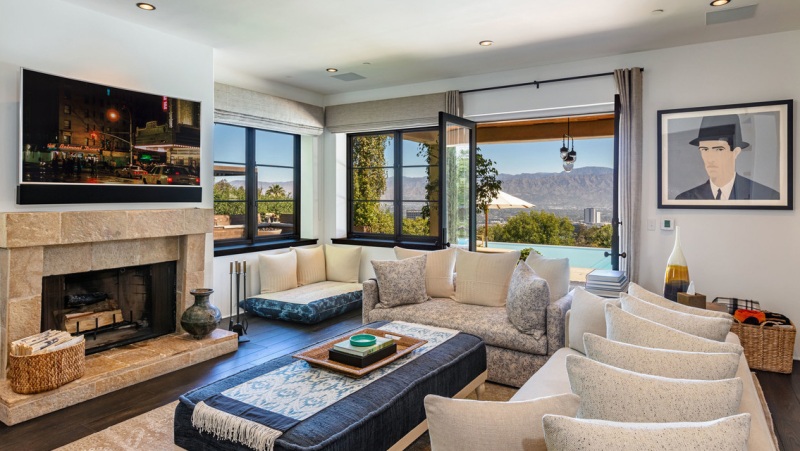 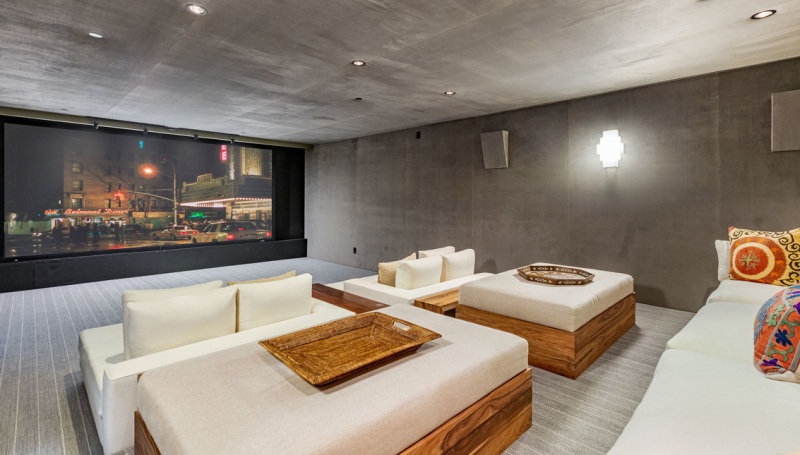