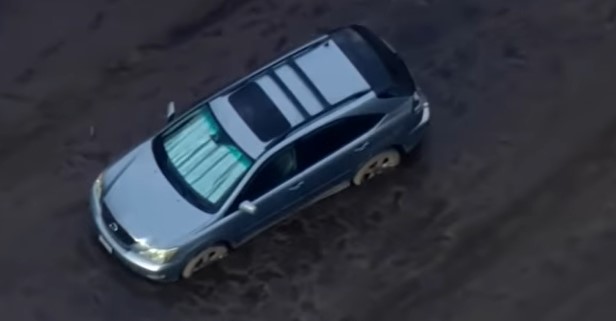 This weekend’s rainfall in Southern California necessitated the dispatching of Los Angeles firemen to assist stranded motorists amid mud and debris.

According to the Los Angeles office of the National Weather Service, after mudslides slammed Pine Canyon Road in the Lake Hughes region on Sunday night, 24 vehicles and 53 individuals were “accounted for.”

The Los Angeles County Fire Department released a video displaying a substantial amount of mud on the roadway and reported that their units arrived at the location at 7:40 p.m.

“LACoFD units have arrived to assist many vehicles stuck in mud and debris flow,” the agency tweeted. “The situation continues to be ongoing. Public Works has also alerted the Red Cross.”

According to KTLA, no injuries were reported at the scene of the event. The TV channel said that tow trucks pulled vehicles from the mud overnight.

An official from the L.A. County Fire Department told the Los Angeles Times, “That mud rose really quickly around the headlights, so they all needed assistance to exit their vehicles.”

Tropical Storm Kay, which did not make landfall in the state but caused rainfall, strong winds, and debris flow, affected Southern California over the weekend, according to the Los Angeles Times.

The site reported that a flash-flood warning remained in effect for sections of Southern California on Monday.

According to the Times, a tropical cyclone getting within striking distance of California is a rare occurrence.

“It is extremely uncommon to observe intact tropical cyclones this far north and east along the Pacific Coast of North America,” wrote UCLA climate scientist Daniel Swain on the Weather West website.

He continued, “Only a handful of times in living memory have tropical storms or storms of greater intensity approached Southern California thus closely.”