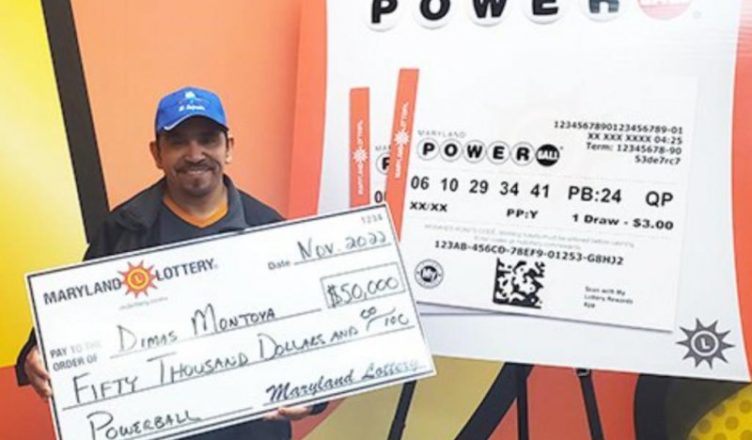 Officials from the Maryland Lottery were notified by Dimas Montoya, 48, of Waldorf, that he purchased some scratch-offs and a couple Powerball tickets from the 7-Eleven store located on Smallwood Drive in Waldorf in preparation for the drawing on November 7.

According to Montoya, “I examined the ticket at a gas station that I go to,” and he said this.

“The clerk was really thrilled for me when she told me that because the amount was so high, I needed to redeem it at the lottery headquarters.”

“Knowing that I had missed the jackpot by one number caused a lot of thoughts to go through my head,” he added. “It was a close call.”

The winner stated that he plans to use his most recent prize money to take his family on vacation and to add to his savings.