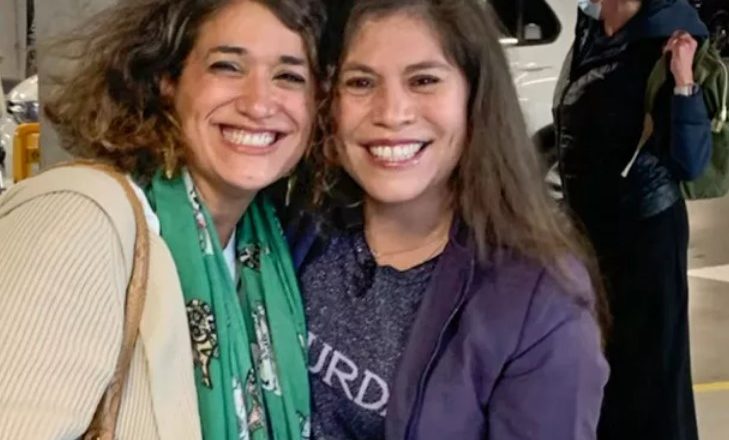 In Chile, a man whose mother took him away from her minutes after his birth started an organization to help reconnect separated families.

Sara Rosenblatt, now 43 and originally from Chile, was adopted by a Jewish family in the Washington, DC, area seven months after her birth.

Rosenblatt had a Chilean aunt and uncle and a Chilean sister, but she was raised to believe that she had been given up for adoption.

Rosenblatt tells PEOPLE for a story in this week’s issue, “I recall at very young age already having questions for my family, mainly my mother.” It was always her I confided in.

Having seen early on that she didn’t look quite like her adoptive siblings, she says, “I understood while growing up that there was going to be some extra understanding when it came to my identification.”

This year, though, Rosenblatt received the answer she had been seeking when her adopted brother forwarded her a news article about newborns in Chile who had been taken from their families.

It’s like the tip of the iceberg; you never know what else lies beneath the surface. “There is what appears to be information on the surface, but you can’t help but wonder if there’s more.”

Moreover, Rosenblatt felt an instant bond with her biological sister Rosa upon meeting her in May in Chile.

Rosenblatt explains that upon first glance, they exclaimed, “This is certainly my sister!”

Graf, now 39 years old, learned that he, too, had been kidnapped shortly after birth in Temuco, Chile. He was born in 1983.

His birth mother was told that he had passed away shortly after birth. After being separated for decades, they were reunited thanks to Graf’s network of Chilean fireman friends and two local charities.

It is estimated that between 8,000 and 20,000 babies were taken from mostly poor mothers in Chile and placed with families in North America, Europe, and beyond through an illegal adoption network during the 1970s and 1980s, a policy orchestrated by the Gen.

Augusto Pinochet regime in an effort to reduce poverty.

According to Rosenblatt’s recollection, he had questioned if his birth mother had assumed he was dead.

Rosenblatt claims the reunion has altered the course of his life forever.

“As an adult and mother, I’ve come to realize that I buried a lot of scars that I should have addressed more deeply,” she adds.

“Counseling is something I’ve tried. Both as a child and again as an adult, I’ve benefited from the help of a therapist. This has been a process of self-healing.”