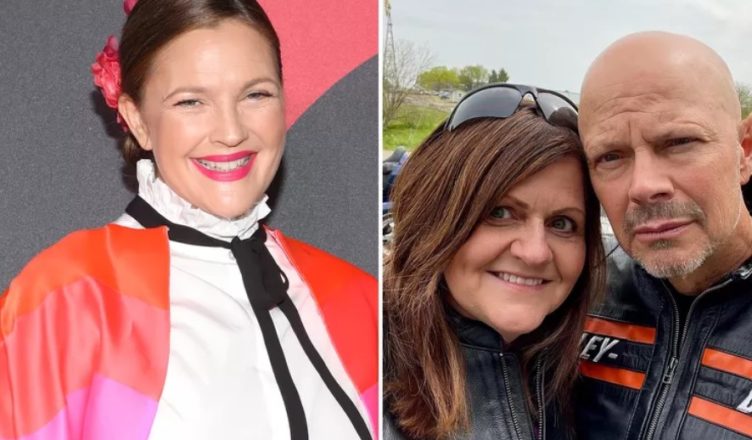 Drew Barrymore is gushing about a wonderful example of life mimicking art.

On Friday’s episode of The Drew Barrymore Show, the TV presenter highlighted a PEOPLE story that reminded her of a 2004 romantic comedy in which she appeared almost two decades ago, 50 First Dates.

“There is a remarkable narrative,” Barrymore, 47, remarked during her show’s news segment about Andrew and Kristy Mackenzie’s Real-Life Love story.

Earlier this month, the couple was featured in PEOPLE’s series about unusual romances.

On Father’s Day in June, the Mackenzies were involved in a near-fatal motorbike accident that brought both of them to the emergency room.

Andrew, 58, awoke in a hospital bed thinking it was 1993 due to memory loss caused by the collision injuries.

“He recognized me, but I could see him gazing through me,” Kristy, 54, said of her 37-year-old spouse. “That was the scariest day of my life, I tell you…

I didn’t know how I was going to get him back after seeing him gaze through me like that.”

Doctors were unsure whether Andrew would recall the previous 29 years they’d spent together. Andrew not only recovered, but he and Kristy fell in love all over again.

On August 29, the couple reaffirmed their vows in front of their children and grandchildren on North Carolina’s Outer Banks.

“Of course, when I saw this, I immediately went to a 50 First Dates location and said, ‘We have to talk about this,'” Barrymore explained to her audience. “This is true.”

Barrymore co-stars in the picture with Adam Sandler, whose character tries to win her over over and again after amnesia leads her to forget him every time she falls asleep…

“My favorite part of this story is that Kristy insisted on their remaining in the same recovery room.

“She told nurses, ‘If you let us be together, he will get well,’ and he did,” Barrymore said in the episode before exclaiming, “It’s real-life 50 First Dates!””

Gayle King, Barrymore’s co-host for the hour-long broadcast, was equally moved by the narrative.