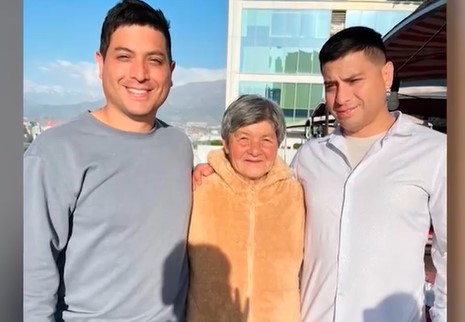 Twins Elan and Micah Nardi have been reunited with their family after learning that they were taken from their mother at birth.

When the brothers were separated from their mother, who had brought them to the hospital with a sick older sibling in Santiago in 1986, they were just three months old.

Elan recounts to PEOPLE in this week’s issue that someone from the hospital promised to care after the babies while she attended to her other child: “Later, when she tried to see where they were caring for us, they closed the door in her face.”

She called the cops, but by the time help arrived, the babies had vanished.

The twins were two of an estimated 8,000 to 20,000 babies taken from mostly poor mothers in Chile and placed with families in North America, Europe, and beyond through an illegal adoption network — a policy orchestrated by the Gen.

Augusto Pinochet regime as a means of reducing poverty in the 1970s and 1980s.

Elan and Micah, now 36, were adopted by a couple in Massachusetts after their mother expressed a desire for them to have a better life. ..

The twins were aware of their Chilean ancestors, but only began to investigate deeper after their adoptive mother read a news report in December about Texas firefighter Tyler Graf and other abducted children from Chile…

She was shaken and told her sons, “There are so many parallels. We need to look into it.”

The twins were able to discover their biological family with the help of Graf’s NGO Connecting Roots, Chile-based nonprofit Nos Buscamos, and family history service MyHeritage, which performed DNA tests that proved the match… 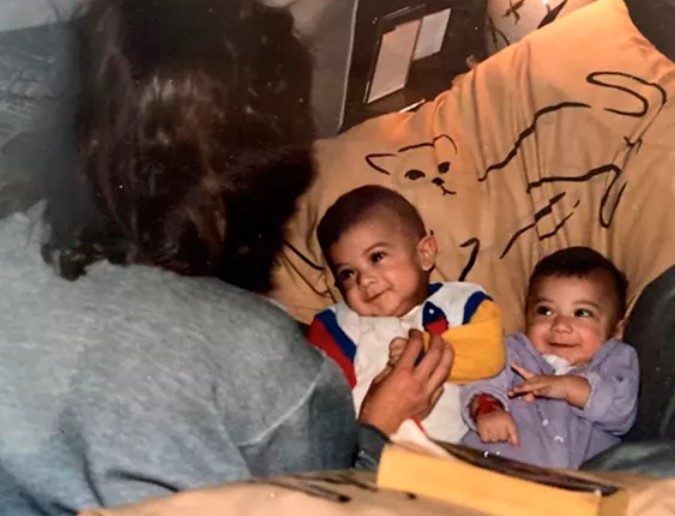 The twins met their birth parents for the first time via Zoom a short time afterwards. Micah claims they saved a snapshot of the boys when they were just a few months old.

“‘We’d never forgotten you,’ they said. We’ve owned this photograph for 36 years. We’ve always been curious about what happened to you.’ “Micah explains.

“Just by their real emotion and reaction, I had no question that what they were expressing was genuine.”

Six years after Elan and Micah were removed from their mother, two of the boys’ biological siblings appeared on a Chilean television program, grieving for their younger siblings.

“Our mother would go to news stations and tell them about our disappearance and try to find us,” Elan says. “They began looking for us the instant we vanished. They were always thinking about us.”

In June, the twins came to Chile for the first time to meet their biological family.

They recently returned from a second trip to South America, yet language has proven to be a barrier: the twins speak English, while the rest of their original family speaks Spanish.

To that aim, Connecting Roots has given Elan and Micah subscriptions to Babbel, a language-learning software, to enable them communicate with their long-lost relatives.

“Our goal is to become fluent in Spanish, but we’re currently at a novice level,” Micah explains.

“And we recognize that the language in Chile has a lot of nuances. As a result, learning Chilean Spanish is more distinct than learning general Spanish.”

The twins hope that their experience may inspire other Chilean adoptees to investigate their own family history.

“It’s a difficult thing to do,” Micah adds, “but we want to urge others adopted from Chile during the time to reach out.” “Otherwise, you might never get any responses.”