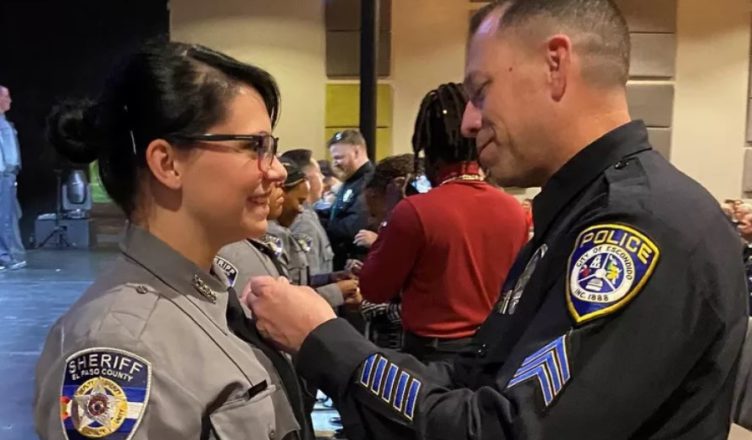 According to the San Diego Union-Tribune, Young was only six weeks old when she was rescued by an Escondido police officer from a California house where her mother had been using meth and neglecting her infant.

Officer Jeff Valdivia was responding to a routine call to arrest a parole offender at a residence where conditions were so bad that he filed for protective custody of a child he met there.

“I knew the mom was using meth because she displayed all kinds of drug use,” Valdivia told CBS News. “The infant, Natalie, was malnourished, and the house was in shambles.” 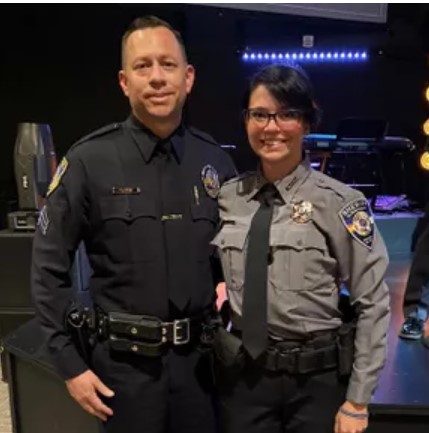 “You hope there aren’t any gaps in the system and that everything works as it should,” he said of the decision to take the youngster from the home.

Valdivia first learnt what happened to the child a few weeks ago when he received a phone call from Natalie’s adoptive mother, Shelley Young.

Shelley alerted Valdivia, who is now the sergeant for Escondido Police Department’s community-oriented COPPS division, that Natalie was about to graduate from the El Paso County Sheriff’s academy.

Shelley then persuaded Valdivia to pin Natalie’s deputy badge on her last month at her graduation ceremony.

“It was an extraordinary high,” Valdivia said, according to the Union-Tribune. “You make the best option possible, hope you produced a nice report, and hope the system works. It’s out of your control after that.” 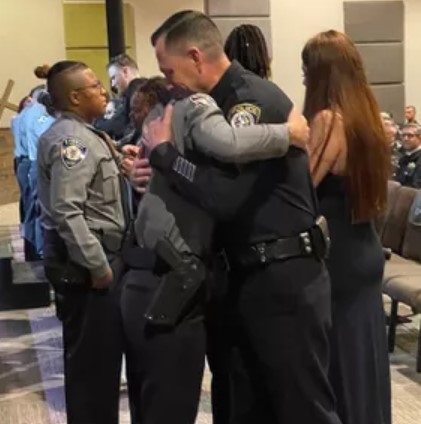 Natalie was inspired to become a deputy, according to Shelley.

“Natalie struggled through that and made a choice to set her moral compass to be good and to serve others,” she told CBS News.

Natalie and Valdivia met for the first time in 22 years at their graduation on September 23.

According to CBS News, he stated, “It was a big honor.”

Natalie told the source, “He is going to be there when I need him, and I am very happy about that.”