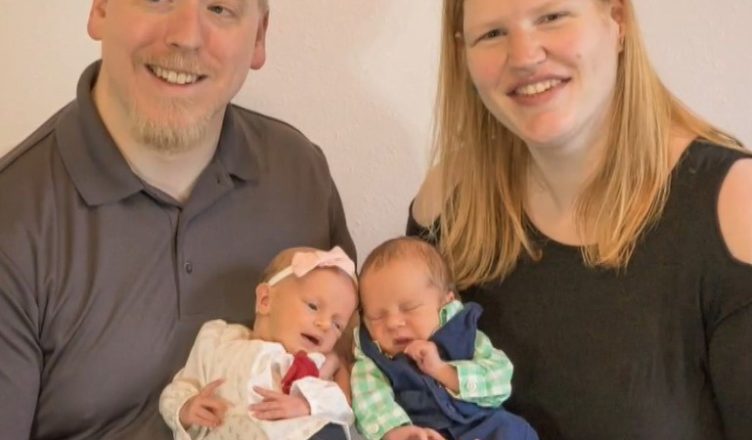 An Oregon couple welcomed twins from embryos frozen 30 years ago – possibly the longest frozen embryos to result in a live birth, according to scientists.

Embryo donation is the transfer of unused embryos from one person’s in vitro fertilization (IVF) procedure to another.

Embryos are sometimes frozen in order to be preserved and used later, a method known as “embryo freezing” or “cryopreservation.” 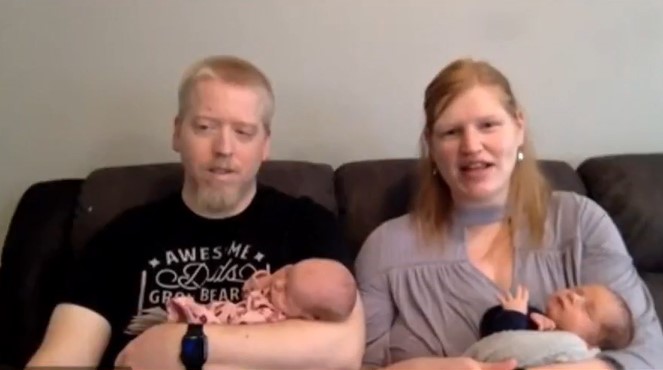 According to Cleveland Clinic data from 2016, the live birth rate per transfer for frozen embryos is 49 percent.

The Ridgeways, who have four other children ages eight, six, three, and one, may have set a record.

Tina and Ben Gibson of Tennessee welcomed their daughter Molly in 2020 from a 27-year-old donated embryo, thanks to the National Embryo Donation Center, according to NBC News.

Molly’s sister Emma was born in 2017 from a 24-year-old frozen embryo, according to NBC News.

The Ridgeways were not put off by the embryos’ age.

“We really wanted to locate those embryos who had been waiting the longest and had been overlooked several times,” Rachel explains. She claims they wanted to know, “Who needs to be chosen?”