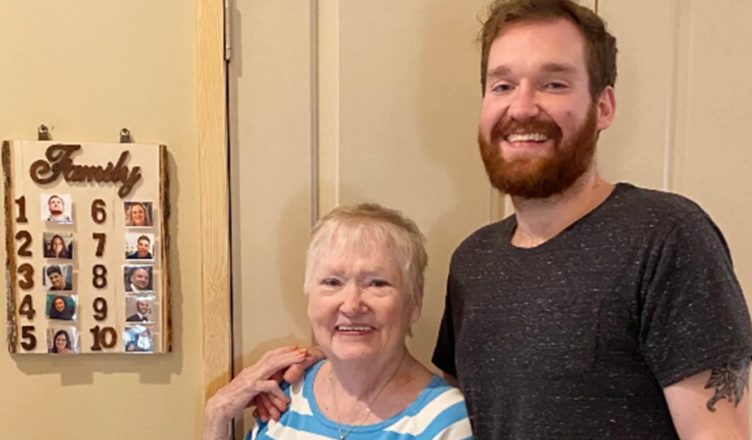 “She has a board with the 10 grandchildren’s faces on magnets and she ranks us from one to ten,” Dan reveals in a video that has received over 2 million views.

“I’m currently ranked fourth, which is the highest I’ve ever been,” he continues. “But I did just have two new tattoos… so I’m a little concerned about how it may affect my rating.”

Dan was correct to be concerned. When he shows Mary, 85, his new ink, she gasps and immediately moves his magnet to last place.

But things are improving…

“I’m now No. 3 because Nanny is ecstatic about becoming an internet celebrity.” “She’s crediting me for that,” Dan explained. “She went to get her hair and nails done the day after the TikTok became viral.”

Dan ranks his cousin Jacqueline first because she bought a property across the street from Mary and “always helps her out.”