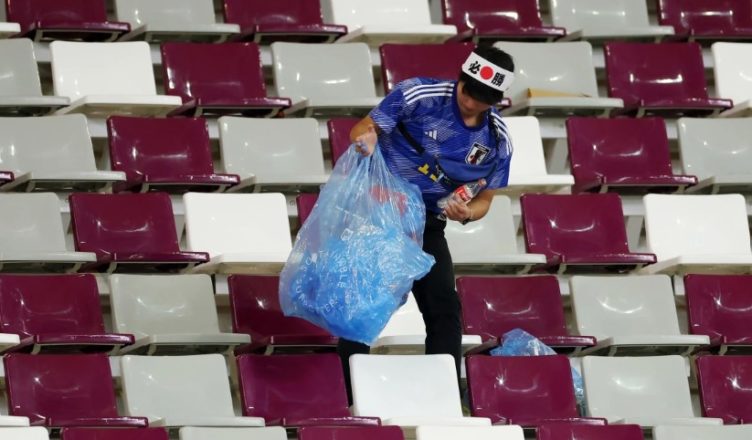 On and off the field, Japan dominated the World Cup in Qatar on Wednesday.

Following its national team’s exciting 2-1 upset victory over Germany on November 23, Japanese fans resumed a long-standing custom by staying to clean up all the debris at Khalifa International Stadium before leaving to celebrate the triumph.

The Japanese supporters were hailed for their show of respect, as they could be seen patrolling the seats with rubbish bags, picking up all the trash that had gathered during the game.

FIFA, the international soccer governing body, tweeted, “Tidying up after one of their greatest #FIFAWorldCup triumphs.” “I have a lot of respect for these Japanese supporters.”

“Even after the tremendous victory, Japanese fans remained to clean the entire stadium! It happens in every event “a fan tweeted. 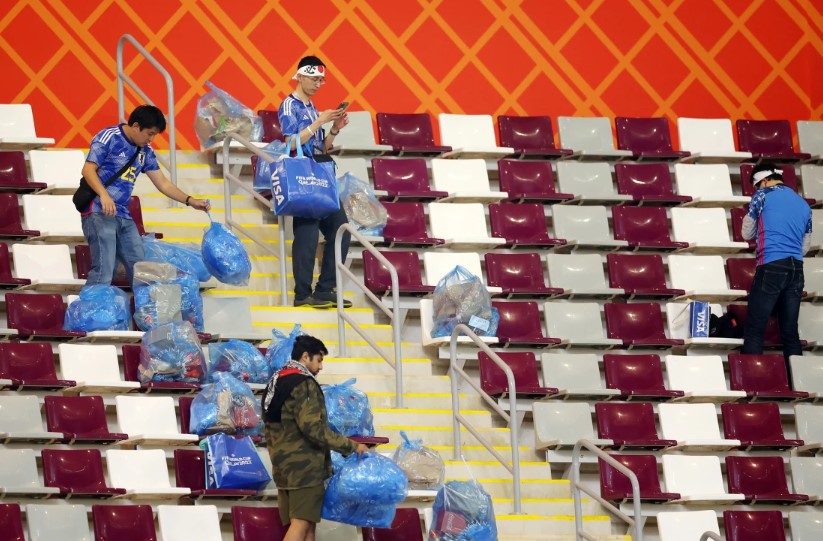 “I have so much respect for all the Japanese supporters that stayed after the last whistle to clean the stadium,” remarked another.

Whether their side wins or loses, Japanese fans make it a point to clean up after themselves.

They did their annual garbage pickup after a 2-1 loss to Ivory Coast in the 2014 World Cup in Brazil, and then did it again after a surprising 2-1 triumph over Colombia in the 2018 World Cup in Russia.

In a sport notorious for rowdy spectators, Japan’s fans have helped set a respectful tone that has often been followed by fans cleaning up debris at the same stadium in following games.