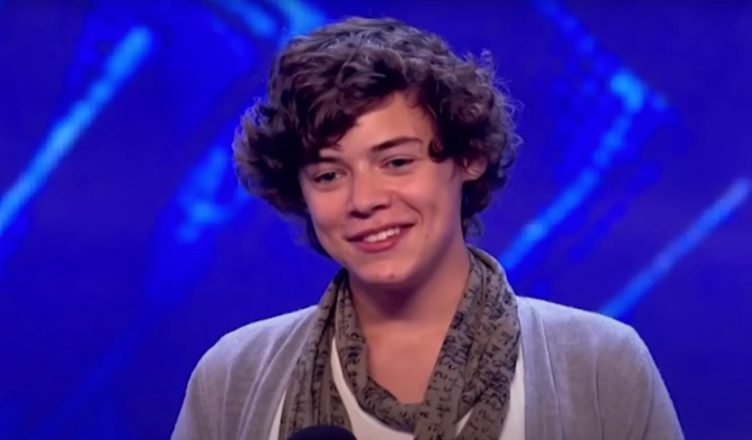 Teenage Harry Styles has a devoted fan base.

The X Factor UK aired an extended version of Styles’ audition tape this past weekend, giving One Direction fans a chance to see him perform a cover of Train’s “Hey, Soul Sister.”

The longer version reveals, however, that Styles, then 16 years old, sang the 2009 hit by Train before being requested by judge Simon Cowell to perform a song a cappella.

May I hear something just you, without any music? “I don’t know whether it’s the track that’s throwing you, but can I?” To which Cowell, 62, posed the question.

The singer of “Watermelon Sugar” also discusses his employment as a baker and admits that his mother has always praised his singing ability, which inspired him to put his skills to the test in this music video.

When questioned by Cowell how confident he was in his abilities, Styles responded, “I think I could do it, but I think with your help I could be a lot better than I am.”

As a solo performer, Styles tried out for the program alongside Zayn Malik, Louis Tomlinson, Liam Payne, and Niall Horan.

However, after being ousted early in the season as soloists, the remaining contestants were brought back on stage and encouraged to create a band, which they did under the name “One Direction.”

The group placed third overall on the competition show, went on to record five albums, and then went on an indefinite break beginning in 2015. Malik had announced his departure earlier that year.

Three studio albums from Styles have been released in the time since. His most recent album, Harry’s House, was released in May and features the singles “As It Was” and “Late Night Talking,” two of his most popular songs.

This British musician discussed his transition from band to solo artist in an April interview with Better Homes & Gardens, which was featured on the June cover of the magazine.

Styles said that his time with One Direction taught him the importance of being well-behaved and likable if he wanted to achieve his goals as a solo artist.

When asked about his time in the band, he replied, “In lockdown, I started processing a lot of stuff that happened there.”

He said he was told to “give them a lot of yourself” so that they would “connect with you, like you.”

The Grammy winner claimed that he was frequently asked personal questions by the media, and that he left interviews feeling anxious that he might have accidentally violated one of the “clean” terms in his contracts.

Those clauses, Styles said, made him behave well out of fear, and when he went solo and signed a new contract without them, he cried.