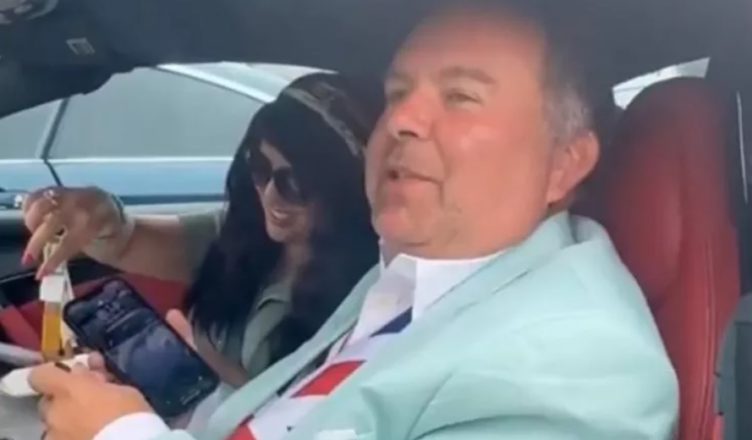 CNBC confirmed that a top Apple executive is leaving the company after making a crude joke in a TikTok video that has gone viral.

In the video, which was posted on September 5 by TikToker Daniel Mac, Apple Vice President Tony Blevins is asked what he does for a living after the TikToker sees his expensive car.

Blevins said, “I race cars, play golf, and kiss big-breasted women.” “But I take time off on weekends and holidays.”

Forbes said that the executive’s answer was a reference to the 1981 movie Arthur, in which the main character says, “I race cars, I play tennis, I kiss women, but I have the weekends off, and I am my own boss.”

Blevins added “big-breasted” to the line himself, whether or not the joke was clear. Over 1.4 million people have watched the video on the platform.

Thursday, an Apple representative told CNBC that Blevins will be leaving the company. The company told the outlet, “Tony is leaving Apple.”

Since the video went viral, the Apple employee who has worked there for 22 years has also talked about it. Blevins told Bloomberg, “I’d like to take this chance to sincerely apologize to anyone who was hurt by my bad attempt at humor.”

Bloomberg and Forbes said that Blevins was vice president of procurement at Apple and was known for getting low prices from suppliers.

Bloomberg says that he worked on the company’s satellite deal with Globalstar Inc. and led talks with Qualcomm Inc. and Intel Corp. about cellular modems.

The Wall Street Journal said of Blevins in 2020 that he was one of Apple’s “most important executives.”

After employees told human resources about the video, the company started to look into it.

Bloomberg says that Blevin’s former employees were upset by his insensitive comments, especially since the company said it was working to improve diversity and empower women.