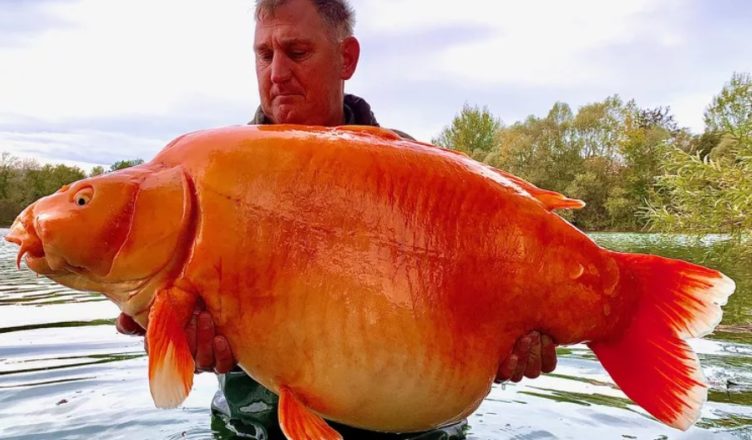 One of the biggest goldfish in the world was caught. It weighed 67 lbs. 4 oz.

The huge fish was caught by British fisherman Andy Hackett in France. According to the Daily Mail, it took him more than 25 minutes to reel it in.

The fish is called “The Carrot” because it is a cross between a leather carp and an orange-colored koi carp.

The Carrot is thought to be over 20 years old because Jason Cowler put it in the BlueWater Lakes fishery in Champagne, France, when it was just a guppy.

“We put The Carrot in about 20 years ago so that customers could fish for something different. Since then, it has kept getting bigger, but it doesn’t come out very often “Cowler said. “She is hard to find.”

Hackett said of his find, “I always knew The Carrot was in there, but I never thought I’d catch it.” 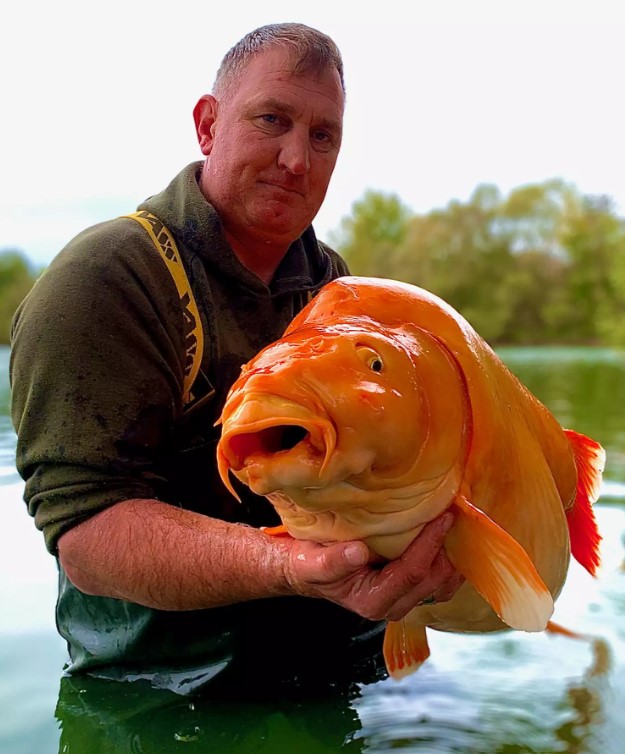 The Carrot is 30 pounds bigger than the goldfish that Jason Fugate caught in Minnesota in 2019 and was thought to be the world’s biggest.

It is also bigger than a koi carp that Raphael Biagini caught in the south of France in 2019 that weighed 30 pounds.

“When it took my bait and moved side to side and up and down with it, I knew it was a big fish.

Then, 30 or 40 yards away, it came to the surface, and I saw that it was orange “Hackett went on.

“It was great that I caught it, but I also got lucky.”

After taking pictures with The Carrot, Hackett let it go back into the lake.

“She is in great shape and good health,” Cowler said. “Andy made a great catch. Congratulations!”