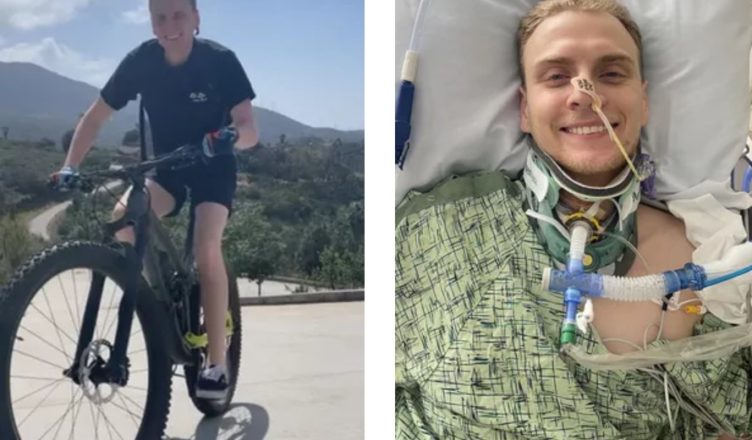 Ryan McConnaughey says of the accident in April that changed his life, “If I didn’t have my Apple Watch, I wouldn’t be alive right now.”

The 23-year-old Californian was mountain biking in San Diego County when he flew over his handlebars and landed on his head.

McConnaughey says, “I was coming up over this hill, got some air, and then it kind of pushed me forward over the handlebars.”

“Right away, I couldn’t move anything below my neck,” he says. “I was alone and in the middle of nowhere, so even if I yelled or did something else, no one would find me.”

McConnaughey knew that he needed medical help right away and that his life depended on it. His friend Peter, who had been riding with him earlier that day, was the only one who knew where he was.

McConnaughey watched the sun go down over the horizon. He couldn’t move his legs or arms to get to the phone in his backpack, so he called out to his Apple Watch and told Siri to call Peter.

Siri answered, and a speakerphone call was made to Peter.

“I wasn’t sure what to think. It was a life or death situation,” he says. “My cell phone was in my backpack, which was on my back, and I couldn’t get to it.

There was no way I could have gotten there. Not a chance.”

A short time later, Peter found McConnaughey, and the police and fire department arrived soon after. He also talked to his girlfriend, Lauren Housh, before they got there.

In a sad voice message, he told her, “Lauren, I’m so sorry, babe.” “I fell while mountain biking, and now I can’t move from the neck down. I’m by myself. I can’t move, so I’m calling you from my Apple Watch.” 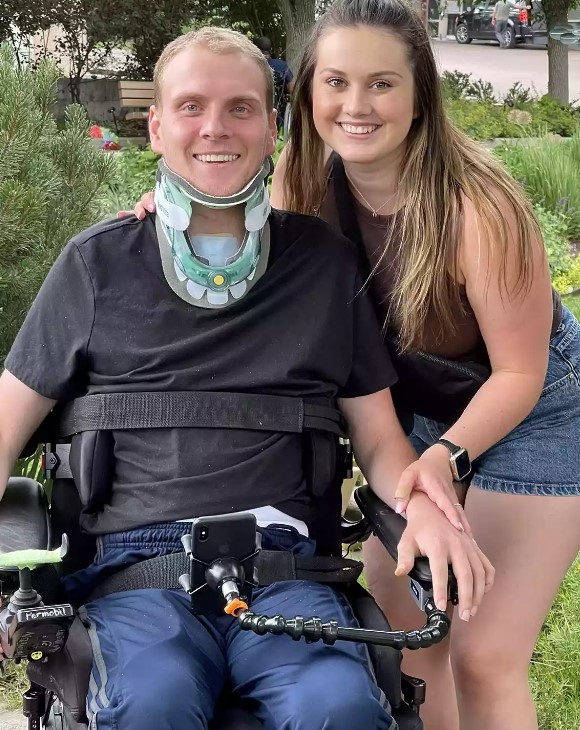 “I love you so much, babe. I just love you more than anything else in the world, and I’m not in any pain. I’d like you to know, “McConnaughey added.

Later, Housh posted the voicemail to TikTok, where it has been seen by millions of people.

McConnaughey was flown to a local hospital and has since had many surgeries to relieve pressure on his spine and stabilize his vertebrae.

Four months after the accident, he went back to San Diego. Since then, his arms have started to move again.

He still can’t move anything below his chest, but he’s still optimistic that he’ll keep getting better over the next two years.

Lauren started a donation drive to help McConnaughey get better, and so far she has raised almost $40,000.

“The help I’ve been given is just…” Before stopping, McConnaughey says. “Many of those donations came from people I’ve never met. I’ve just never seen people like this before, so it’s nice to get help from people I don’t even know.”

He still thinks about how the small but powerful device on his wrist is the reason he is alive today.

He says, “I think about it all the time.”

He adds, “No one knew where I was.” “There’s no way I would have made it through the night.”