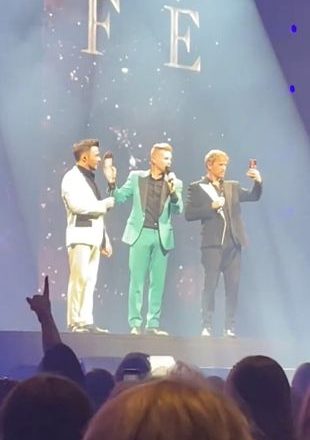 Mark said he was sick with pneumonia after he had to cancel a few shows.

Mark recently posted a long explanation of why he had to cancel their recent shows. He apologized to fans but said he hoped to be back on the road soon.

Shane Filan, Kian Egan, and Nicky Byrne started their The Wild Dreams tour in Sheffield with Starlight and Uptown Girl.

Shane then stopped the show to tell everyone that Mark wouldn’t be coming.

He said: “Tonight, we are one man short. We talked to him today, and he’s fine. He wants Mark to be Sheffield tonight. We’re going to tell him how much we love him.”

They started playing their next songs right away, like “Fool Again,” “If I Let You Go,” “My Love,” and “Swear It Again.” 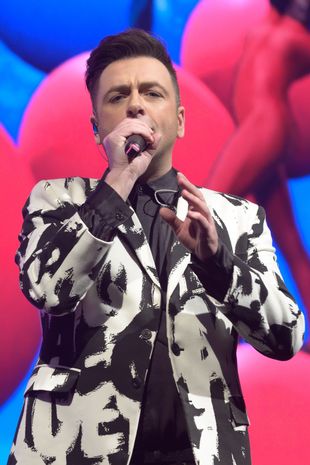 According to Yorkshire Live, the band stopped playing at one point to record a sweet message from the crowd for Mark.

They asked for the lights to be turned down so that people could shine their flashlights and chant: “Mark, we love you. We miss you, too.”

It comes after Mark told his fans online about his health.

The Irish singer wrote, “First of all, I’d like to say a huge, sincere thank you to everyone who sent their and get well soon messages. It means so much.”

“I was really sad that I had to miss the shows in Newcastle over the weekend, but I started feeling sick on Friday, and doctors have told me that I have pneumonia.

“I know it’s scary to hear the word “pneumonia” for the first time, but I was able to get to the doctor and the hospital quickly and start taking antibiotics as soon as possible, so right now everything is fine.

“I’ve been told that the best way to get better quickly is to rest and keep taking antibiotics. Every day I feel a little better. The nurses and doctors are taking great care of me, so everything should be over soon. 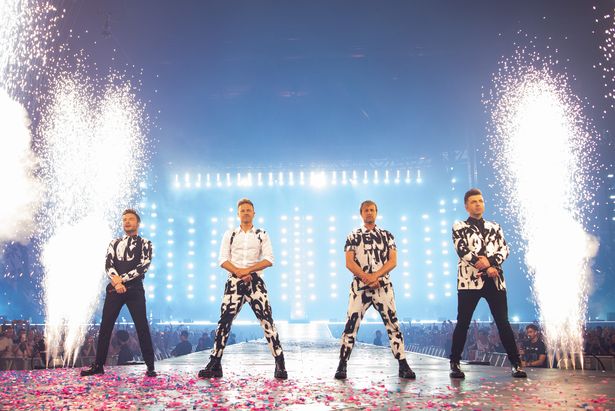 “This means I have to miss more shows, which is terrible, but as soon as I get the all-clear, I’ll be back on stage.”

Mark then confirmed that his bandmates will do the shows without him as they continue their tour of the UK and Ireland.

“Until then, Nicky, Shane, and Kian will keep flying the Westlife flag high for all of us. When I’m not there, please scream even louder for those three legends.

“I love you all and hope to see you back on the road very, very soon. Mark.”