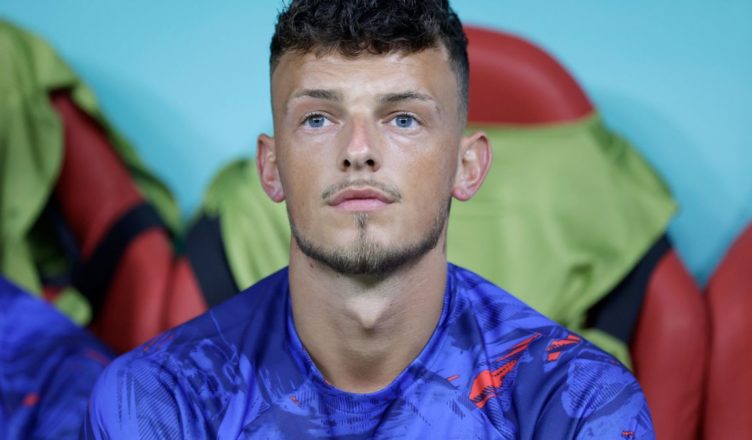 Ben White has flown home and left the England training base for the World Cup.

After being told he could leave for “personal reasons,” the Arsenal defender is not likely to go back to Qatar to rejoin the team. This week, White didn’t go to training because he was sick, according to the Football Association.

England had picked a 26-person squad, but White hadn’t played yet, and Kyle Walker’s return to fitness eased worries about not having enough defenders.

White had been playing with a hip injury, so making the team was a big deal for him. Now that he won’t be able to, it will be a big letdown.

“Ben White has left England’s training base in Al Wakrah and gone home for personal reasons,” the FA said in a statement.

“The Arsenal defender probably won’t be back with the team for the rest of the tournament.” At this time, we ask that the player’s privacy be respected.”

The statement from the FA was shared by Arsenal on their social media accounts with the caption “We’re all with you, Ben.”

White was at his second big tournament with England. He was on the team that made it to the final of the European Championships last summer.

The defender was bought for £50 million, but he didn’t play in the tournament. Since then, he has only won two caps, bringing his total to four.

England will play Senegal on Sunday night in the round of 16 because they won Group B.

Phil Foden, who started and scored in the 3-0 win over Wales, said on Tuesday night, “There’s no easy game. You can see that by how tough the USA was in the group and how Iran went on to beat Wales.

It just shows that there are no easy games.”

“We don’t know them very well, so we need to review them and get ready for the game.”