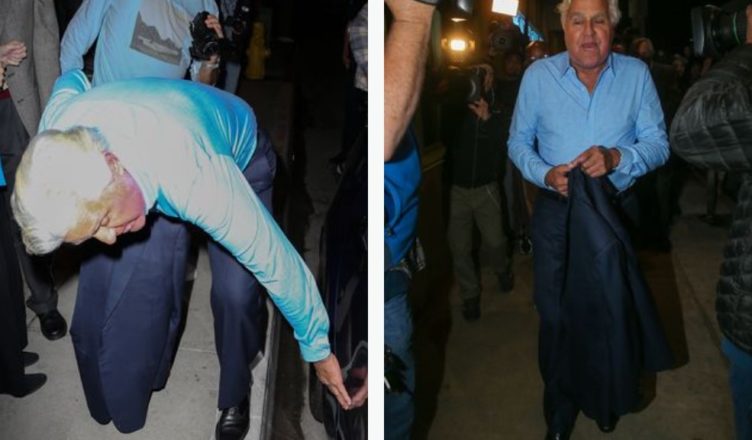 Jay Leno was involved in a car accident with a police car just six days after being released from a burn center following a terrifying fire.

When the event occurred, the 72-year-old comic was on his way to his much-anticipated homecoming gig at The Comedy & Magic Club in Hermosa Beach, California.

Jay was on his way to the venue with his wife Mavis when his Tesla’s rear right tire collided with a police Jeep.

When the officers heard the crash, they were standing outside the vehicle and turned around to see what had happened.

Jay was seen asking the officers if he had ‘hit their tires,’ but the officers said it was ‘no big deal’ because no damage had been done.

“Tonight we have two shows. Regular and extra crispy! I never imagined myself as a roast comic! 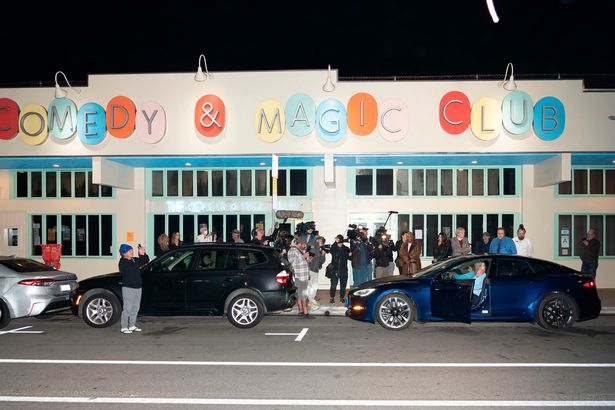 “Thank you very much, and good night. I was burned, spent a few days in the hospital, and am now back to work. Every day, people do this “Jay stated this in a video obtained by the Daily Mail.

Jay appeared to be in good spirits as he spoke with reporters outside the venue, despite recently being released from the hospital after suffering injuries to his face, neck, and arms in a major fire at his car garage in Los Angeles.

He’d been at the Grossman Burn Centre for 10 days, undergoing’skin grafts’ and other surgeries to help with his severe injuries.

Tim Allen paid Jay a visit while he was in the hospital and joked that his friend was “still handsome.” Tim told TMZ as he was leaving the hospital: “He’s great. It’s fantastic because he’s finally feeling better.

“I gave him some car magazines, and he cracked some jokes, as is our custom. We commiserated and just connected as friends, it’s the one thing you can do.”

He then joked: “His face looks great. It didn’t look all that good to begin with. He’s going with the George Clooney look, you’re going to be surprised. He’s handsome and he’s happy and the hospital is doing a great job taking care of him.”

At the time of the fire, Jay told The Mirror: “I got some serious burns from a gasoline fire. I am ok. Just need a week or two to get back on my feet.”