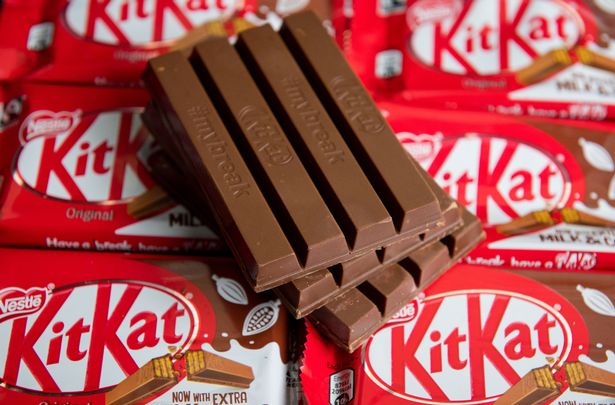 We all enjoy a KitKat now and then, but few of us are aware of the procedure that goes into creating the classic wafter snuggled under the wonderful chocolate shell.

Nestlé chocolate bars were first produced in 1935, and millions of us remember having one as a treat in our school lunchboxes or dipping into one to unwind after a tough shift at work.

But do you know how Nestlé’s famous KitKats are made? Many others don’t, and they’ve been horrified after learning the reality thanks to a new film that’s gone popular online, according to the Daily Star.

Last week, popular YouTuber Zack D. Films produced a video titled The Within Of Kit Kats Are Not What You Think, in which he explained that the wafer inside the chocolate delicacy is really constructed from other discarded KitKats that were broken during the manufacturing process.

Instead of discarding the unsuitable bars, Nestlé crushes them and utilizes them to manufacture more wafers, so reducing Nestlé’s waste production.

“They [Nestlé] claim it’s just a crisp wafer,” he explained. But what they used to make it may surprise you.

“Some KitKats break during production, and instead of throwing them away, the firm smashes them up and adds sugar.” That’s what the insides of KitKat bars are made of – broken up KitKats.”

The film has already been viewed over 6 million times and has stunned viewers, with many claiming they had no idea how KitKats were created.

“No way a KitKat is inside a KitKat, I never would have guessed!” one person exclaimed.

“This takes recycling to a whole new level,” said another.

However, one viewer was left with a crucial question: “So then… what was the original KitKat bar composed of?”

Nestlé initially revealed that it utilizes discarded KitKat bars to produce the wafers in new bars of the chocolate delicacy in 2015, when the company verified the technique on the BBC documentary Inside the Factory.

Gregg Wallace visited the Nestlé factory in York, where employee Julie Walker explained how they create wafers while cameras recorded her removing broken bars off the conveyor belt and tossing them into a blue bucket.

Julie replied to Gregg’s question about what happens to the bars she collects, “They all go into rework, where they’re used for the fillings for the wafers.” We’re weeding out those that aren’t up to par.”