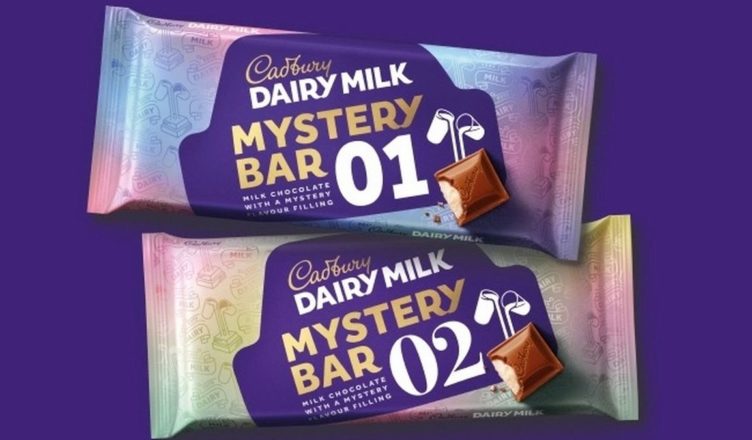 This summer, the release of Cadbury’s mystery flavor chocolate bars prompted spirited debate on social media, as chocolate aficionados were challenged to tickle their taste buds and predict the flavor in order to win mystery prizes worth £5,000.

Cadbury has finally disclosed the perplexing flavors, which are likely to be popular. Rhubarb and custard is the first flavor, while blue raspberry slushie is the second.

Following the draw, two lucky winners will get their rewards.

More than 300,000 people participated in the palate-testing challenge, but many fell short, with only 6,861 accurately guessing the flavor of the two bars.

These astute chocolate detectives have now been entered into a drawing for fantastic rewards.

“We have been blown away by the widespread excitement and conversation surrounding the Cadbury Mystery Bars competition,” said Pippa Rodgers, Cadbury Brand Manager.

“It’s been difficult keeping the flavors hidden all summer, so we’re thrilled to be releasing them to the nation and can’t wait to hear how excited our two lucky prize recipients are!”

People from London had the most correct guesses, with people from Birmingham and Manchester tied for second place.

Throughout the tournament, some people made unique recommendations in an attempt to predict the mystery ingredients.

Traditional pudding flavors such as apple crumble and Bakewell slice were suggested for bar flavors.

Others, meanwhile, came up with some more unusual suggestions, such as rosewater, pear drops, and Turkish Delight.

Some chocolate enthusiasts even speculated that the mystery flavor may be pink chocolate mice, a childhood favorite for anyone with a sweet tooth.

Blueberry muffin, bubblegum, black forest gateau, and knickerbocker glory were among the flavors available to others.

Cadbury teased fans during the six-month flavor challenge by posting clues on social media to help these chocolate sleuths solve the secret.

Don’t worry if you haven’t tried the mystery flavors yet. While supplies last, Cadbury Mystery Bars are still available in retailers around the country.

Now that you’re aware of the tantalizing flavors, try them before they’re gone.