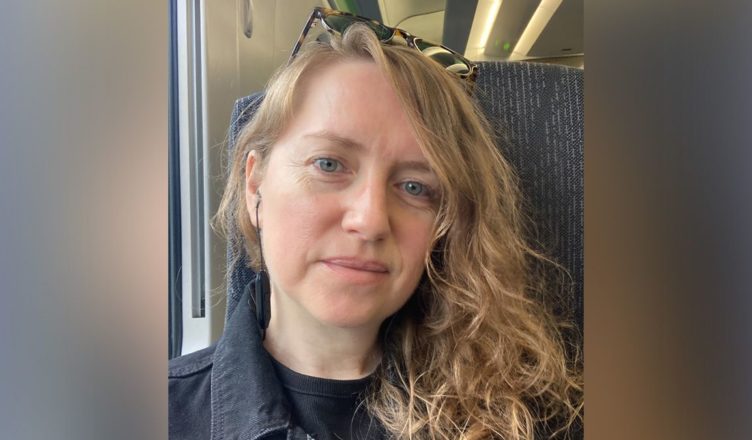 Introducing a new partner to your parents can be a nerve-racking event, but when there is an age difference, you may have to face some additional difficult questions.

Carla Jones’* parents travelled from Australia to the UK for a visit this weekend, and they got to meet their daughter’s new boyfriend.

Carla, a London-based designer, is 41 years old but loves to date guys more than ten years younger – her current lover, BB*, is 28 – and claims she should not be made to feel guilty of her choices.

The self-proclaimed cougar has been dating in this manner for as long as she can remember, but she realized how vital it was for her relationships once her marriage ended.

She resorted to the dating app Tinder, feeling confused, and gradually began to lower her age preference. Men in their twenties were lining up to take her out, much to her surprise.

While some young guys may view Carla as a ‘cougar fantasy,’ she has managed to parlay her happy lifestyle into a money-making side enterprise that she hopes will inspire other older women.

“Being a cougar is my passion as well as my side hustle,” she explains. “It wasn’t intentional for years.

“I was living overseas in my late twenties and early thirties and ended up hanging around with younger folks. They were more fun and open-minded, which drew me in.”

One of the men she dated, who was six years her junior, later became her husband. However, their five-year marriage terminated in 2019.

“It was a difficult period,” she recalls. “I wasn’t happy with myself, and most of my friends were married with children or lived on the opposite side of the country.

I simply wasn’t meeting any other single individuals.”

Carla took a risk and downloaded dating apps in May 2020.

“Tinder allows you to specify your choices, such as location, gender, and age. I recall starting with my own, which was 38, and steadily lowering it.”

“All of these younger guys started swiping on me. I couldn’t believe it; all I could think was, ‘Are you serious?'”

“I felt washed-up after my divorce, as if no one would want me. Now here were these young men who obviously did. It felt great!”

She was nervously stepping out on a date with a 30-year-old after two weeks of swiping.

“I wanted to put an end to my marriage, relax, and have some fun. But I was concerned. Would a younger guy see the’real’ me and assume there was some sort of misrepresentation? Is he going to think I’m a catfish?

“Fortunately, meeting him was like winning the lottery. He was charming, lavishing me with praises and attention. The date and sex were both fantastic.”

She claims she’s had fantastic encounters with younger boys in the two years since, even while dating many people at the same time.

“The most I’ve ever dated at once was four, and I was in a ‘friends with benefits’ throuple earlier this year as well,” she says.

“The last two years have been life-changing for me because I’ve regained my sexuality and discovered what pleasure means to me.”

While Carla acknowledges she doesn’t have a ‘style,’ she does favor a certain age range, adding: “I’ve discovered that 25-30 is my sweet spot.

“Younger than that, and our lifestyles and maturity levels are too dissimilar to establish a genuine connection. Guys over that age are usually looking for a bride.”

Men who are in that magical five-year age window have another edge.

“Men in their twenties are more open-minded. I don’t want children, and I’ve realized monogamy isn’t for me, which makes dating individuals my age or older difficult.”

But, regardless of the decade they were born in, without a spark, it’s game over.

“I can’t enjoy sex if I can’t talk,” she replies emphatically. “I won’t get into bed with anyone, no matter how young and attractive they are, until we connect on a deeper level.”

Carla’s life has been filled with adventure and joy as a result of following her intuition.

“Now I’m obsessed with sex, kink, and pleasure positivity. I simply want to normalize being open about our desires.

“There are so many stereotypes about what women should and should not do, especially once you reach a certain age. But why should we retire to a quiet corner after we reach the age of 35? We, too, are entitled to pleasure.”

And when you’re breaking the rules, you don’t have time to waste on those who want to make her feel awful.

“I will not date somebody who evaluates or makes me feel uneasy or unwanted because of the life choices I’ve made. That is a complete deal breaker.” Carla’s friends have been encouraging from the beginning, and she is now spreading the news to other single, older ladies.

Friends in long-term monogamous partnerships have told Carla that she has inspired them to rediscover their sexual spark.

“‘Perhaps you might try dating a younger man and see how you like it,’ I said to her single pals. I’m just pointing out the options.”

Carla’s cougardom, however, is not universally celebrated. She is regularly trolled on TikTok, and she no longer reads the comments on her videos.

And her assurance can be misplaced, she claims, by certain eager males who give her unwanted attention and email unsolicited images of their genitals while making obscene comments.

“I’m just a cougar fantasy, someone people assume wants to sleep with every young guy or be a’sugar mummy.’ Sex with an older woman is just another item on their bucket list to brag about to their friends.”

Meanwhile, people she knows in her professional working life may pass judgment on her.

Carla faced considerable reaction after male colleagues from a previous job discovered her sex-positive Instagram avatar Madam Mayhem. But she refuses to be embarrassed.

“What’s the point? So what if I want to celebrate my sexuality and two consenting people want to sleep together? It has no bearing on my ability to accomplish my job.”

Carla’s’side business and passion’ for the time being is being a sex-positive cougar. She maintains an OnlyFans account, works as an affiliate for sex toy firms, and provides cougar dating guidelines to help young men approach older women.

“Right now, I don’t make enough money to make it a full-time job. But that’s only a fantasy.”

“I’d like to work full-time in the field of sex education and sex positivity. Educating younger men on how to have successful, respectful relationships with older women and showing women the life-changing power of pursuing their wishes.”

Partner BB is her biggest supporter. And when he finally met Carla’s parents, everything went swimmingly.

“There was no awkwardness; they all got along swimmingly. Especially BB and dad, who sat there all night making jokes about me “she claims

“It was incredible to have my parents meet the special man in my life. They want me to be content, and they can see that I am. What does it matter how many candles are on BB’s birthday cake?”

*For the purposes of this piece, Carla’s surname has been altered to Jones. Her boyfriend’s given name is not BB.