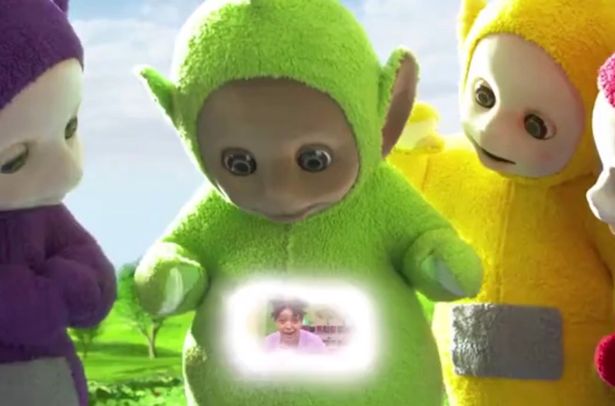 The Teletubbies have returned with a fresh new design.

Tinky Winky, Dipsy, Laa-Laa, and Po will be delighting a whole new generation of young children when they return to our screens next month, thanks to Netflix rebooting the iconic 90s program for a 26-episode season – complete with a new set and famous narrator.

The new Netflix series will release on November 14 and will consist of 26 12-minute episodes for fans to enjoy after the hit series has been off the air for four years. 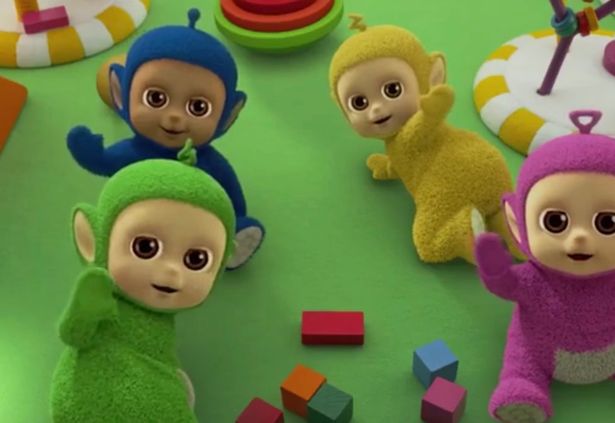 The Teletubbies was created by Anne Wood and Andrew Davenport and originally aired on the BBC between 1997 and 2001, achieving cult status during its run before being revived on Nickelodeon between 2015 and 2018.

Anne was reputedly earning a cool $150 million in 2000 as a result of creating a global smash-hit program, with the relaunched Netflix version of her masterpiece seemingly likely to raise her bank balance once more.

The Teletubbies look fairly unchanged from the original series in the first-look teaser for the latest offering from Tinky Winky, Dipsy, Laa-Laa, and Po, but some new sun babies and the show’s famous American narrator make an appearance.

“Teletubbies come to play over the hills and far away!” Tituss remarks cheerfully as the Netflix series teaser begins.

Jeremiah Krage, Nick Kellington, Rebecca Hyland, and Rachelle Beinart will reprise their roles as Tinky Winky, Dipsy, Laa-Laa, and Po in the rebooted series, after previously playing the iconic characters on Nick Jr – with the four stars uttering their much-loved excited, child-like gibberish in the new trailer.

The anthropomorphic vacuum then makes an appearance on screen to clean up the mess the naughty Teletubbies have made. 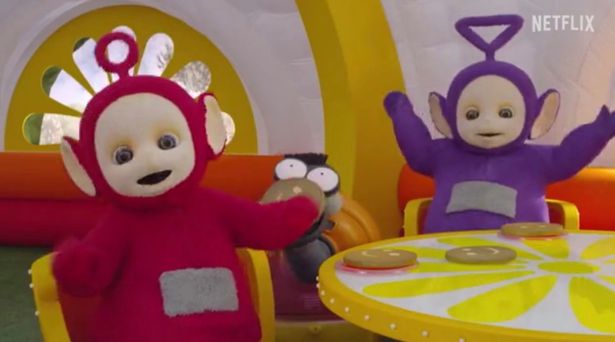 Tinky Winky, Dipsy, Laa-Laa, and Po even show off their moves in the new trailer, prompting Tituss to remark, “Teletubbies adore dancing!”

The Tiddlytubbies are a computer-generated younger version of the fictitious Teletubbies, but their trademark accessories remain the same, with Tinky Winky carrying their iconic red handbag and Dipsy wearing a cow-print top hat at one point.

Tinky Winky had sparked controversy during the show’s original run on the BBC, thanks to a peculiar issue in which televangelist Reverend Jerry Falwell accused one of the purple imaginary characters of being a “covert gay symbol.”

Falwell made the assertion due to the purple triangular insignia atop Tinky Winky’s head, as well as the character’s fondness for carrying their favorite red purse.

The Teletubbies’ opening song can be heard when the four main characters pose individually in the trailer for the new Netflix series, with Tinky Winky and Dipsy donning their distinctive accessories and Laa-Laa and Po dancing during their moment in the limelight alone.

The trailer has sparked a social media frenzy, with adult admirers flocking to share their impressions on the new and improved Teletubbies.

“If you’re hooked into my Netflix and see ‘continue watching teletubbies’… please mind your own business,” one prospective viewer remarked on Twitter as the trailer debuted.

Some were more concerned about the Tiddlytubbies’ inclusion, with one admirer joking: “Can Teletubbies reproduce? Is that new legend? We must refer to the texts.”

“‘What is the significance of babytubbies?

“I swear to G(1/???) if the reproduction cycle of these mutants isn’t touched on within the first ten minutes,” another added as social media disputed whether the new Netflix series will be worth watching, with one unhappy fan tweeting: “Teletubbies have told every narrative they need to tell.” I’m not sure how they think they have enough content for a reboot.”