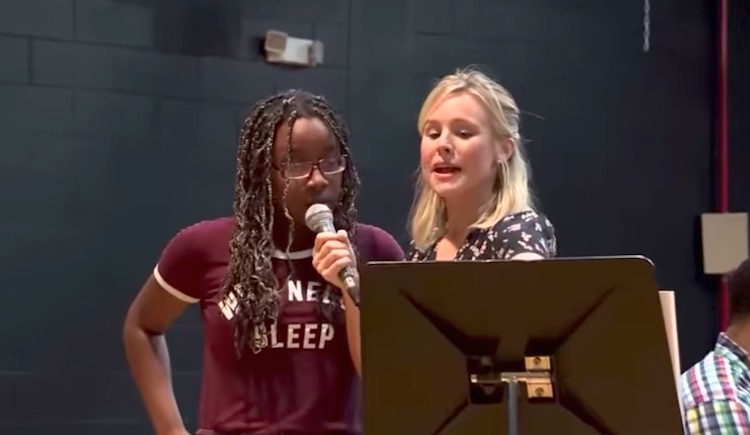 When one sees this Frozen star lifting the spirits of her fellow Hurricane Irma refugees, it is difficult to maintain a stoic disposition.

Kristen Bell, who provided the voice of Anna in the smash blockbuster Disney movie, Frozen, spent the weekend in Florida entertaining families at a storm shelter by singing songs from the film and speaking with inhabitants of all ages.

She went so far as to ask some teenagers in the audience to assist her throughout the performance.

During the hurricane, she also helped save the lives of the parents of her co-star Josh Gad by relocating them to a hotel for the duration of the storm.

This was not her only act of kindness during the storm.