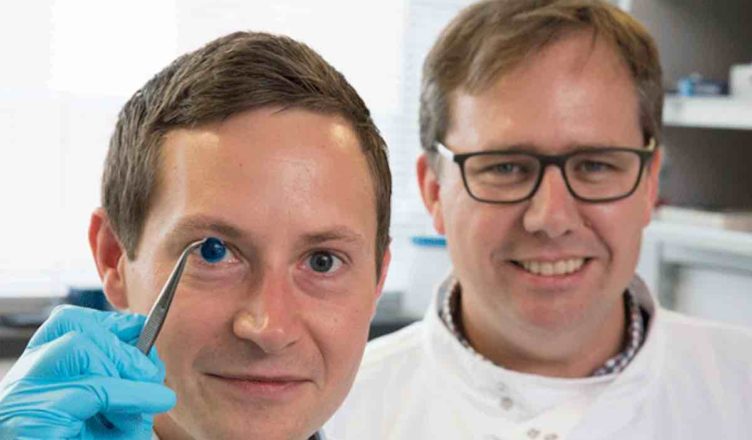 Scientists have, for the very first time, been successful in 3D printing human corneas, a technique that, once perfected, has the potential to restore vision for millions of people.

There is a significant shortage of corneas available for transplantation, which is unfortunate because the cornea, which is the outermost layer of the human eye, plays an important role in focusing vision.

Ten million people around the world require surgery to prevent corneal blindness as a result of diseases such as trachoma, an infectious eye disorder.

In addition, up to 5 million people are totally blind as a result of corneal scarring brought on by burns, lacerations, abrasions, or diseases. This causes them to be unable to see clearly.

The research that served as proof-of-concept was carried out in the United Kingdom by Newcastle University and was published in Experimental Eye Research.

Stem cells, also known as human corneal stromal cells, were extracted from a healthy donor cornea and combined with alginate and collagen to produce a bio-ink, which is a solution that can be printed.

The procedure was described in the article.

The bio-ink was successfully projected to build a human cornea by utilizing a basic low-cost 3D bio-printer, and the printing process took less than ten minutes to complete.

The dimensions of the printed tissue were first obtained from a cornea that was extracted from a human eye.

They were able to quickly print a cornea that matched the patient’s size and form by scanning the patient’s eye and using the data from the scan.

According to Che Connon, the professor at Newcastle University who was in charge of the research and headed the team, “several teams across the world have been chasing the ideal bio-ink to make this process practical.”

“Our one-of-a-kind gel, which is made up of both alginate and collagen, is what keeps the stem cells alive while at the same time making a material that is both rigid enough to preserve its shape and flexible enough to be extruded through the nozzle of a 3D printer.

Connon continued by saying, “Our 3D printed corneas will now need to go through additional testing, and it will be several years before we could possibly be in the situation where we are using them for transplants.”

“However, what we have proven is that it is possible to print corneas using coordinates collected from a patient eye, and that this technology has the potential to tackle the scarcity that is currently occurring all over the world.”