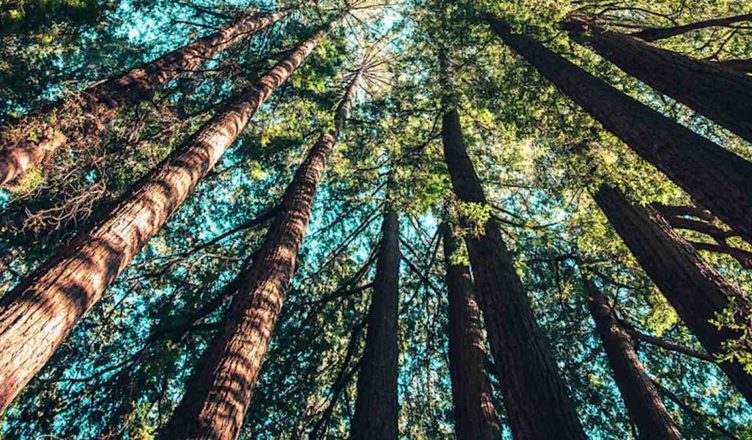 The Bureau of Land Management (BLM), in response to the recent devastation caused by fires in California, has formed a partnership with a professional non-profit forest management group in order to re-engineer the normal forest in California in order to make it more resistant to fire.

In California, forest restoration for many decades consisted on growing pine trees in rows, similar to how cabbages are grown.

The idea behind it was that there would be a significant reduction in the amount of sunlight that reached the forest floor, which would stop an influx of grass, bushes, and weeds from taking over the ground in the spaces between the trees.

This “Pines in Lines” technique also generated the ideal forest in terms of flames, as it gave the blazes sufficient fuel to reach the canopies and locations to spread in all directions of the forest.

This resulted in the creation of the ideal forest.

The non-profit organization in question is called American Forests, and it works very hard to replant forests in a manner that is much more similar to how many forests existed prior to the arrival of Europeans.

This involves planting clumps of various types of trees, not just pines, and spacing them far enough apart to prevent wildfires from spreading.

This also guards against drought because the little clumps, which are separated from the company of other trees by open land, have a stronger monopoly on the supply of water that falls on them.

This makes it more likely that they will survive.

In collaboration with the Bureau of Land Management, the Butte County Fire Safe Council, and the Butte County Resource Conservation District, American Forests is working on climate-informed projects in the San Bernardino Mountains, as well as in the area around the towns of Paradise and Concow, both of which were wiped out by the Camp Fire.

These projects include both public and private lands.

In San Bernardino, the organization will supply 75,000 trees in 2020 and 2021 to repair fire-damaged woods in the mountains surrounding Los Angeles.

Additionally, in the burn scar left by the 2018 Camp Fire, the organization will provide 120,000 trees over the following two years.

The loss of approximately four million acres of forests in California during the past three years, most of which were destroyed by fire, has a significant impact on the state’s capacity to reach its CO2 reduction targets, some of which it has already met as recently as 2016.

The state of California has set a goal for itself to reduce its carbon dioxide emissions to levels that are 40 percent lower than what they were in the year 1990 over the course of the next decade. However, the destruction of so many forests may have actually put the state further behind what it had accomplished in 2016.

American Forests goes above and above to ensure that its forests have the maximum degree of survival, and as a result, they guarantee that climate goals can be met and will continue to be met.

One strategy involves searching for trees in forests that have prevailed over a threatening event, such as a disease, fire, or drought, and then collecting the seeds of those trees in an effort to plant new forests with the same genetic resistance that the surviving trees possessed.

According to Austin Rempel, senior manager of forest restoration at American Forests, who spoke with Fast Company, “it’s extremely typical to look at what was there before the fire and just say, let’s replace that one for one—try and acquire the exact same seed, exact same trees, and transplant them.”

“However, taking into consideration the next 30 and especially the next 60 years, that does not make any sense.”