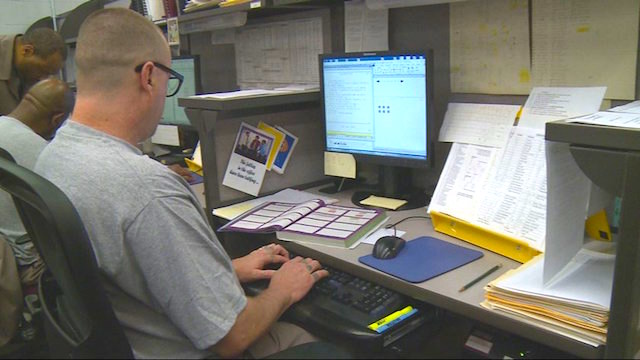 The fact that these prisoners are incarcerated does not mean that they are unable to make a positive influence in the world or engage in activity that is so significant that it will change their own lives in a way that will last for the rest of their life.

Approximately twenty-three inmates at the Scotland Correctional Institution in Laurinburg, North Carolina, have received training and are devoting the remainder of their sentences to the process of transcribing literature into braille for the benefit of visually impaired students and adults.

Teachers and crisis centers in the states of Wyoming, Connecticut, Colorado, and North Carolina have requested the braille books.

Due to the fact that many of the books are educational materials on subjects like as science, mathematics, and music, it takes a team of six translators to finish them.

WFMY reports that learning standard braille can take anywhere from eight to twelve months, and that it can take years to become proficient at musical transcription.

The Braille Transcribing Plant at the correctional institution claims that the low recidivism rate among former inmates is due to the constant strong demand for braille translators.

This success rate is consistent throughout the dozens of institutions in the United States that provide such programs.

They appear to take pleasure in what they are doing.

In an interview with WFMY News, plant manager Cynthia Stubbs discussed the importance of her employees understanding “to know that they’re accountable for that child having a book in the classroom.” They definitely put in a lot of effort, that is for sure.

The translation plant is only one of many projects that have been started by Correctional Enterprise, an organization whose mission is to teach offenders valuable life skills that can later be turned into possibilities for their rehabilitation.

The Braille Transcribing Plant completed the translation of more than one thousand publications for blind individuals in just the year 2016.

The detainees are aware of the significance of what they are doing to themselves.

“It is somewhat humorous that I have arrived at a point in my life where I am in a position to be able to offer something back.

I am in a position to be of great service to both myself and others.