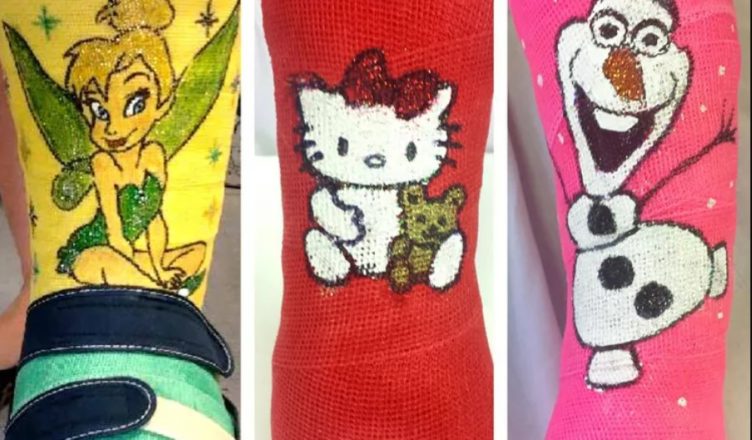 Luis Ruiz, an orthopedic technician, says, “I like to have fun and make kids smile.”

When kids break bones, they are often upset and scared, but at Children’s Hospital Los Angeles, Luis Ruiz makes getting a cast fun.

The orthopedic technician puts drawings of the kids’ favorite cartoon characters, sports teams, and other things on the casts of young patients.

“A little boy asked me about ten years ago to draw a smiley face on his cast. I said, “You know, I’m not very good at drawing. I don’t want to. I might do it wrong,’ “Ruiz tells PEOPLE.

The boy kept asking for a happy face, so Ruiz gave in. The little boy was thrilled with how things turned out.

“It made him happy!” Ruiz remembers.

Ruiz was so happy that he decided to give kids with broken bones who came to the hospital cast drawings.

Ruiz says, “I wasn’t very good.” “But as time went on, I got better and better, to the point where I can now do almost anything they ask.”

Ruiz used permanent markers when he first started making cast art, but now he uses oil-based paint pens, which he has found work better on the rough material of a cast.

Ruiz has painted thousands of casts since that first smiley face, and he says the best part is “bringing those smiles.”

Ruiz adds, “The kids just make me happy.” “I’m kind of a fun guy and a kid at heart. I like to have fun and make kids happy, and they make me happy.”

Ruiz has been decorating casts for a decade. One time, he met a young girl with cancer who asked him to draw a Wonder Woman symbol on her cast.

Ruiz says, “She was very happy to carry that drawing around because she got a lot of compliments on it.”

Ruiz cares most about these happy moments because she sees serious questions asked about the health of children in the hospital.

His cast drawings give kids in the hospital something fun to talk about and “a joyful moment” instead of having to explain what happened to them.