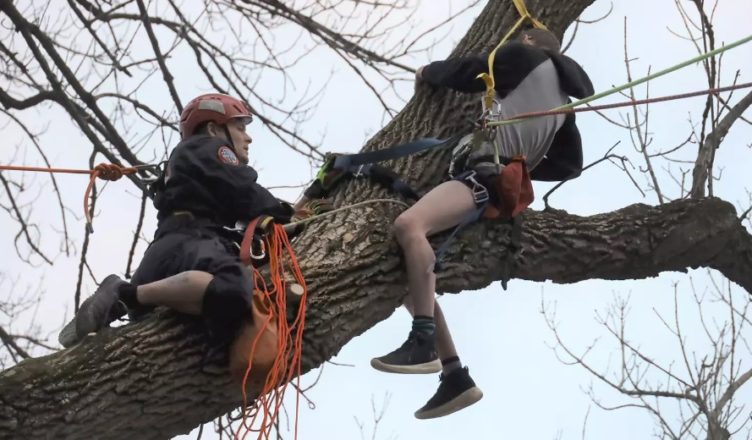 On Saturday, firefighters were called to a park in Indianapolis to save a teen who got stuck in a tree while trying to save a cat.

A Facebook post from the Indianapolis Fire Department says that a 17-year-old boy named Owen saw the animal 35 feet up in a tree at Holliday Park and wanted to “do a good deed” and save it.

But when Owen climbed the tree, he got stuck, and firefighters had to use a rope rescue to get him out.

The fire department said that Owen had no trouble climbing up the tree, but that his position made it harder for him to get down.

“Crews couldn’t just use an aerial ladder because the ground was too soft to hold the weight of the truck without getting stuck,” they said. 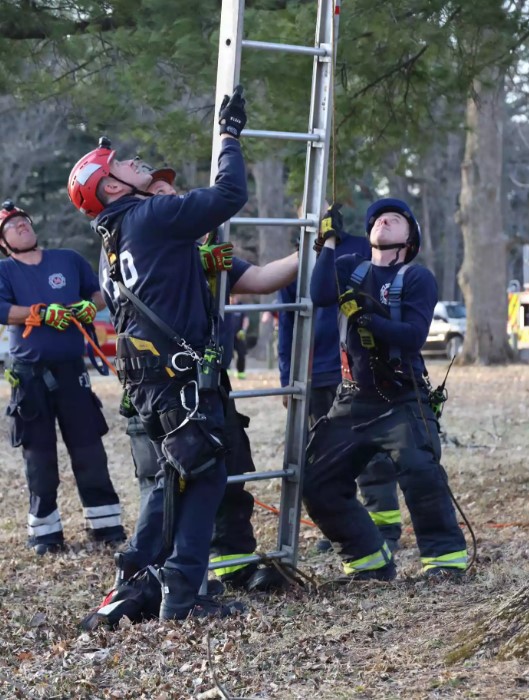 It took about an hour for firefighters to get Owen to safety. The fire department says that paramedics then checked on him and said he was “perfectly fine” with just a few scrapes.

Even though the firefighters tried to save the cat, it stayed in the tree.

“The cat seemed to like all the noise, but it didn’t even try to get down from the tree,” the post said.

People said, though, that the cat might have been “frozen with fear.”

Rita Reith, the department’s battalion chief and spokeswoman, told the AP on Monday that the cat’s owner hired a private company to get the animal out of the water.

The fire department posted a video and a bunch of photos about the incident on its social media pages. They said that Owen and his mother had given their permission.