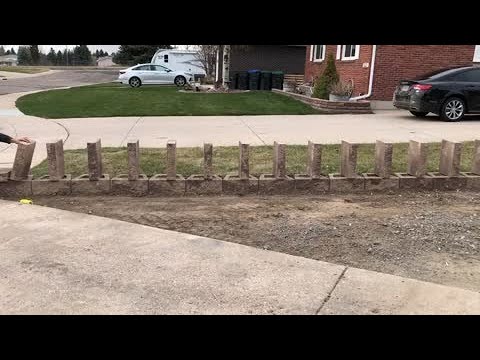 A landscaper in Cheyenne, Wyoming, recently uploaded a new video in which he demonstrates his ability to create a domino effect on the job site by using cinder block bricks, and the video has been getting thousands of views in a short amount of time.

In the description of his video, Nestor Gallardo used the word “mesmerizing,” and judging by the number of times we played it back, we have to say that he was right! The conclusion was a complete curveball that was worth it in the end.

Nestor, who is the proprietor of Big Bird Landscaping LLC, refers to the concluding phase of the domino sequence as the “backdrop” in his explanation of the process.

Just like a line of dominoes, each block topples the one that comes behind it.

The LAST brick, however, crashes to the ground, which modifies the angle and makes it possible for the brick behind it to also crash to the ground, thereby setting off a chain reaction in the opposite direction.

In the comments, Skywatcher17 said, “It’s geometry at its most elegant,” and I agree.

Nestor exclaimed, “How amazing it looks, and how it sounds!”

Look at the two quick videos down below, and make your own decision…