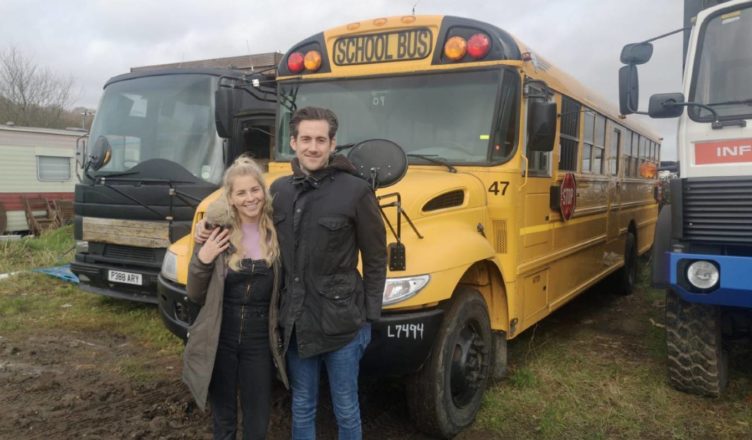 A couple from the United Kingdom who spent about one hundred thousand dollars transforming a large yellow American school bus into a luxurious house is now offering the one-of-a-kind dwelling for sale by holding a raffle.

On their first date, Lucy Stevens and Glen Carloss bonded over their love of American cars and even talked about how they both had a fantasy of transforming a large bus into a hot rod.

A few short months later, they transported a yellow bus measuring 36 feet by 8 feet from New York to Southampton, which is located in the south of England. 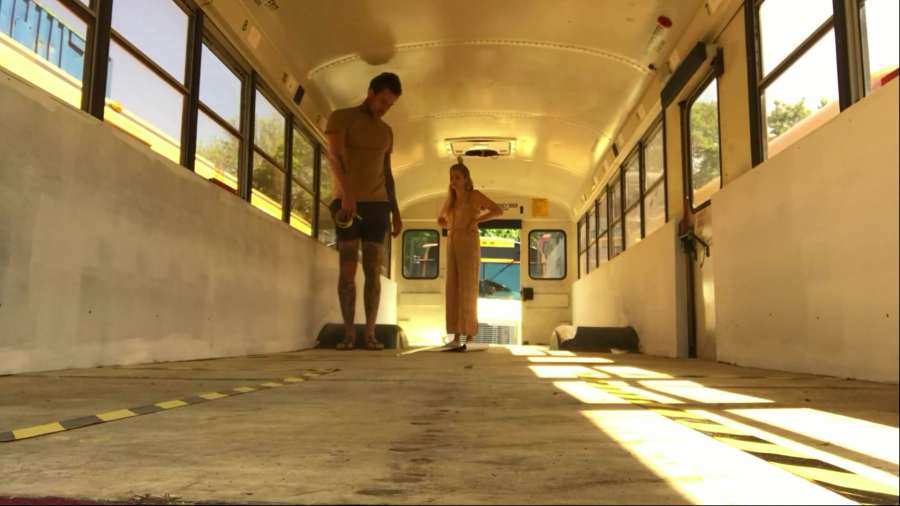 They spent almost a whole year transforming it into a luxurious mobile home, during which time it still held children’s toys, old jumpers from school that had been tossed, and sick letters.

The seats have been removed, and in their place are heating, a “movie room,” a toilet, a fireplace, and a king-size bed. However, the famous yellow façade has not been altered in any way.

Their entire process, as well as the work that went into the makeover, is documented in videos that can be found on Instagram.

Lucy stated that they both shared the same desire of one day owning a large truck so that they could go on a long road trip lasting at least a year. 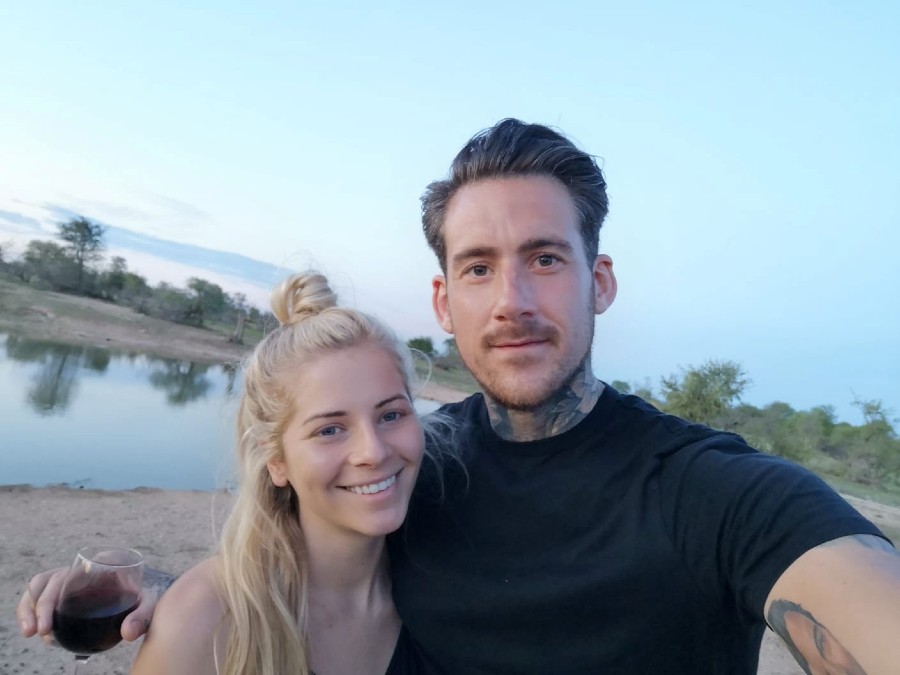 In the month of July 2019, Lucy, who works as a nanny, and Glen, who is a tattoo artist, went on their first date to a rooftop pub in London.

When their bus from the United States finally arrived? Lucy describes the size of it as “massive.” “It’s so much more intimidating in real life, but I truly adored it, to the point that I couldn’t actually believe I bought it.”

The pair immediately began work on a complete restoration, demolishing the seats and floors in preparation for the installation of electrics, plumbing, and heating, as well as separating the bathroom and bedroom from one another. 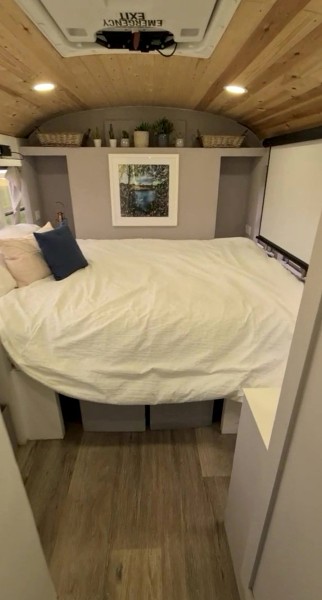 Then, they included amenities such as a couch bed, a dining area, a composting toilet, an indoor shower, a refrigerator, a cooktop, an oven, a work desk, a shower, and even a garage space for storage of outdoor equipment.

The people who are passionate about buses have virtually finished restoring a second school bus, which they intend to tour across the United States and Canada in before renting it out as an Airbnb.

What about the very first bus, which is seen in the photographs that are located above this one? Lucy and Glenn have made the decision to hold a raffle in order to sell their first American bus, and each ticket will cost £20 ($28).

They are selling the motorhome along with a monetary contribution of £1,000 ($1,390) toward the cost of the category-C driver’s license that is necessary to operate it and free storage for a period of six months. Simply head on over to this location in order to participate in the drawing for the large school bus.