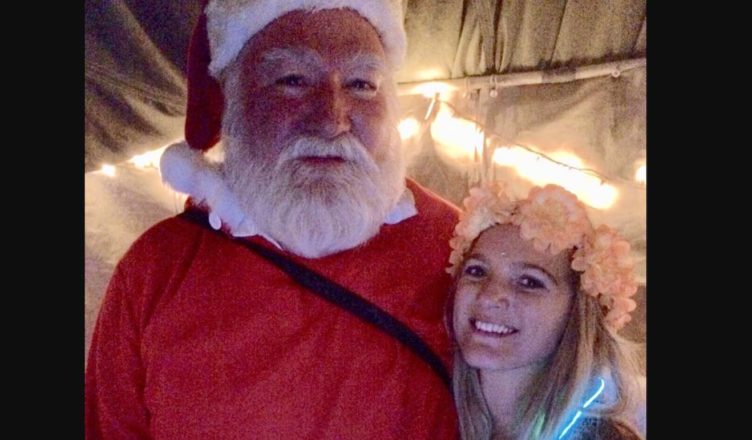 At the Burning Man event that used to take place every September prior to COVID in 2017, I had the opportunity to speak with a person who impersonated Santa Claus.

During the impromptu jazz cafe, he was handing out gifts from the enormous backpack he had brought with him. We had a wonderful conversation, however we did not share our contact information with one another.

The next year, when I attended Burning Man, I ran into the same man there again. We were able to identify each other, and he presented me with a present.

After that, completely out of the blue, he walked on to the stage with a saxophone in his hands and began to play “Santa Claus is Coming to Town” with the band.

This time, I was able to obtain his email address, and I waited several months in order to send him an email on Christmas Eve.

In the email, I explained to Santa what the holiday meant to me, as well as how much I appreciated his selfless gesture of spreading joy.

On Christmas day, he wrote back to me using the alias “Santa,” and that was the beginning of what has become an annual custom of letter writing.

The following year, I decided to take him by surprise by entering the Jazz Cafe with 13 of my buddies who were all dressed up as reindeer. We brought presents with us so that Santa could at long last be the one who was showered with goodies. 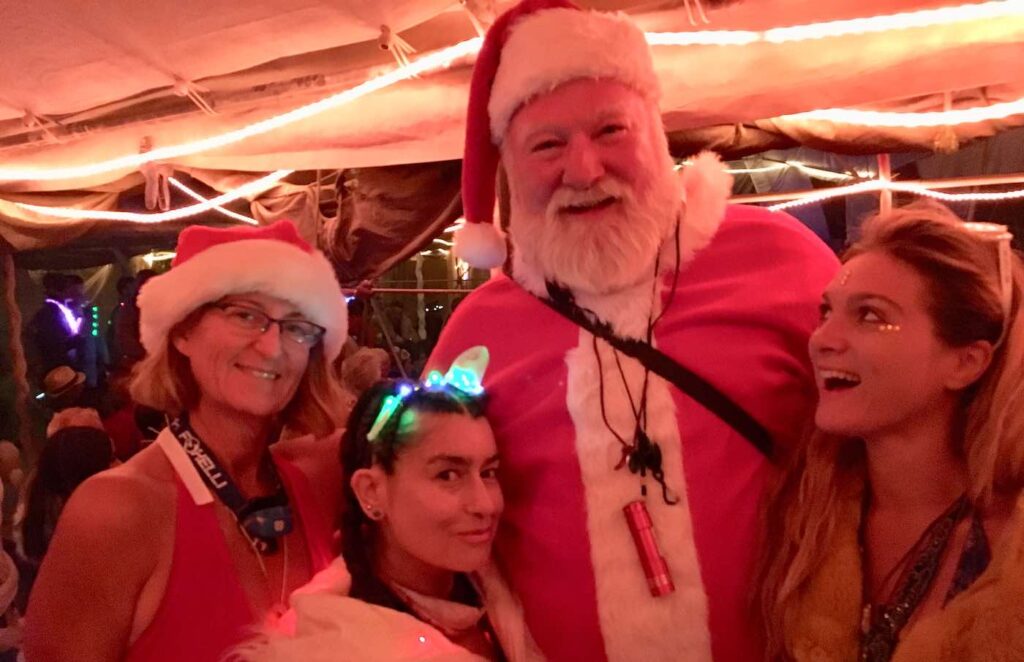 Because of the epidemic, we have not been able to get together in the past two years, but our custom of exchanging letters has continued.

Nostalgia for bygone, happier times has been a common theme in our correspondence, and the topics discussed have evolved along with the times.

For example, in the year 2020, Santa Claus claimed that he was operating from a remote location, and his Christmas factory started creating hand sanitizer since the pandemic needed him to clean the sleigh in between house visits where he delivered gifts to children. (In this regard, they exhibit a high level of responsibility.)

Santa Claus ensured that there would be no firings or layoffs, despite the fact that the elves did not earn Christmas bonuses. Santa was also on the Doughvid-19 diet when he was working from home, and he was concerned that he would no longer be able to fit through chimneys.

While this was going on, I, playing the role of Rudolph (also known as “Ruddie”), was lamenting the lack of youngsters who wanted to pet his fur and wondering if the light from my nose would be covered beneath a mask while I made deliveries.

Because of our excursions into imagined worlds, we are able to persevere through the challenges that we face as a community.

Additionally, the joyous ties and customs that we uphold are more significant than ever in this age of social isolation.

Although I lead a wandering existence, Barcelona, Spain is where I call home most of the time. I have high hopes of reuniting with Santa Claus in the year 2022. Having a unique and wonderful pen friend over the years has been a source of great happiness for me.