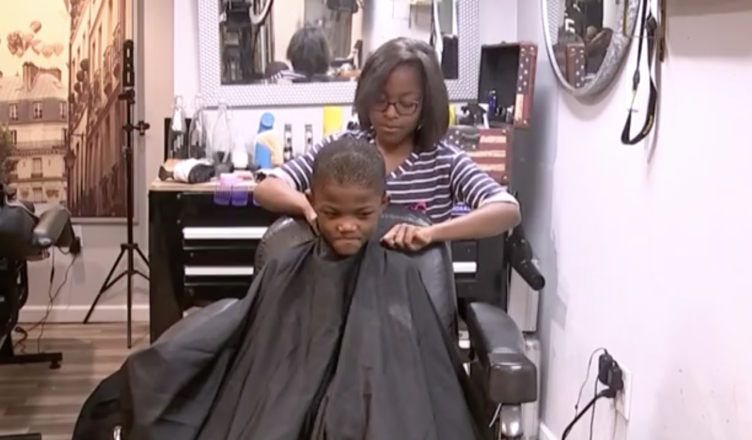 Even though she is only seven years old, she has already discovered her passion in life thanks to a pair of scissors.

As a kind of community service and before Neijae Graham-Henries had even entered the second grade, the boy had already earned his certification as a barber and was offering free haircuts to children in the Philadelphia area.

When she accompanied her brother on a visit to the Junior Barber Academy, that is when she first became curious about the art of hair cutting.

Neijae was quite interested in new hairstyles, in contrast to her sibling, who had no such enthusiasm.