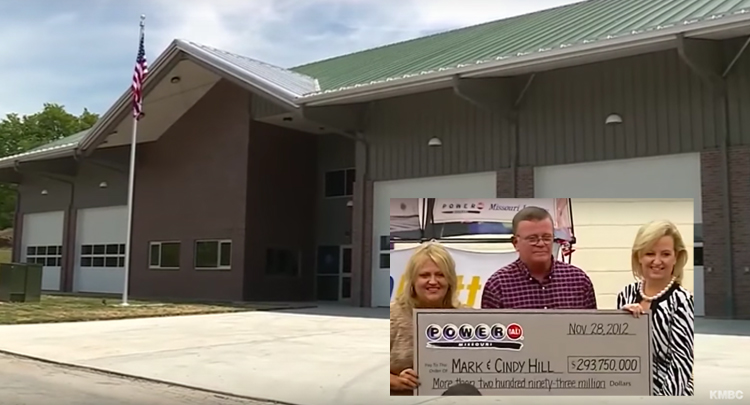 A humble Powerball winner in Missouri built a new firehouse that will last for generations. He did this because he wanted to give back to his community.

Mark and Cindy Hill won $293 million in a lottery in 2012. Since then, they have quietly given money to good causes in their community.

But they couldn’t keep their biggest gift a secret for long: they built a new fire station in Camden Point as a thank-you to the local firefighters who twice saved Mark’s father’s life.

Mark worked with architects, builders, and volunteers from the local fire department to make sure everything was perfect.

The new station was made bigger than it needed to be so that it could grow as the community does over the next few decades.

The building has training rooms, large bays for fire trucks and the local ambulance, radiant floor heating, and is wired to use the least amount of energy possible.

It is made of reinforced concrete so that it will last for the next 100 years.

The building will be officially opened on July 16, and all 500 people who live in the small town will be invited to the party.

Mark doesn’t want people to make a big deal out of his family’s gift, which is just a way for them to help out their neighbors.

“What do you know? He told KMBC News, “If my wife and I could have built this without anyone knowing that we were building it, we would have done that.”