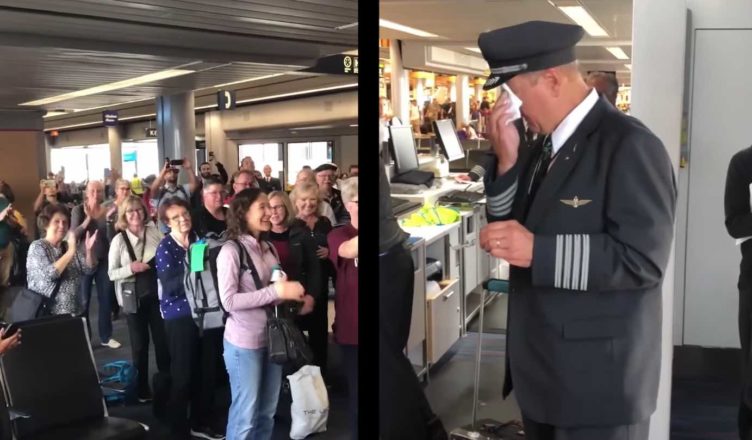 After decades of service, a pilot decided to retire, and the passengers on his final flight asked if they might give him an emotional Irish farewell.

Despite loving his job as a pilot for American Airlines, Brian Lenzen, a native of Chaska, Minnesota, must retire at the mandatory age of 65.

Lenzen was getting ready to hang up his pilot’s uniform, therefore he wanted his final trip to be memorable.

He went all the way to Dublin to spend time with a select group of his favorite coworkers, where they had a “great time” in an Irish bar before heading back stateside.

They were fortunate enough to have an Irish choir accompany them on their flight home.

After learning that this would be Captain Lenzen’s last flight, the passengers asked the flight attendant if they might sing an Irish benediction in honor of his retirement.

When the captain stepped off the plane, he heard the St. Anthony on the Lake choir singing farewell to him, and he nearly lost it.

For Lenzen, this was “simply a very beautiful event,” as he explained to KARE11. “I’m an emotional man, so when I realized that it was meant for me, I got a little choked up.”