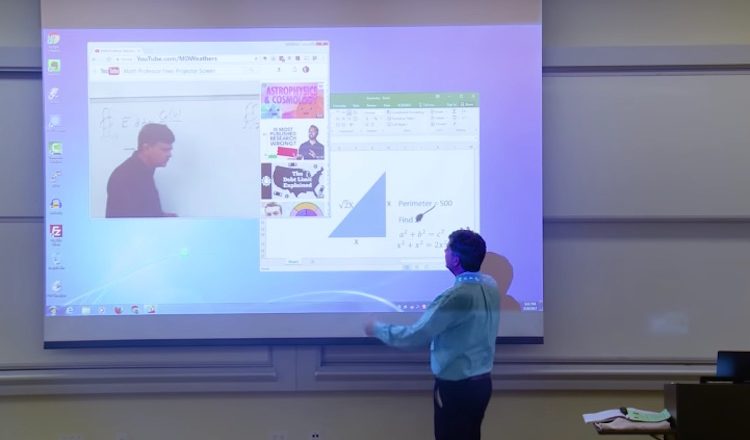 This math professor’s plan is being praised as the best holiday prank on the internet today, which is quite the accomplishment given the customary onslaught of hoax pregnancy announcements and social media jokes that are shared in honor of April Fool’s Day.

On April 1st, Matthew Weathers “accidentally” got marker on his projector screen, which allowed him to demonstrate his creativity to his class.

When he is unable to get it off with rubbing, he turns to YouTube to look for a tutorial video that would show him how to get rid of the marker.

The students are taken aback when they discover a video of Weathers himself, which transcends the limitations of the internet to provide his future self with assistance in eradicating the stain.

The psychedelic hoax continues with real-life Weathers and internet Weathers attempting to restore the marker by using cleaning fluid, kittens, and lightsabers.

Reddit users have since started begging the professor to make a “Behind the Scenes” video explaining how he did it, which he says he will do in the coming weeks in response to their requests.

It must have required a massive amount of elaborate video editing in order to execute the scheme successfully.