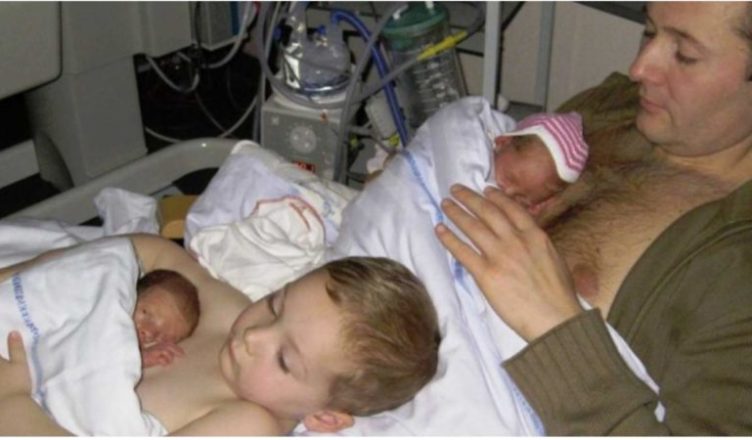 A novel approach to breast-feeding young children has been used in Scandinavian maternity centers over the past few years.

In the field of medicine, this technique is referred to as “skin-to-skin.”

It seemed as though the procedure was the most effective approach. A picture quickly gained widespread attention on the internet not long after the method was put into widespread use.

A young child was shown in the picture warming one of his newborn siblings, while his father was shown warming the other newborn. 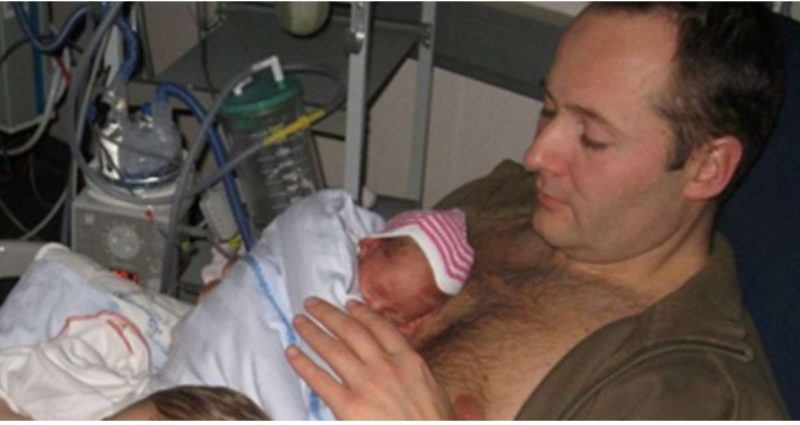 In addition, premature babies are placed on the chests of their mothers and fathers as part of this approach, which is employed specifically in this circumstance.

In point of fact, it is a really successful therapy for the newborn, since it instills a sense of serenity and contentment within the infant.

In addition, “skin-to-skin” contact helps premature infants heal more quickly and survive with less stress after birth, which increases their chances of survival.

Recently, the survival rate of preterm children weighing 1 to 1.5 kg that had previously had a 30% chance of survival has climbed to a remarkable 70% as a result of this great treatment.

Therefore, when these premature kids were finally born, their parents were taken aback and did everything in their power to ensure that they would survive. 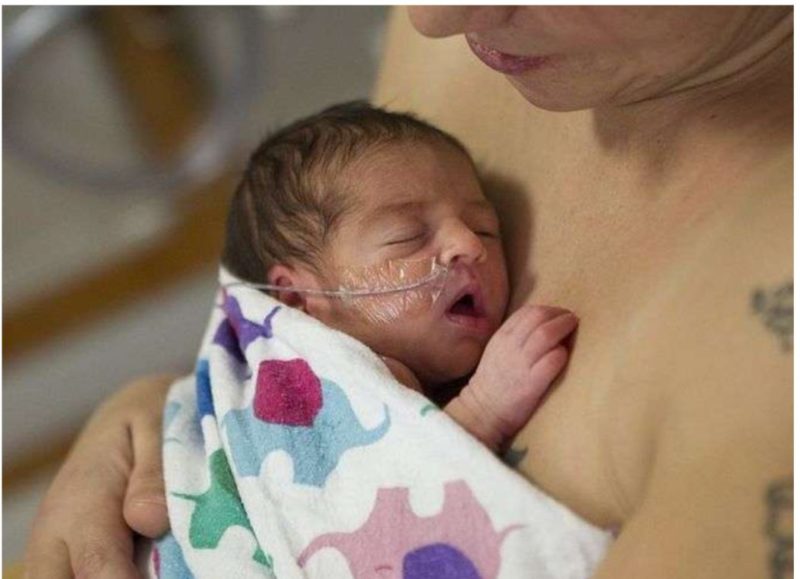 Obviously, with the assistance and unwavering support of the medical professionals!
Therefore, their son, who was 5 years old at the time, was equally apprehensive about the event.

The young child also desired to initiate something that would be of assistance to his twin sister and brother.

Therefore, his parents and the medical staff at the hospital decided it would be okay to admit him.

They believed that it was vital to stimulate the child’s empathy toward other people at a very young age. This was something that they considered was crucial.

Therefore, the young man offered his assistance and warmed up one of his siblings in such a caring manner that the other users quickly became unable to ignore the act he had performed.