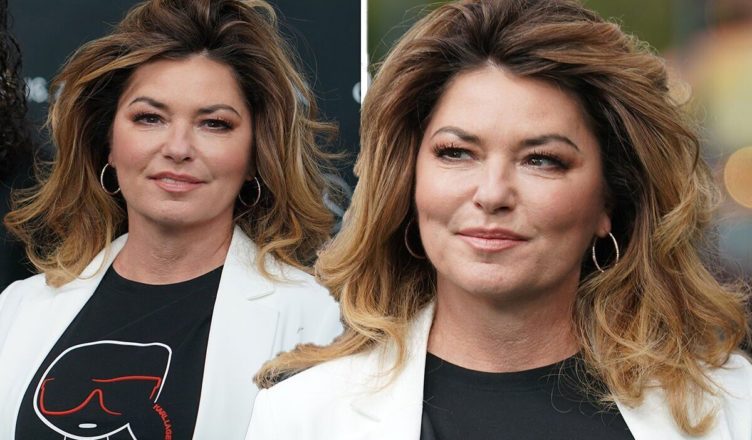 Shania Twain started off her incredible career as a singer and entertainer at the early age of ten. Later on, the Canadian singer would go on to become one of the most well-known performers of all time, rewriting the pages of music history in the process. The 57-year-old woman is still going strong to this very day.

Despite this, Twain’s life has not been without its share of challenges. Because she had a difficult childhood, the beloved performer was forced to take a break from singing for practically the whole decade.

Shania herself explained what took place in a recently released documentary. Find out all you need to know about the singing phenomena below… 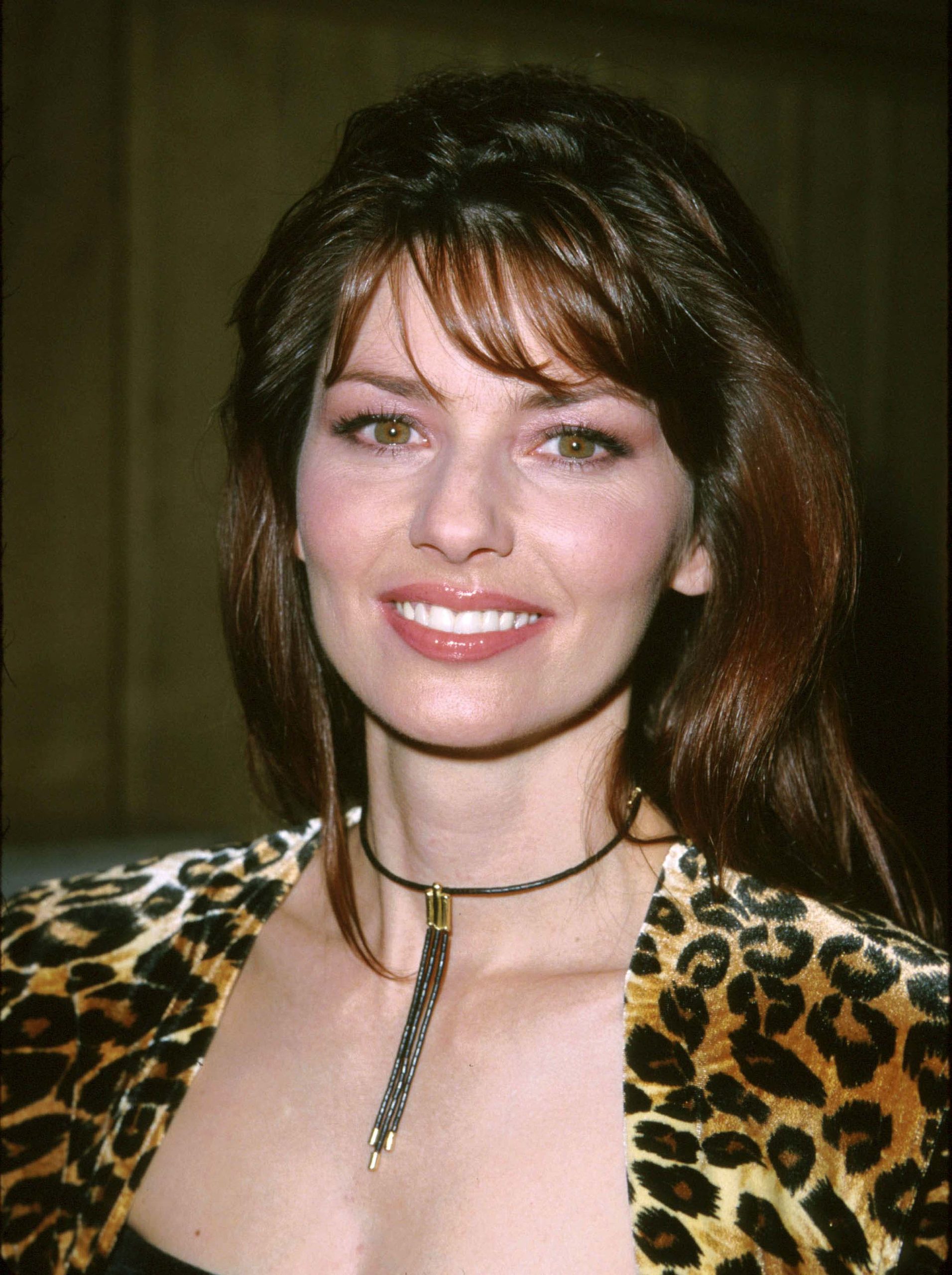 Eileen Regina Edwards gave birth to Shania Twain on August 28, 1965 in the city of Windsor,  Canada.

Shania’s parents had a divorce when she was a little kid, but a few years later, Shania’s mother, Sharon, married a man named Jerry. Jerry is Shania’s stepfather. He belonged to the Ojibwa tribe, and adopted Shania and her two siblings. After that, people started referring to her as Eileen Twain.

On the other hand, it seems like Shania did not have an easy or joyful childhood. Her mother and the rest of the family were poor, and she was beaten on a regular basis by her stepfather.

The heartbreaking story of Shania Twain’s childhood and family life

She found comfort in music and writing. In spite of the fact that her stepfather mistreated Shania and the rest of her family, she never once reported him to the authorities for help. 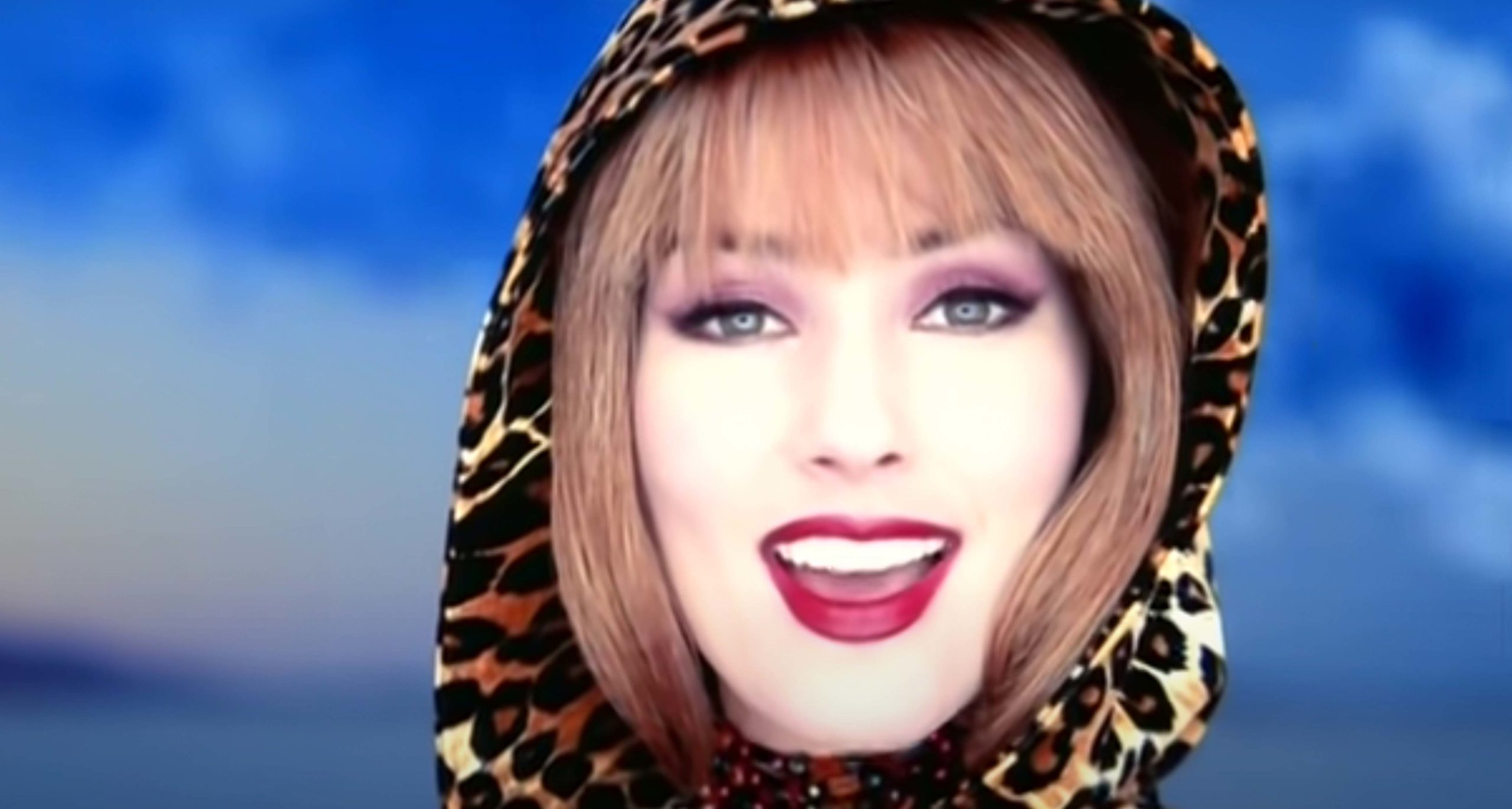 “As a child, I did often feel sorry for myself. It was either to go to Children’s Aid and be rescued right away or… “I weighed the options and thought, ‘If I go to Children’s Aid, we’ll all be separated, and I simply couldn’t bear it, so we all stayed together through thick and thin,” Shaina said in an interview.

“I wanted to flee. From everything. Unfriendly home. Tensions. Nothing to eat. There is nothing you can do when you are hungry other than try to ignore it. And it really does work. It is helpful. Many children play with dolls, but I preferred to use words and sounds instead.”

Shania Twain began singing at the age of three and began playing the guitar at the age of eight. The little girl began songwriting at age 10. Mom Sharon was so moved by Shania’s ability that she decided to put everything in one basket and make sacrifices to pay for her daughter’s tuition.

Soon, Shania began giving performances in a number of local clubs and at community gatherings. Giggs helped her mother pay the bills, and by the time Shania graduated from high school in 1983, she knew what she wanted to do with her life: she would go to Nashville and try to make it as a country singer.

Regarding her parents’ reaction to her success, Twain added, “I can assure you that they would be jumping with joy.  “I’m producing and creating my own songs. For a singer-songwriter, having the ability to record their own music is a blessing. It is really a privilege.”

But then, her mom and stepdad passed away. Of course, Twain was devastated and made the decision to pause her musical career.   She returned home instead to care for her four siblings. The young artist wasn’t giving herself enough time to mourn her mother and stepfather at the time.

She didn’t start to consider it until many years later.

“As I began to peel back the layers of anguish I was in, all of the previous losses, disappointments, and difficulties rose to the surface.  I then thought, ‘I’ve gone through worse; now let’s put it all in perspective.'” Added Shania Twain. 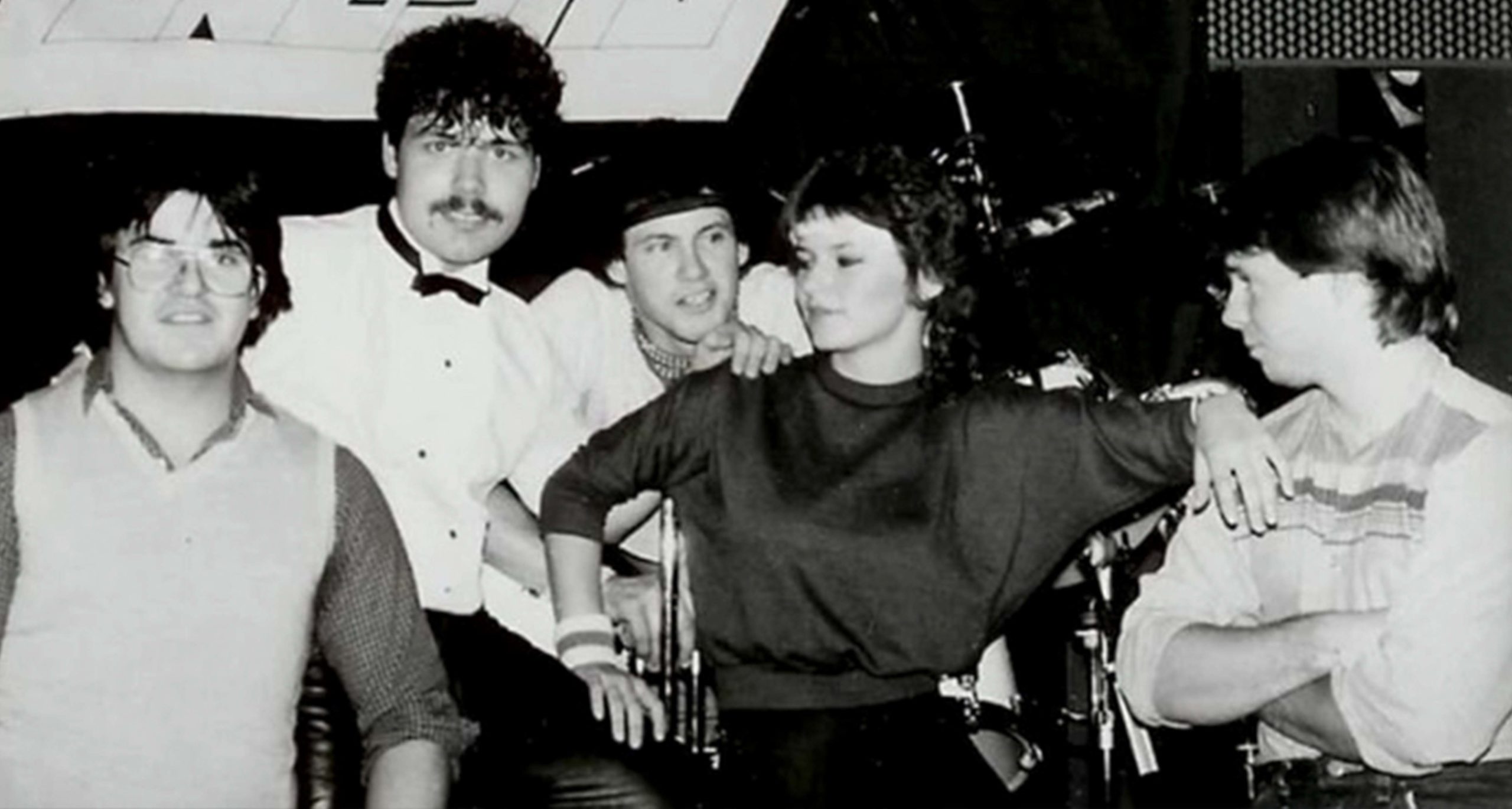 “When my parents passed away, I went through a grief that was far deeper than even the betrayal.  I don’t want to give this so much credit since I got over it.”

Shania had to put her plans for a career in the music industry on wait for more than five years. Then, in 1993, she was given the chance of a lifetime when she signed with Polygram Records as her first record label. She also made the decision to alter her name to “Shania,” which means “on my path” in Ojibwe.

Shania Twain’s self-titled first album was released the same year. It didn’t become a huge hit, but it did attract the interest of one important individual.
Robert “Mutt” Lange, a record producer, was impressed and wanted to collaborate with her on her next album.

Twain reached new heights in 1997, two years later. With the release of her third album, Come On Over, which had hits like That Don’t Impress Me Much and You’re Still the One, the Canadian singer gained international recognition.

It’s interesting to note that the partnership with Robert “Mutt” Lange wasn’t entirely business-related. Twain thought it was love at first sight when she first saw him. After falling in love, they were married in 1993 and had a son named Eja Lange in 2001. 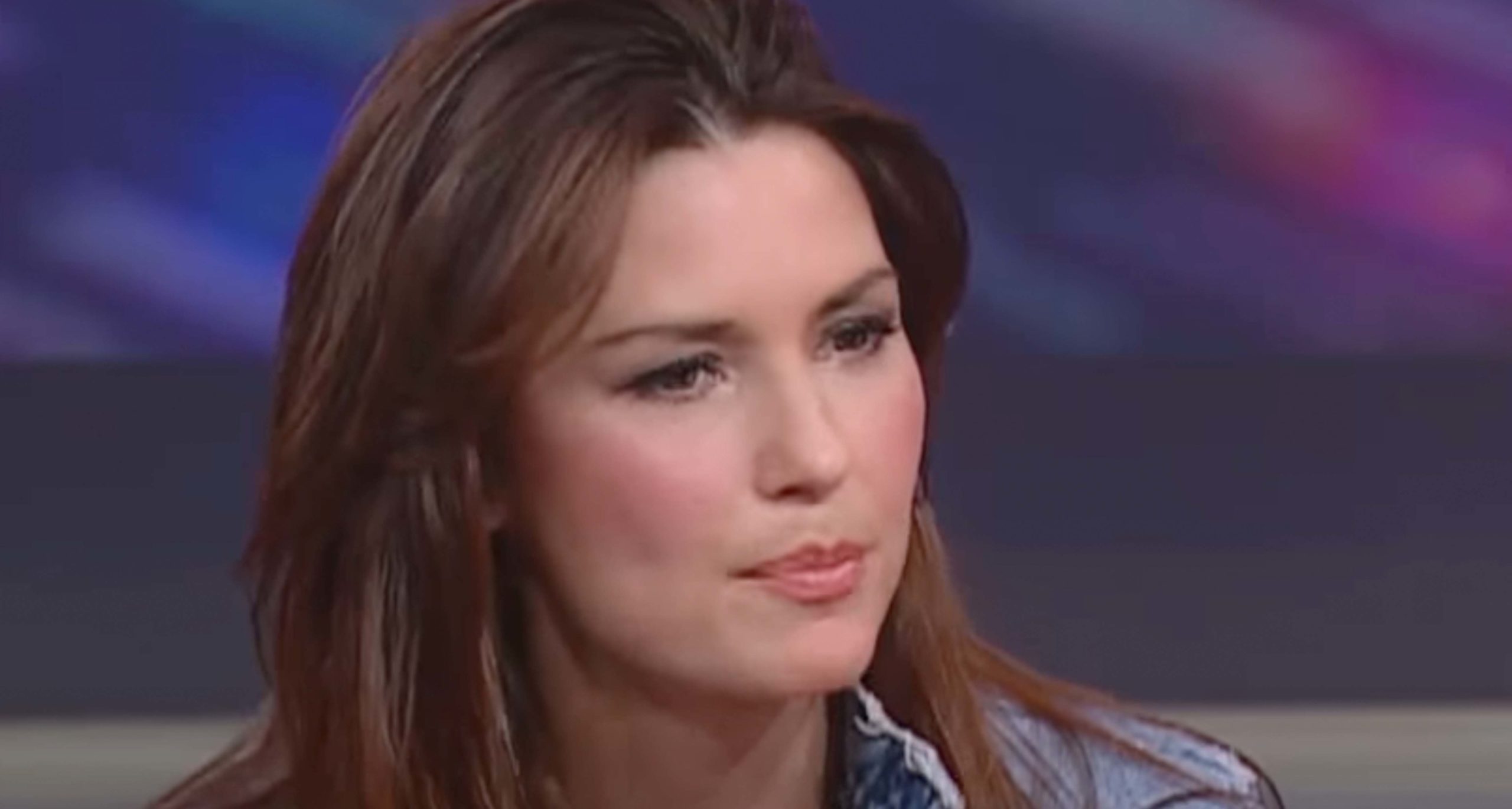 Twain said ABC, “I knew that I liked this guy when I saw Mutt for the first time. I had the feeling that I already loved him.
However, the singer believed that the spark had gone by the time she went on tour in 2004. Twain filed for divorce in 2009 because she thought Lang and her close friend Marie-Anne Thiébaud were having an affair, which they both strongly denied. 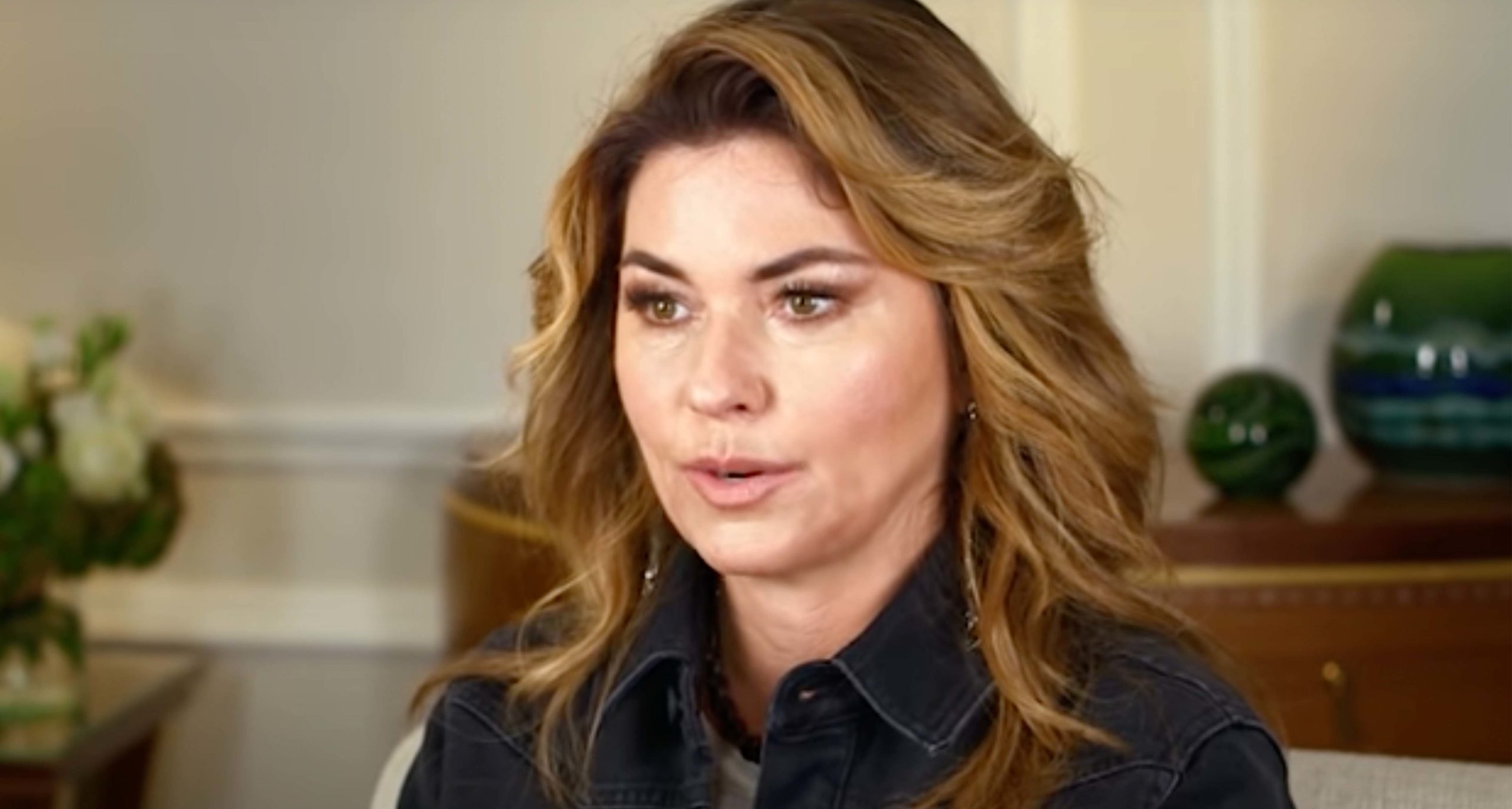 Shania’s personal life was difficult, but her career was still doing extremely well. Sadly, everything will soon change.
In the film Shania Twain: Not Just A Girl, she described how a tick bit her one day in 2003. Sadly, it was carrying Lyme’s Disease, which it transmitted to Twain. She said the symptoms were “quite scary.”

Twain recalled feeling dizzy, losing her balance, and fearing she might fall off the stage while performing.

The performer said that she had micro blackouts around twice every minute. She questioned if she would ever be able to sing again even after she had overcome those problems.

“It just went into this strange flanging, lack of control of the airflow. I failed to comprehend it. I believed I would always be unable to sing because I felt I had permanently lost my voice”, Shania said.

Twain was diagnosed with dysphonia, a physical and physiological condition that prevents her from singing correctly and results in uncontrollable spasms of the vocal box muscles. She was unable to sing with the same range of strength as previously because of it.

According to Shania Twain, “the muscles physically restrict the vocal box and prevent breath from moving correctly.” 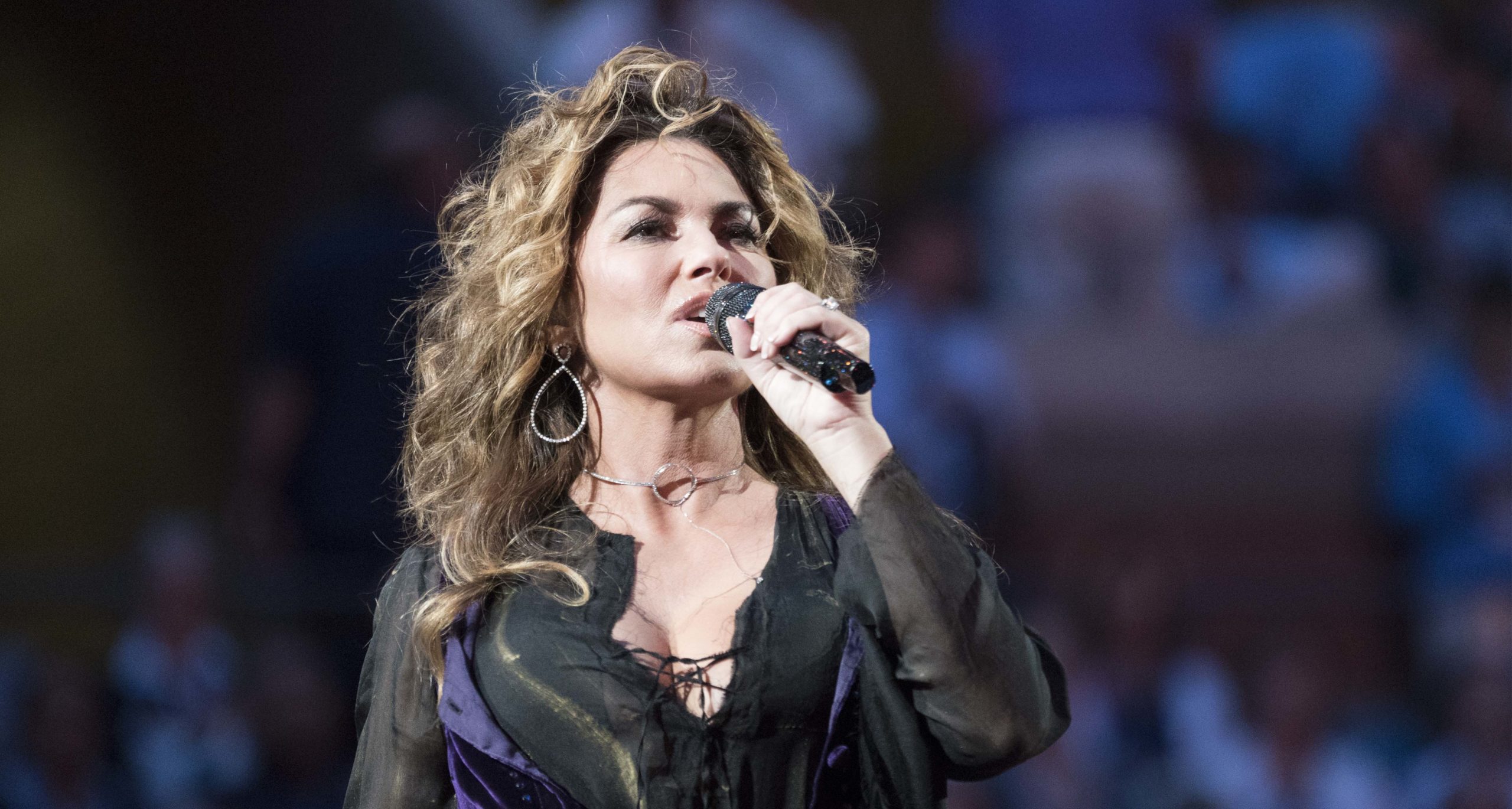 Doctors had no idea what was causing it for years. After around seven years, they finally understood that Lyme disease was the root problem.

In an attempt to fix the harm her voice had endured, Twain had a number of throat surgeries. She struggled with regular speech, and as a result she shied away from everyday situations like making phone calls.

Shania eventually recovered her voice after a long period of time. At least up to the point when she felt she could start singing again with ease and comfort. She also discovered love after starting a relationship with Marie-Anne Thiébaud’s ex-husband, Frédéric Thiébaud. The couple got engaged in 2010 and later married on New Year’s Day in Rincon, Puerto Rico.

Their shared suffering ultimately led to the beginning of their love for each other. But the truth is that sometimes you can find real love where you least expect it. 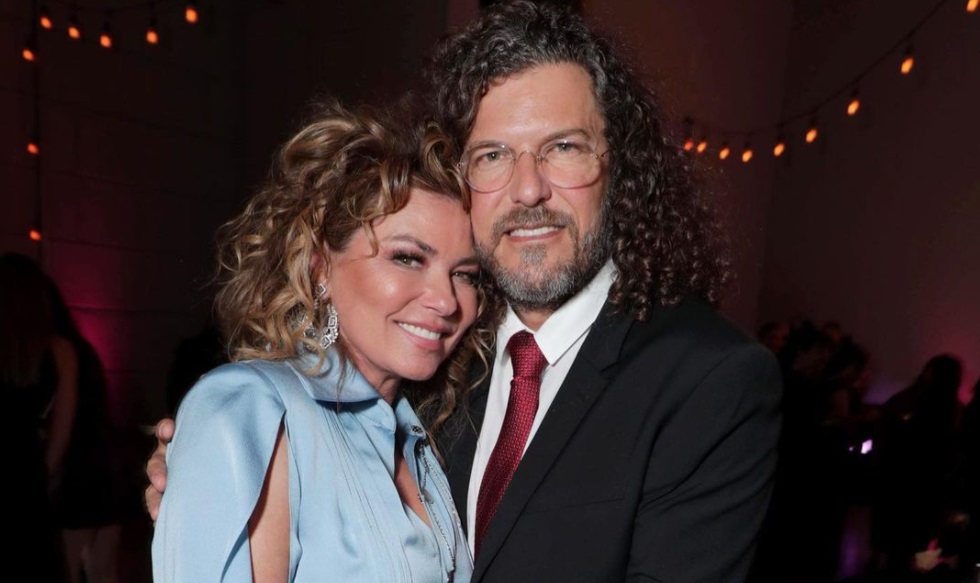 In 2011, Twain said to People, “I didn’t want to fall in love again; it was the last thing on my mind.” It’s just amazing how life works.

Shania has shown herself to be a real professional despite her numerous difficulties, including a traumatic childhood, the heartbreaking death of her parents during the early years of her career in Nashville, and later issues with Lyme disease. She has never given up on her big dream of becoming a star, and no one can say that she didn’t reach that goal.