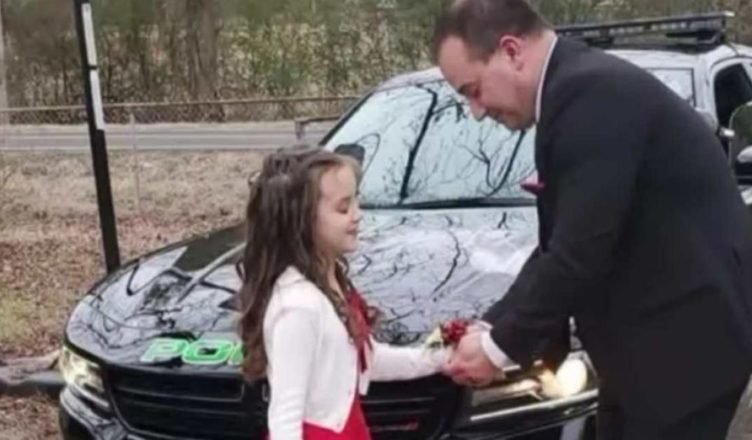 This second-grade girl always wanted to go to the father-daughter dance. Since her father’s passing, she never imagined that she would be able to do it, however.
That is, until some people came to the conclusion that it would be a good idea to offer their services as volunteer escorts for children who needed father figures in their lives.

“I called the mother, and she said it was okay… Because I don’t want to be turned down by a second-grader,” Nick Harvey, an officer at the Van Buren school, joked about it. The next day, I officially asked her if she would go with me to the daddy-daughter dance after her mom had spoken to her about it.

Avey Cox, an 8-year-old girl, sat next to Harvey as he reflected on the experience and shared his story to 5 News. Harvey was obviously overjoyed and proud of the choice he had made. He didn’t show any signs of regret and showed that he had only good intentions.

When the big day finally arrived, the parents and volunteers put in a lot of effort and did all they could to make it a lovely and unforgettable evening. Cox and Harvey planned their costumes in advance, posed for a ton of photos, took a limo to the event, and even grabbed pizza on the way.

Before turning to Harvey and smiling, Cox told 5News, “I really got to go and see all my friends there. It meant a lot.  Then, I got to go with him and have a lot of fun.”
That specific moment was so priceless. The little girl’s smile and pointing gesture towards Harvey are so absolutely adorable that they make our hearts melt.

Harvey said that it was a truly amazing night, one he in fact won’t soon forget. The officer said that both on and off the dance floor at the Arkansas school, the two created many wonderful memories.

Harvey laughed, “I danced when I can’t dance at all and kind of humiliated myself.”

Cox paused, seeming as if she was going to cry, then said, “Me and him dancing.” Harvey then hugged her. It was such a precious, sincere moment, and the bond these two share is unquestionably exceptional and valuable, particularly for a little kid who lost a parent at such a young age. 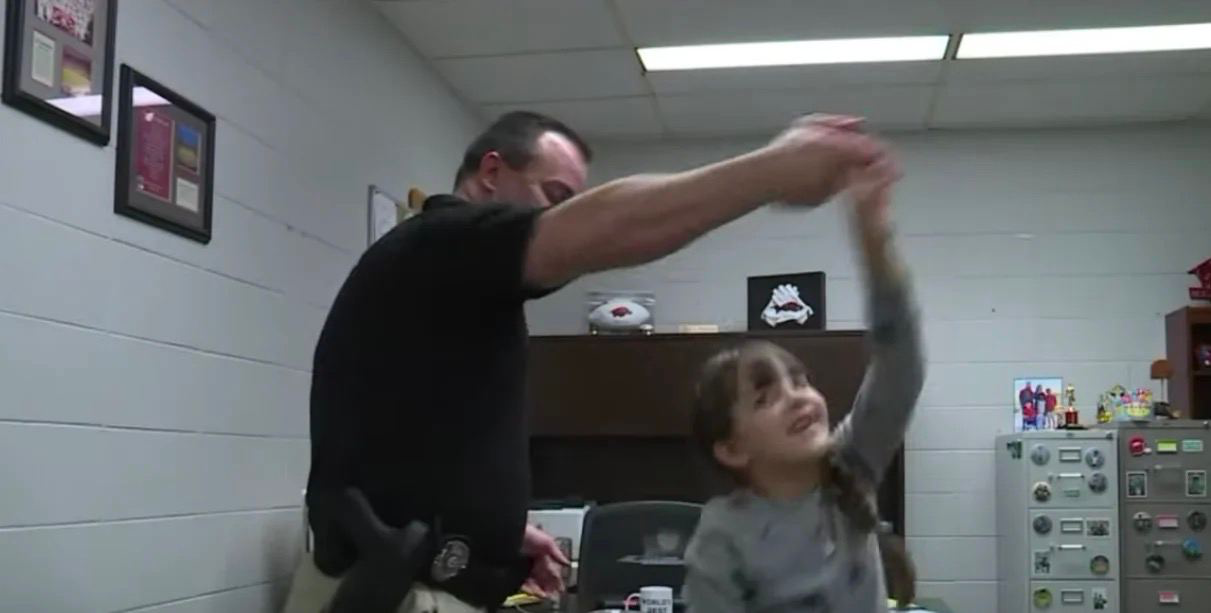 The daddy-daughter dance was a particularly memorable part of the evening. Someone at the party captured Harvey and Cox dancing and posted the video online, where it quickly went viral.

Harvey’s kindness didn’t just affect the young girl; the whole world felt how pure and important that night really was. It is so lovely to see some good people out there doing good deeds in the world today.

You may watch the video below, and please SHARE this with your friends and family on Facebook.