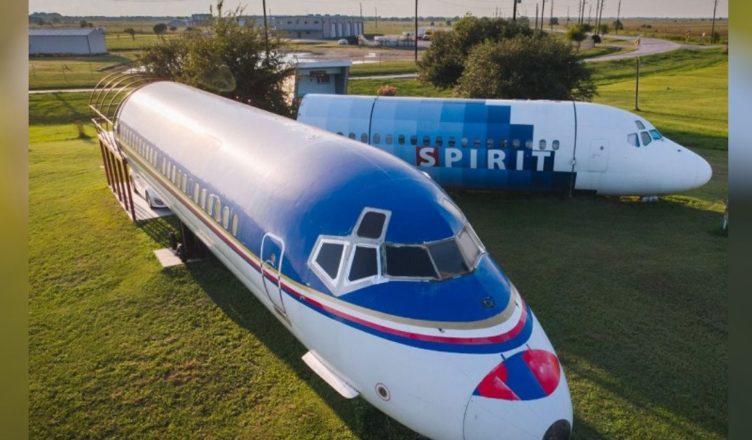 Following his divorce, Joe Axline, often known as Captain Joe, realized it was now time for him to pursue the life of his dreams.

You need to know that ever since he was a little boy, he has cherished the dream to construct his house in the sky. As a child, he was influenced to follow in the footsteps of his heroes, including his father, who flew for Pan American World Airways for many years, as well as Bill Bixby, who starred in The Magician in the 1970s. He dreamed to spend his whole life flying.

However, life got in the way, and despite the fact that he earned his pilot’s license at a young age, he continued to work in the area of technology. 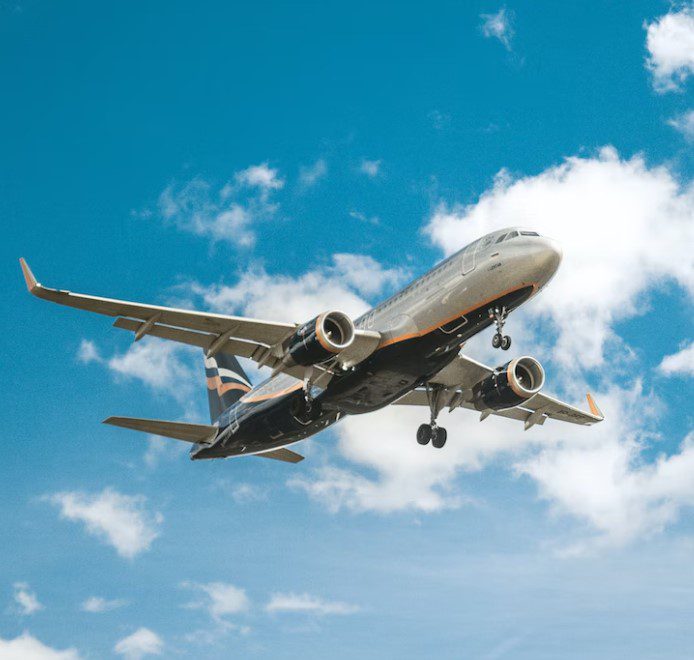 “When I got married and had a family, I had to put my plans to transform an airplane into a house on the back burner. In an interview with Newsweek, he said that “building a family and a job was a great experience; I did well and earned a lot of money creating software.”

But when he and his wife made the decision to get a divorce, he knew it was time to take note of where his life had gone him up to that point and where he desired it to take him in the future. 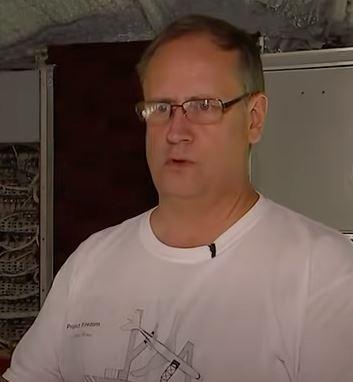 Because one of his friends had assured him at the time that “he was free,” he made the decision to follow his ambition of restoring an airplane, converting it into a house, and naming the project “Project Freedom.”

Captain Joe began working on the enormous project on April Fool’s Day 2011, immediately after his divorce, and he ultimately moved into his aircraft house in January 2012. 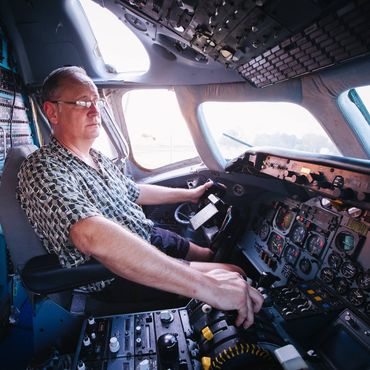 Although at first he had the intention of purchasing a BOEING 747, he soon came to the realization that even if he were to negotiate a good price for it, he would still have to spend approximately half a million dollars to have it shipped. As a result, he decided to purchase an airplane from Spirit Airlines that was a DC-9-41 instead.

He also bought half of a wrecked McDonnell Douglas MD-80 passenger plane from Arkansas. When his kids saw it, they didn’t like it at all. 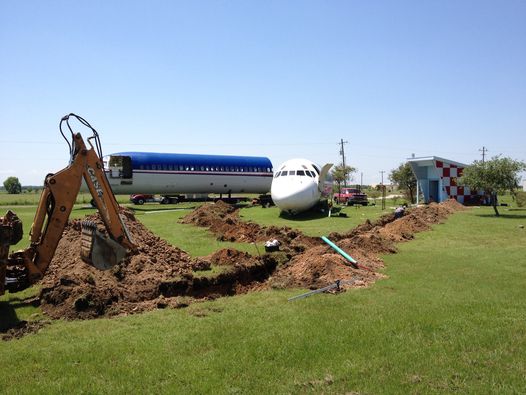 During the following months, he had it completely renovated, and he transformed the two half-planes into the ideal house in which to realize his dreams and goals.

After devoting a significant amount of effort and many hours to the process of fixing and constructing everything, he is now the proud owner of a house that is equipped with an office, three bedrooms, a bathroom, a living room, a dining room, and a kitchen. Even more impressive, he has his own wine room! 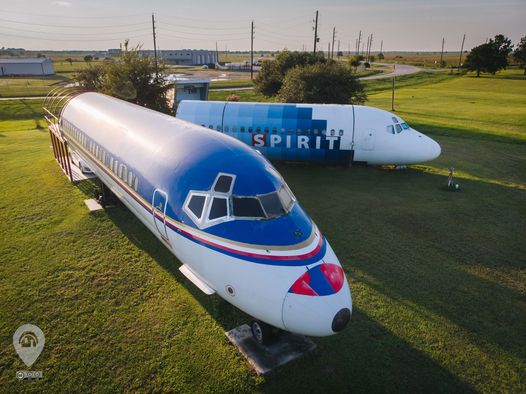 In addition, behind it is a library and a playroom for his children, who are now in their early twenties.

Since he first renovated the plane ten years ago, Axline plans to make some improvements to it so that it feels more modern. He assures us that he is still working on Project Freedom. 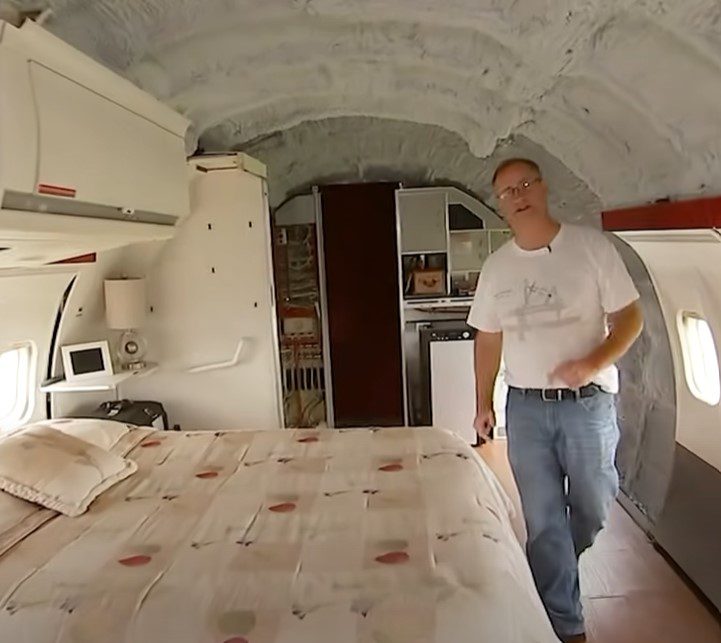 What about the years to come? Captain Joe has no idea what the future holds for him, but he is certain that he does not want to spend the rest of his life on the airplane. 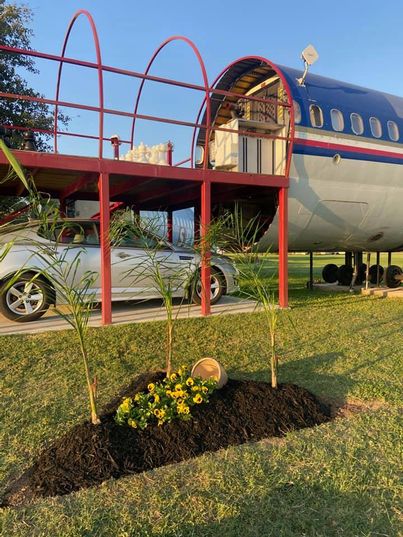 “This is simply the beginning of the next part of my dreams; I don’t plan on staying here forever.  My next goal is to build a castle on a lake somewhere. He explains, “I have seen a place that I like, but I don’t want to ruin it by talking about it.” 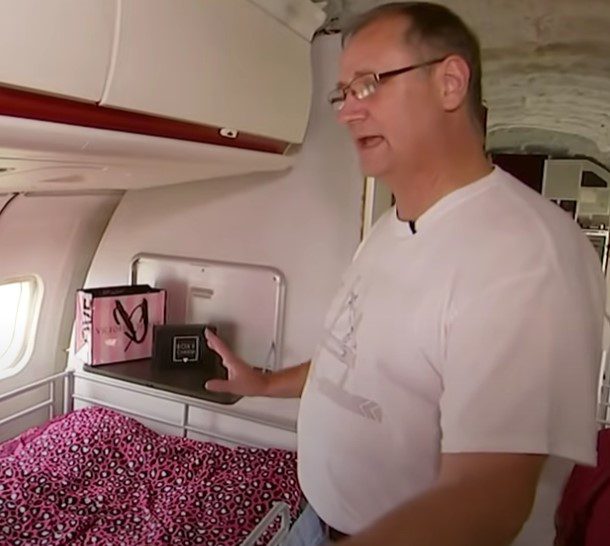 Click on the video below to take a tour of Captain Joe’s airplane house!