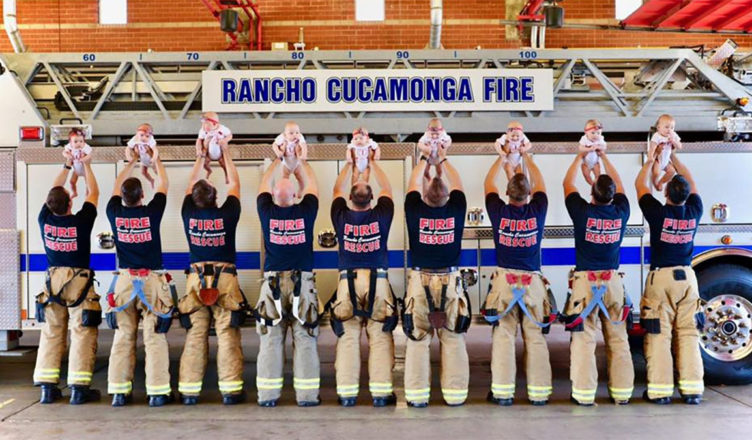 One firefighter base in California is having a party due to the recent baby boom they have had.

The Rancho Cucamonga Fire Protection District (RCFD) astonished the community with the news that nine of its firefighters became new dads within a period of five months. The span of time covered by this news was from January to May.
Between the months of March and July of 2019, firemen from the district welcomed seven girls and two boys into the world.

The joyful group of new dads and first responders came to Facebook to share some gorgeous photos of themselves posing with their newborn babies. 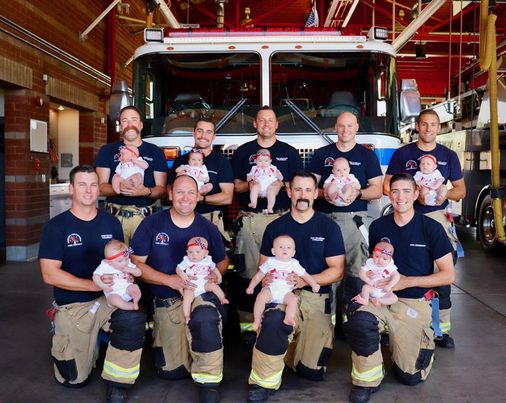 Lindsay Shook, a new mom, took these rare photos and shared them with the fire district.

She wrote, “We are so happy to see that our Rancho Cucamonga Fire District family is growing.”

One of the photographs of the babies shows them lying on their dads’ protective gear, surrounded by helmets and hoses that spell out “RCFD.” 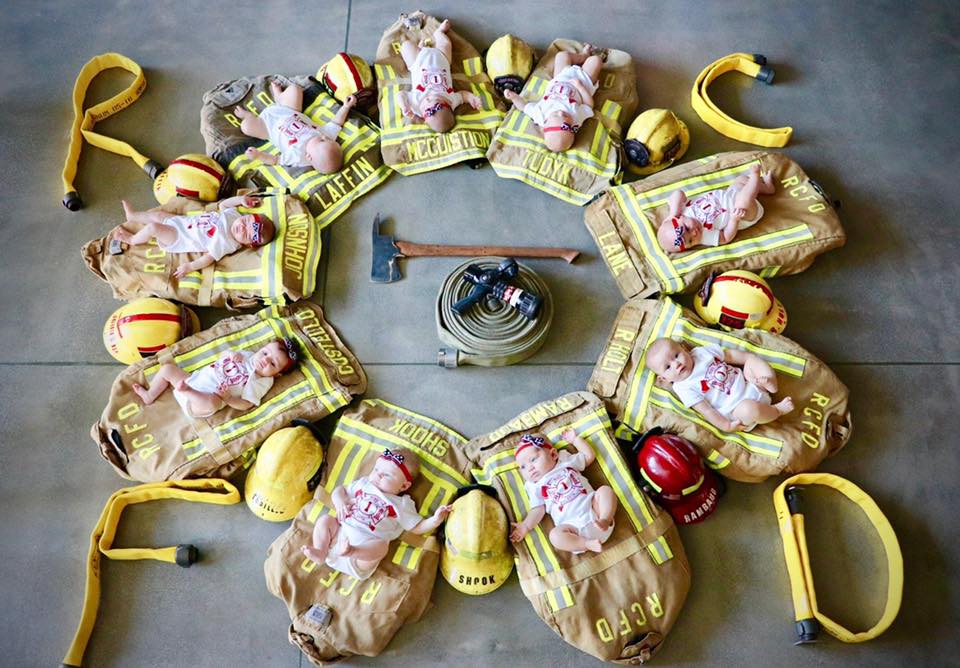 More than 900 people from all over the country left messages of congratulations, and some of them wondered if there was something in the water.

I hope that these new parents have a lot of fun raising these little joys. These babies will always have someone to play with.

Please SHARE these adorable pics so that more people can see them.