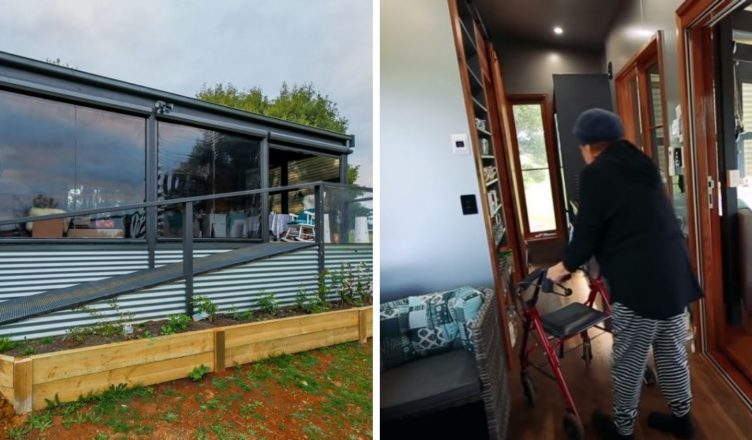 Although becoming older is a blessing, it does come with its share of difficulties. Although with age comes more wisdom, it also often comes at the expense of one’s physical well-being.

There is a possibility that your vision could deteriorate, that your joints will ache even with little activity, and that your agility will decrease.

Because of these changes, elderly people should live in a place that can meet their needs. This requires the home to have flooring that do not get slippery when wet, doors that are wide enough for a wheelchair, and no stairs.

To Merle’s great luck, her retirement house is more than all of those things combined. Her daughter, Ferne, is the one responsible for the design of her modest home, which means that she has the most senior-, disability-, and mobility-friendly small house that is now available. 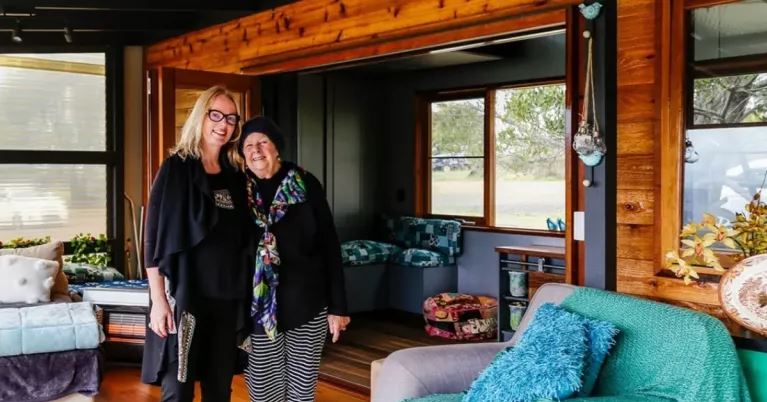 Merle had moved back to Victoria, Australia, where Ferne lived on a beautiful farm. She wanted to be near to her family, but at the same time, she desired to have her own personal space.

As a result, Ferne, who is a tiny house designer, decided to accept the task of designing a living space that is suitable for her mother’s advanced age. Even though she had previously constructed a number of lovely homes, she aimed to make her mother’s residence her most amazing accomplishment.

Ferne designed Merle’s stunning 23.5 x 8 ft house to satisfy her various needs. She made it so that it was entirely accessible and user-friendly for those with mobility issues by installing ramps leading up to the home and providing wide entrances that were free of trip hazards.

It was important to her that the kitchen counters be installed at a height that was suitable for her mother. 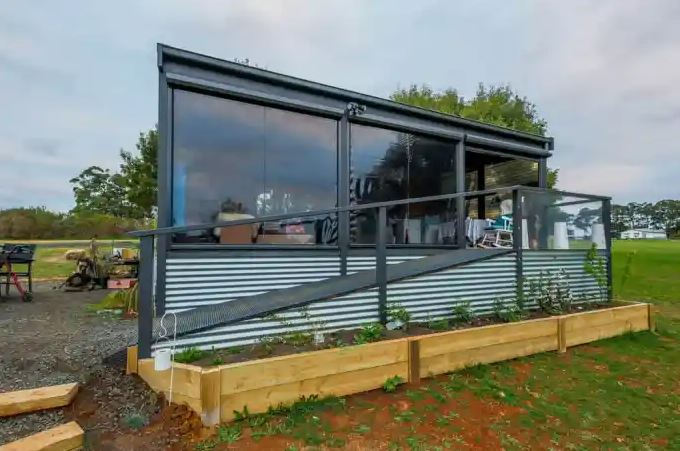 The design of the tiny house also considered potential changes. The home wouldn’t need to be rebuilt or reconfigured if Merle needed a wheelchair.

Ferne made the walls stronger in places where handrails could be put if her mother needed to hold on to something if she lost her footing.

If the family decided to sell the house or move, the lovely patio could be taken apart. But that’s not likely, since the tiny house is in the middle of a beautiful farm. 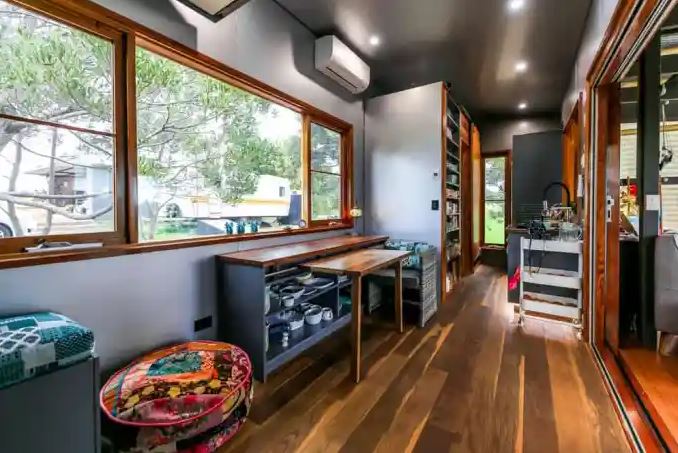 Ferne built the walls and roof in such a manner that Merle wouldn’t have to worry about insulation during the winter, but that doesn’t take away the breathtaking view.

Additionally, there are screens to prevent insects from entering since this is Australia. Merle merely has to press a button to raise or lower the main screen via the ramp. 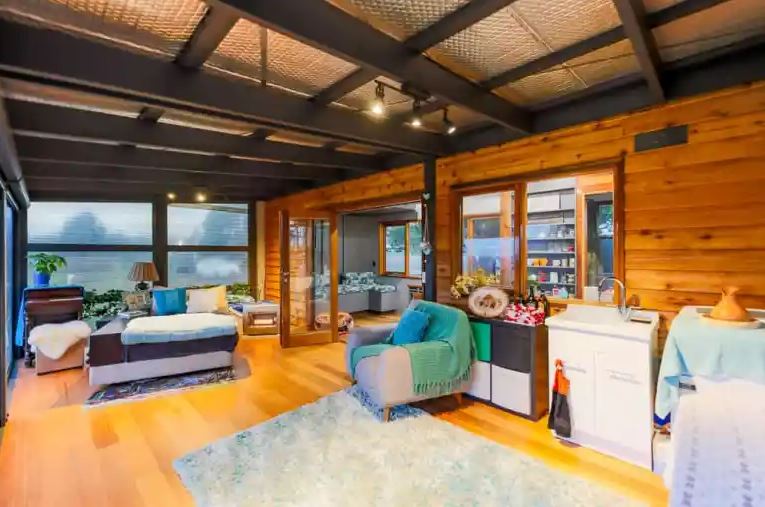 Ferne gave her mother final say on the interior. Merle picked the colors and patterns that gave her the impression that this was really her own home. She chose a more shiny version of the wood appearance to give the impression of spaciousness in the tiny house. 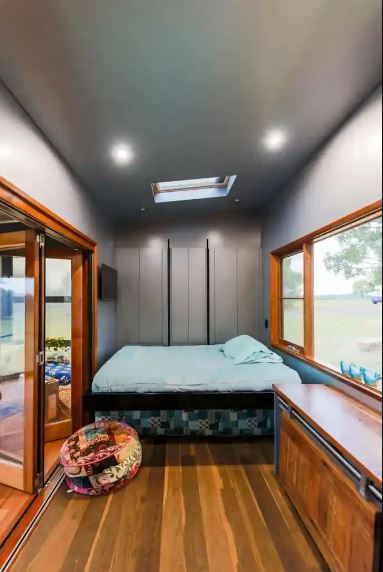 Ferne added underfloor heating, which is a wonderful addition, particularly for the elderly. Merle could move about her house securely since the floor is completely flat and non-slip.

Merle can raise her bed to the ceiling during the day by pressing a button. It uses a 12-volt battery and channels in the wall to operate. 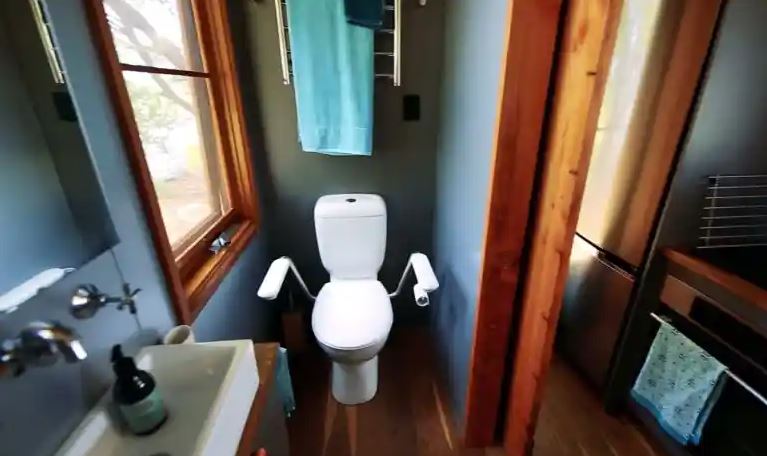 The drawers were installed in places that Merle could easily reach on her own, and the cabinets were built into the walls.

This fortunate woman navigates her surroundings on a walker with ease. She has the freedom she desires since it’s hassle-free for her to use the kitchen, bathroom, or bedroom.

We couldn’t agree more with Merle when she claims that this home is the greatest gift her daughter has ever given her. 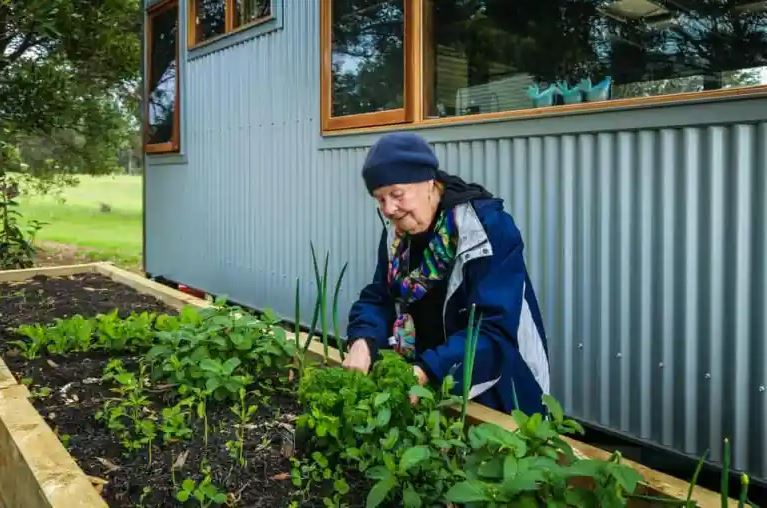