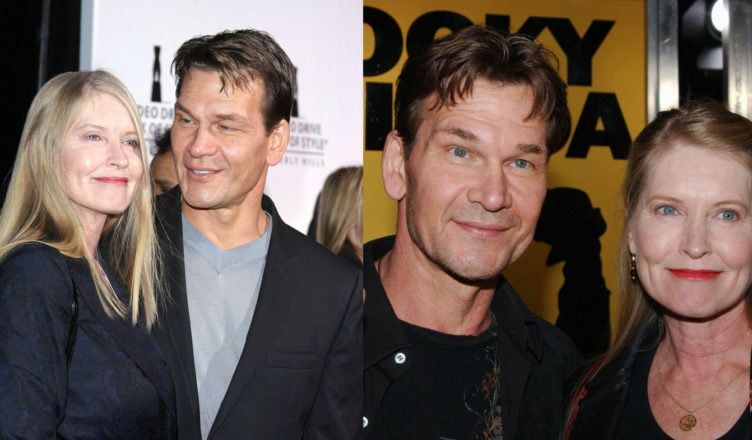 Patrick Swayze, the star of Dirty Dancing, was loved by many women, but he only had eyes for Lisa Niemi. This doesn’t mean that everything was always great between them. Even though they had hard times, they showed that when something comes from the heart, it can make love last even after “till death do us part.”

They met at a dance studio.
No, we’re not just talking about the plot of the movie Dirty Dancing. This is how these two people actually met. Niemi started taking dance classes at the Houston Ballet Dance Company when she was 15 years old. They met because Swayze’s mother ran the studio. 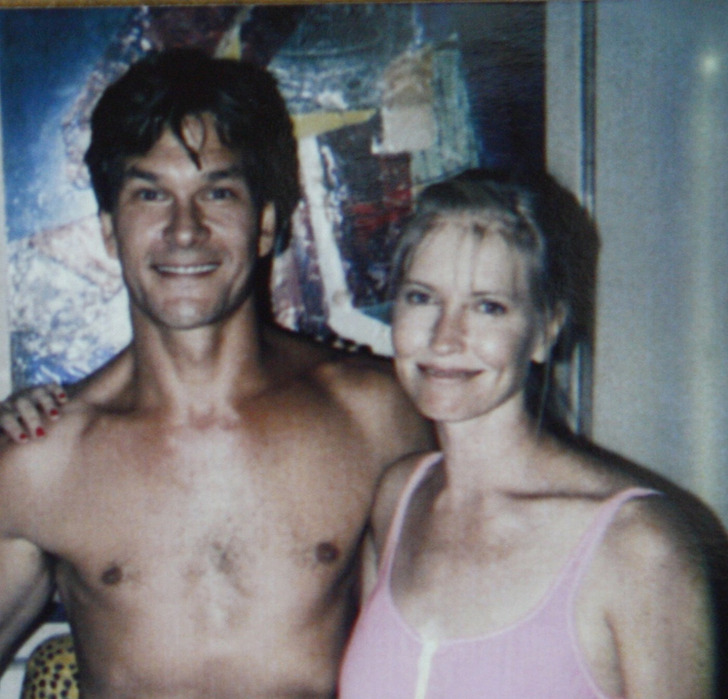 Even though they met when Swayze was only 19 years old, they still felt like they had something in common. Niemi remembered the first time she danced with him, saying, “When I looked into his eyes, it was like everything came to life.”

Swayze liked her, too, and they went on a few dates, but none of his “Casanova” moves worked on Niemi. “She didn’t believe a word I said. She wouldn’t talk to me if she thought I was putting on an act, so we spent half of our dates in silence,” Swayze said. 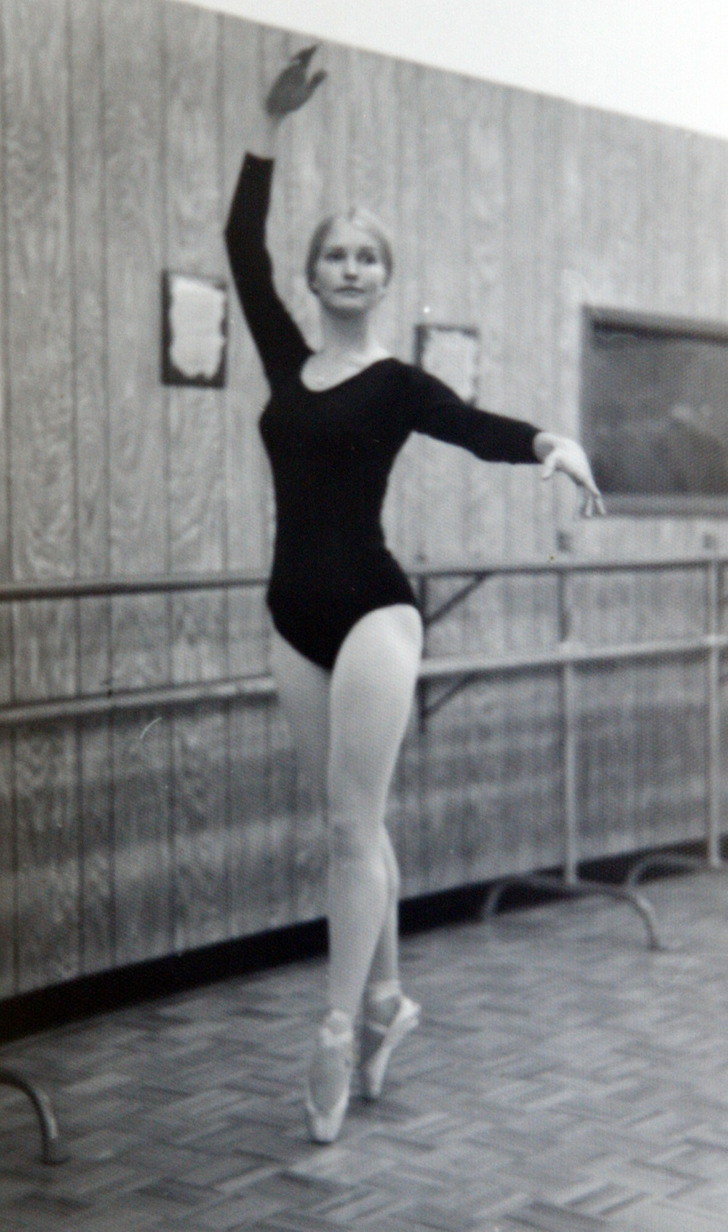 He won her over by talking to her about things that were important to her. Swayze also told her how he felt about her at the time, saying, “I knew she was the smartest chick I’d ever met in my life. And I didn’t think I deserved her for a very long time.

They tied the knot in 1975 and remained married for the next 34 years. 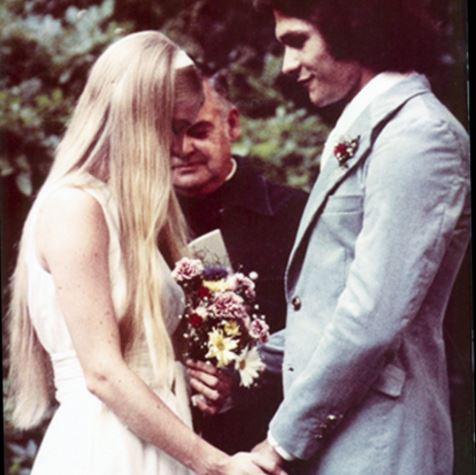 They tied the knot, and then shortly afterwards, they moved to begin a new adventure in New York. Niemi wrote in an Instagram post that back then all they could afford to carry when going out was 25 cents in case they needed to make an emergency phone call. Despite the fact that it wasn’t a smooth journey, they still managed to succeed in the end when Swayze had his breakthrough role in Dirty Dancing.

His wife stayed by his side, and “She’s Like the Wind,” the song from the famous dancing scene in the movie, was written about her. “I just thought at that moment that I’m very, very blessed to have a woman who thinks I hung the moon,” he said. 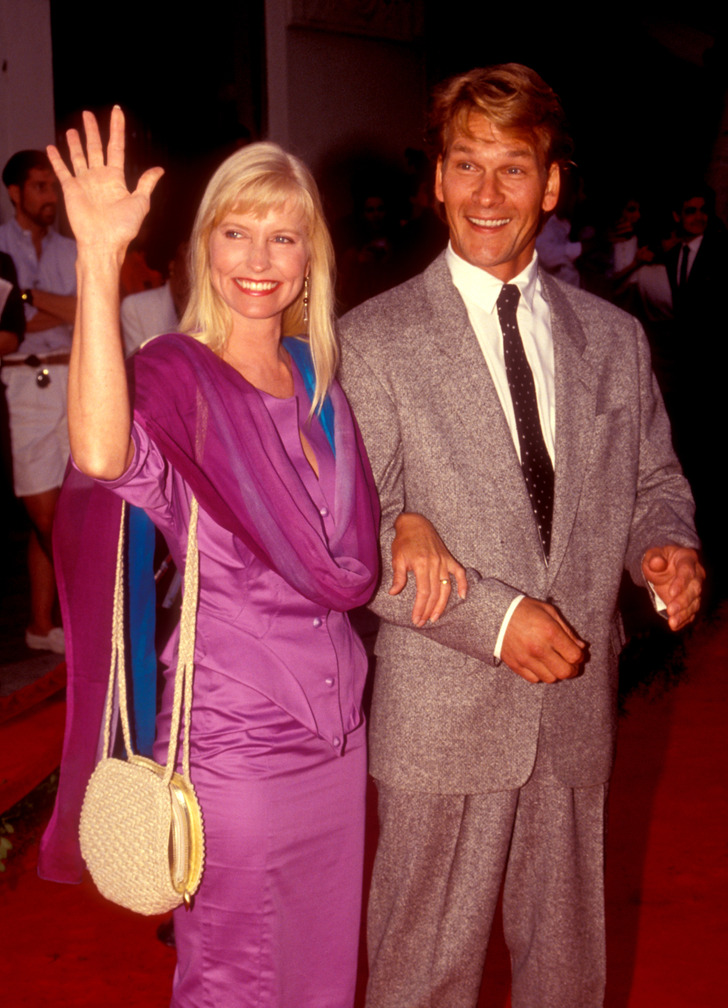 In an interview in 1988, Patrick was asked about his wife. He said, “She is my creative partner in every sense of the word. It just feels like we have a lot of power over each other. That we have real chemistry, like we were meant to be together. Like we had met before and knew each other in a past life. There’s just some intense passion because our fights are huge, but I love that they’re huge.”

A few terrible things happened to them, but their love helped them get through them.
When Swayze’s father died suddenly in 1982, it caught him by surprise. This was very hard for him to deal with, and he couldn’t just accept it. He cared a lot about his father, who was one of the most important people in his life, so he decided to spend his life making his father proud. 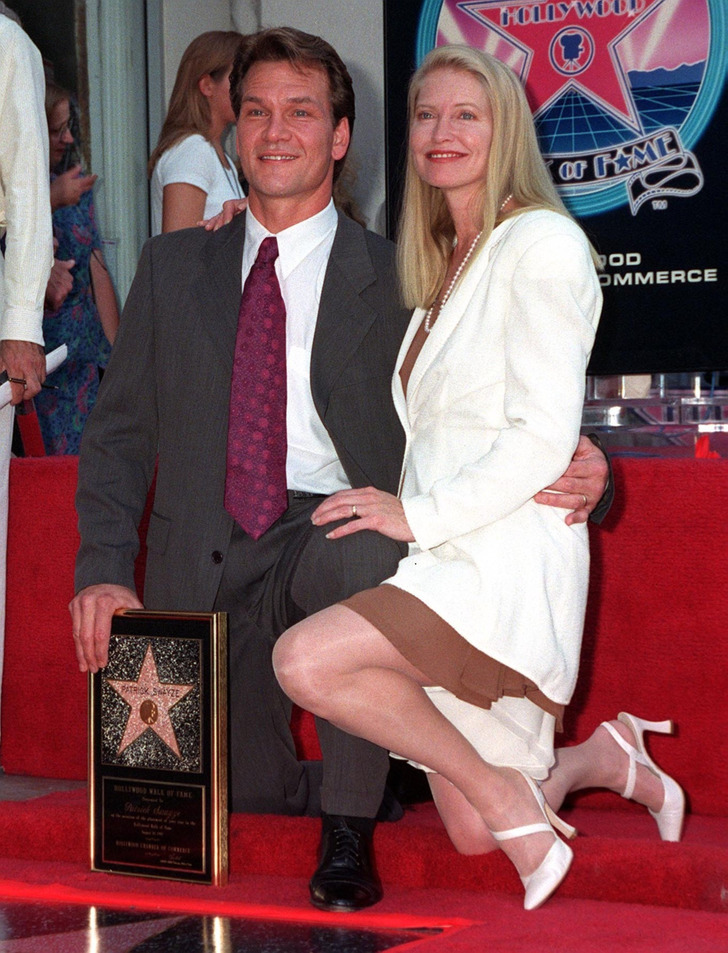 He had a hard time getting over the death of his father for a long time. In his biography, Swayze said, “He was the rock on which our family was built. Someone who is always there for us. In some ways, my father took care of us more than my mother.

Not only did losing his father hurt him and their relationship, but so did other things. Swayze and Niemi wanted to have children, but their dream was never realized.

In 1990, Niemi lost her baby, which was a very sad thing for them. “I was so happy that day to go see my baby’s heartbeat, and when I got there, he was dead,” he wrote in his autobiography. “I could not handle it. When Niemi and I got to the parking lot, we both cried hard and held each other tight.” 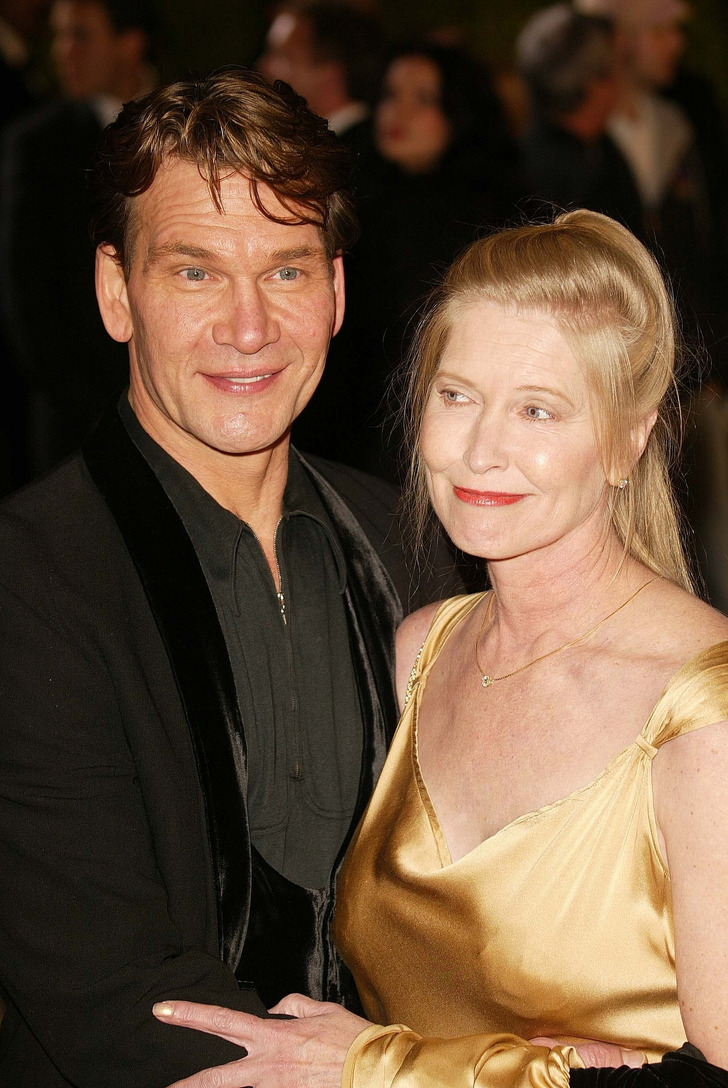 Swayze was depressed, and he couldn’t get rid of it. At one point, his career started to go downhill, and when his little sister died suddenly in 1994, it was the turning point. Even though they loved each other very much, all of these terrible things changed them, and in 2004 they briefly split up.

The pair were able to revive their romance by taking a break from their careers and buying a ranch in remote area. 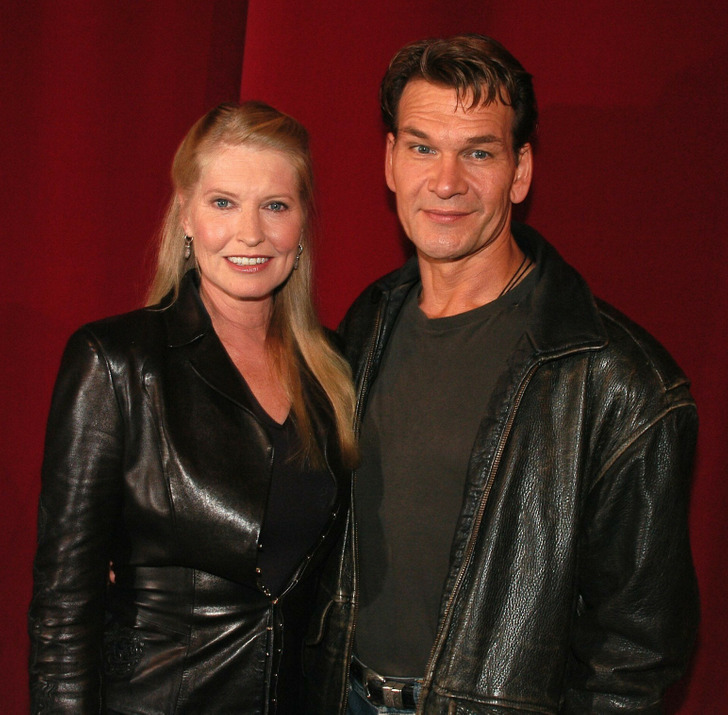 Swayze spent his time raising horses, which was something he had always wanted to do with his father. He was finally happy. Their marriage was also getting back to normal․  “We work together,” Swayze said. “A relationship lasts if you keep your friendship alive, learn how to fall in love over and over again, never take the other person for granted, and look at things with fresh eyes.”

But his good times didn’t last forever. In 2008, right after he decided to get back into acting, he was told he had stage 4 pancreatic cancer. Most people die from this illness in a few months, but Swayze beat the odds. He didn’t give in to the disease, and he filmed 13 episodes of the TV show The Beast.

He said in an interview that he planned to continue fighting until a treatment was discovered, but sadly he passed away after a 22-month struggle, which in and of itself was a miracle. His wife was with him until the very end. 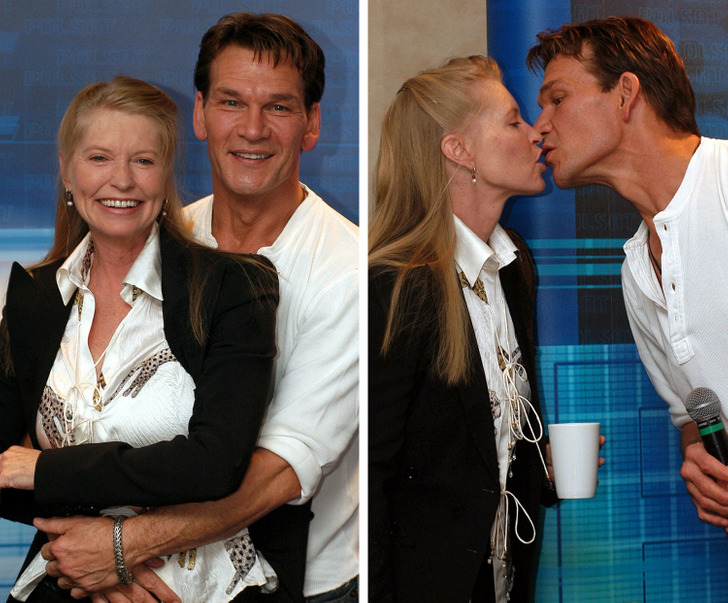 Niemi was alone with Swayze during his last days. She held his hand, listened to music, and slept with her arm around him and her head on his shoulder. “I love you” was the last thing she said to him, and it was also the last thing he said to Niemi.

She still talks to him and praises him whenever she can.
“When you lose someone, you never stop loving them, and it’s like — I feel like I have a different relationship with him now,” Niemi said. “But he’s still in my life and in my heart, and he’s always with me.” 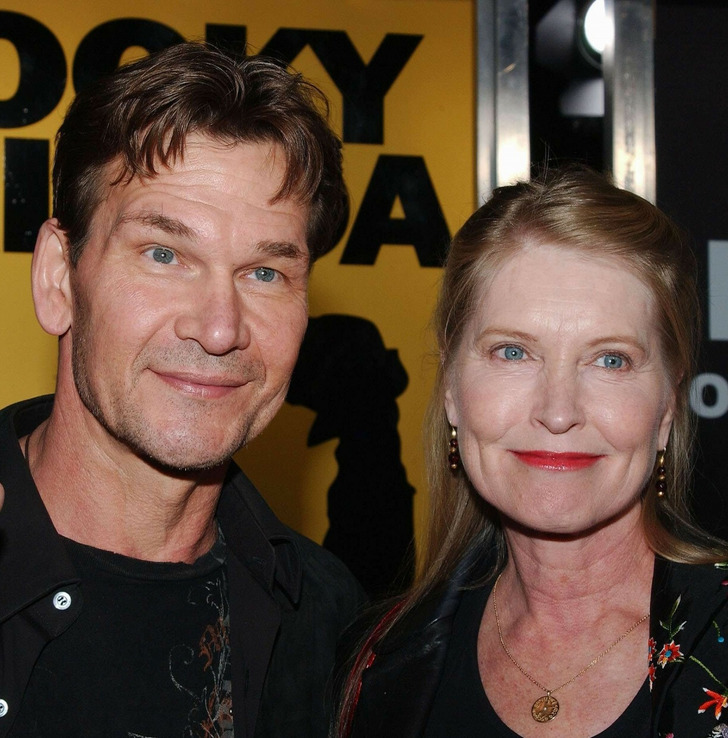 Niemi joined PanCAN, a group that works to fight pancreatic cancer, as a way to honor Swayze’s legacy. “It gave me something to do… Even though he was gone, the fight wasn’t over, and I was going to keep going for him.”

Niemi still does something to honor Swayze on his birthday, their wedding anniversary, and the anniversary of his death. Some of the things she does to remember him are going on horseback rides that he would have loved and getting small desserts so she can try them all. 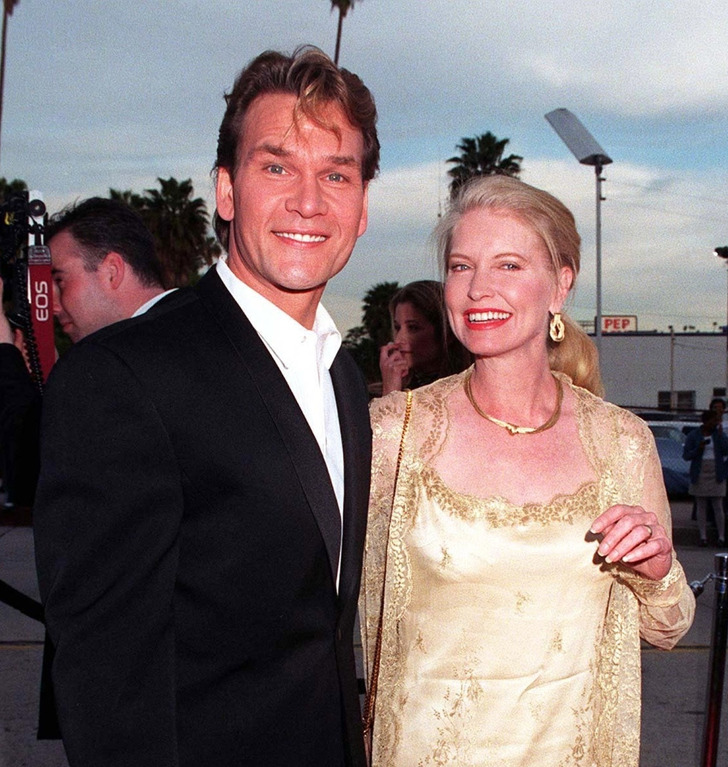 Niemi got married again in 2014, but she still loves Swayze.
Niemi had a dream about Swayze before her wedding, which she took as a sign. “It was like he was telling me it was okay and giving me his approval. Again, sometimes it can be hard to move forward, but that doesn’t change how we feel about someone. He was letting me know that.” 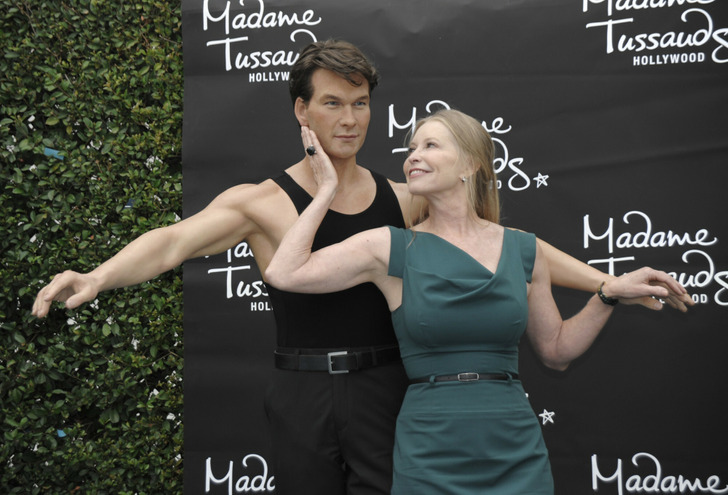 Have you ever seen or felt love as big as the love between Patrick Swayze and Lisa Niemi? Tell us what you think about their love story in the comments section. And please SHARE this article with your friends on Facebook.