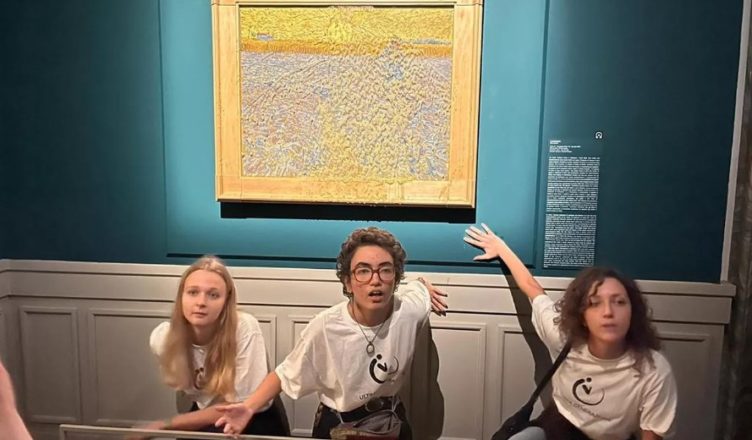 Friday, four activists splashed vegetable soup on Vincent van Gogh’s “The Sower,” which is presently on display at the Palazzo Bonaparte in Rome.

ANSA claimed that four activists dumped vegetable soup on van Gogh’s “The Sower” at the Palazzo Bonaparte museum in Rome on Friday. Thankfully, the picture was shielded by a glass screen and suffered no harm.

In addition to adhering themselves to the wall surrounding the artwork, the protestors reportedly yelled climate change-related chants… 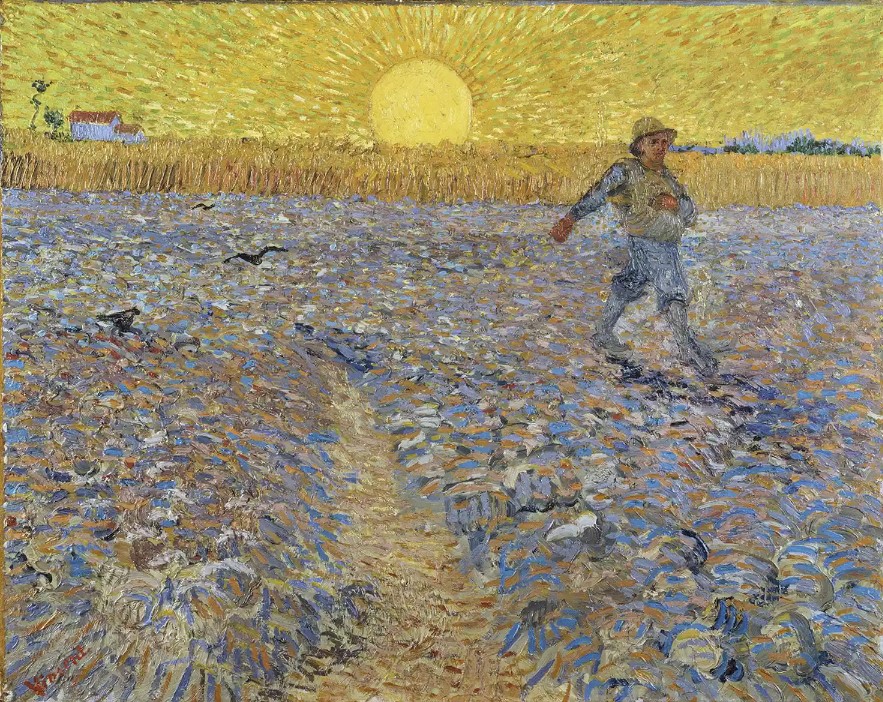 The organization is allegedly affiliated with Ultima Generazione, according to Wanted in Rome, quoting Italian media.

Arthemisia President and Managing Director Iole Siena said ANSA in a statement, “We anticipated it.” “There was no damage, but it was a pointless gesture.”

According to ANSA, “The Sower” is now on loan to the Palazzo Bonaparte museum from the Kroller-Müller museum in the Netherlands for an exhibition of van Gogh’s paintings.

According to The New York Times, the painting was created by van Gogh in the late 1880s and is one of six surviving works showing sunflowers by the renowned artist.