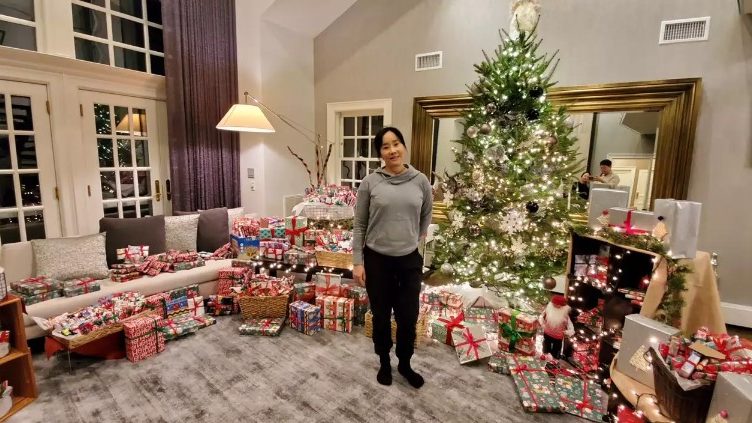 Since last Christmas, Christine Bae has spent $10,000 on over 3,000 gifts that she has been giving away: “This is the season of giving, and it makes me feel great.”

Christine Bae accompanied her small son and daughter to the Flying Tiger Copenhagen store at a local mall in early autumn of the previous year. “I told the children, ‘Grab whatever you want,'” Bae relates, when he learned the store was closing and holding a massive sale.

Once she returned home, though, an idea occurred to her. She recalled thinking, “These are horrible times; why don’t I just buy the entire store and distribute it?” “I just went and did it.” 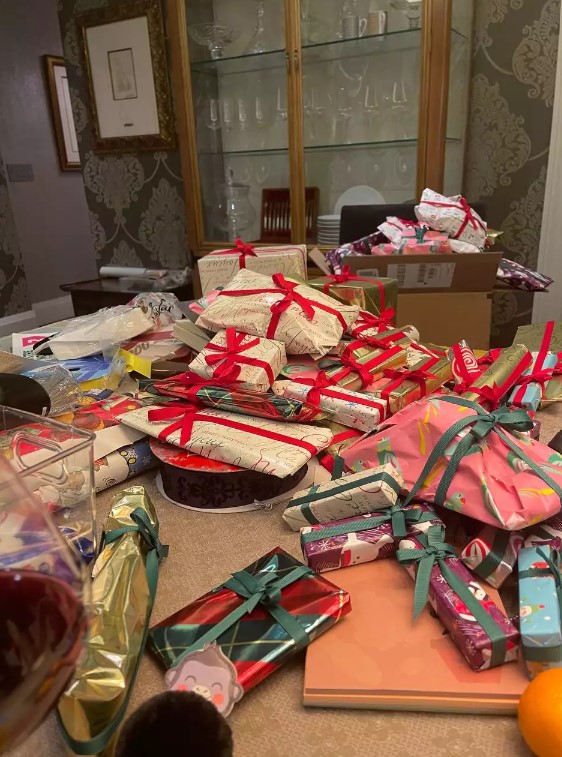 She and her husband spent approximately $10,000 for the whole store’s inventory of over 3,000 toys, coloring books, pencils, and other trinkets. After making multiple journeys with her SUV, they successfully moved all of the stuff to their Norwood home’s spare room.

However, getting the toys home turned out to be only the beginning.

“That was the beginning of the insanity,” Bae says. “My daughter stated, “Mommy, you cannot simply distribute it.” You must package them.”

Adds Bae, “Then she remarked, ‘You must decorate it with ribbons because it doesn’t seem remarkable’ ” 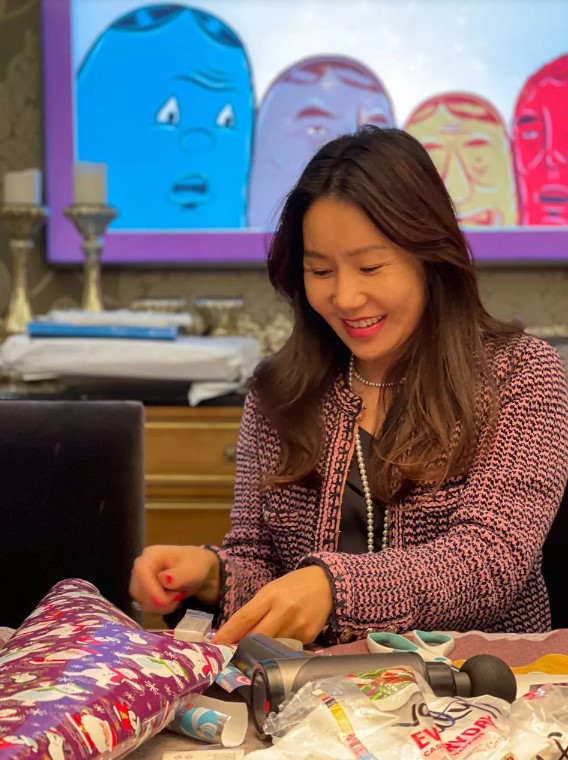 She then wrapped over 1,200 gifts and donated them to a homeless shelter, a food pantry in Norwood, and the Bergen County Court Appointed Special Advocates (CASA), a nonprofit group that assists foster children.

Together with her husband, BJ Kim, Bae is a partner in a legal business. “I received a letter from CASA describing how the children’s faces were beaming and how we made a significant difference, which made me feel wonderful,” she adds.

“But I said, ‘I can’t do this longer, it’s too much work,'” she adds, adding that she made the decision at the time, “We’ll give the remaining stuff to local children who have birthday parties.”

This year, though, Bae’s desire to do good was reignited when local mothers began phoning her. They desired to know whether she would be wrapping and distributing additional gifts. Bae recounts, “They said, ‘I want to help’ ”

In order to prepare for the holidays, eight mothers spent up to six hours every other day for weeks wrapping gifts at Bae’s house. Even Bae’s offspring ended up providing a hand.

“I hope they grow up to be generous toward others less fortunate than themselves,” she says.

By the time they were finished, around 1,400 gifts were prepared for shipment.

This past Saturday, Bae asked neighborhood children to come choose out five gifts each. “They were mute,” she states. “How often were you exposed to over a thousand gifts as a child? They truly do not know what to do and have no notion which option to choose.”

On Monday, employees from The New Jersey Institute of Disabilities in Edison collected 1,250 additional gifts for the children they support.

Nicole Storino, a development assistant with the institution who visited Bae’s home, exclaims, “It was an amazing sensation of utter excitement that someone would take the effort and be so selfless in making this happen.”

“To enter and see that show was simply an outpouring of love,” she states. It was overpowering.

Giving back to New Jersey children “truly makes me feel like I’ve made a small impact in somebody’s life,” says Bae.

Bae adds, “This is the season of giving, and it makes me feel great.”

Bae and her husband have been committed to making a difference for many years. The pair does an annual fundraiser for a Korean orphanage, and in 2019 they raised $22,000 and donated it. Due to the ongoing pandemic, both the 2020 and 2021 events were canceled.

And what will become of the over a thousand leftover toys in Bae’s spare room? She admits with a giggle, “I don’t know if I’ll be able to do it next year.” “If I can do it, I’ll do it.”