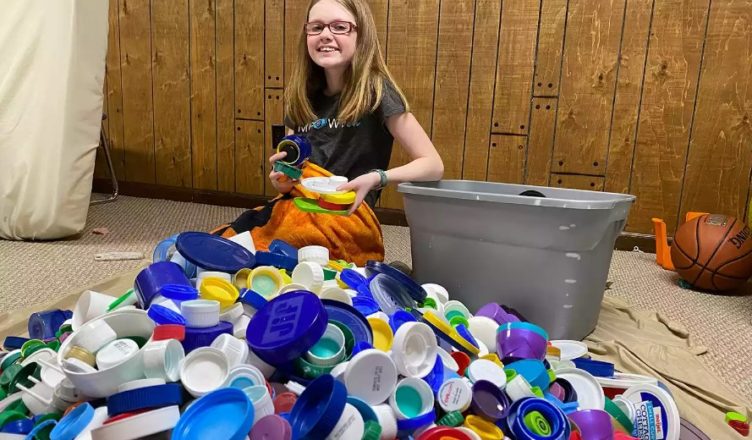 Sammie Vance, who coordinated the collection of bottle caps that were converted into over 200 park and playground chairs, says, “I don’t want anyone to feel lonely.”

When she was just eight years old, Sammie Vance pondered a profound question: “What crushes your heart?”

“For me, it’s witnessing people that need a friend,” said the Fort Wayne, Indiana, seventh-grader. “I’ve been lonely myself. I do not want anyone to experience this.”

Soon after, at summer Bible camp, she learned about buddy benches, which are seats on school playgrounds where a child in need of a friend might sit to alert other children.

Sammie recalls thinking, “This would be so amazing to have at my school.”

She discussed the concept with her principle and PTA, and then planned a community-wide event to collect 1,600 pounds of bottle caps, which were then recycled and repurposed into three buddy seats for her primary school. 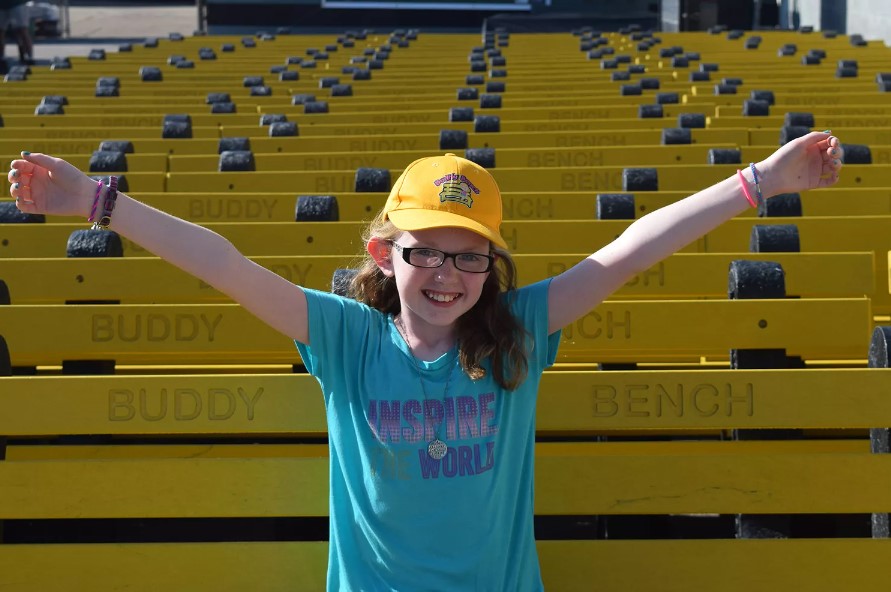 Sammie’s Buddy Bench Project has since resulted in the donation of over 200 benches made from bottle caps to schools and parks in the United States, Mexico, and Australia.

She states, “At the outset of my project, I had no clue that it would turn out this way.” It impresses me and motivates me to know that it has an impact on people outside the United States.

Sammie has also recently written Inspire the World: A Kid’s Journey to Making a Difference, a book on her attempts to inspire other children to volunteer.

Sammie’s 40-year-old mother, Heidi Vance, states, “She’s always had a tremendously huge heart.” “In the second grade, when there was a girl in her class who could not speak English, Sammie insisted on learning Spanish so she could converse with the girl.”

Heidi says, “At that point, I began to witness her compassion for others and her desire for no one to be left out.”

Sammie is the second of four children; she has a 14-year-old brother, a 10-year-old brother, and an 8-year-old sister. The vivacious preteen also produces the podcast Sammie Smiles from her home. She not only chooses and interviews people through Zoom who “inspire me and make me smile,” but also edits the audio and video.

Sammie’s next chapter will have her expanding the buddy benches and pursuing further acts of kindness.

“I just look forward to making a difference and inspire others to do the same,” she says.