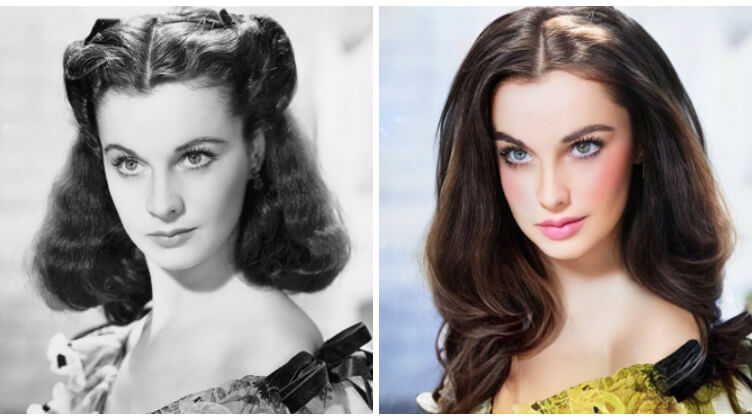 The era known as the Golden Age of Hollywood was one in which a number of women, including Audrey Hepburn, Marilyn Monroe, Ava Gardner, Grace Kelly, and a great many more, ruled the world of American cinema. They have had the most successful careers in Hollywood thanks to their incredible ability and captivating beauty, which gave them worldwide recognition. Over the course of many decades, fashion and beauty trends have seen several shifts. On the other hand, the breathtaking beauty of these legendary women helps to explain how the term “The Golden Age of Hollywood” came into being.

And it’s so fascinating to think about how iconic Hollywood beauties might appear if they were still active in the industry now. We are easily able to envision how amazing they are in the modern look as a result of advancements in AI technology. The following is a list of 16 iconic women and their imagined lives if they reached their height of popularity today. Let’s scroll down, and have some fun! 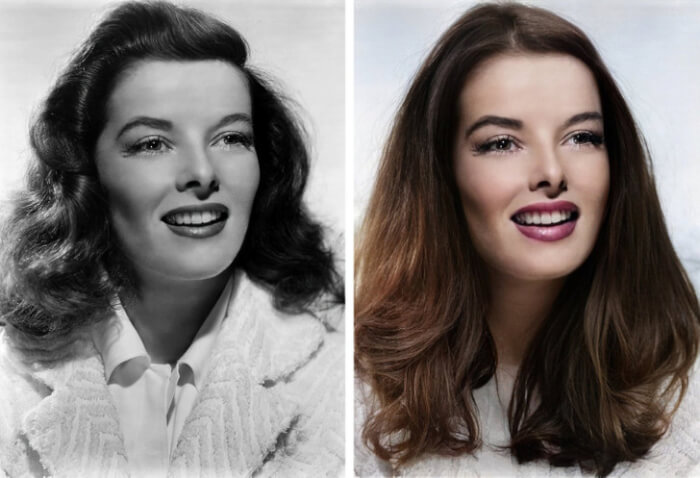 In the 1930s, Katharine Hepburn became a big star in Hollywood. During her 60-year acting career, she set a record by winning four Academy Awards. 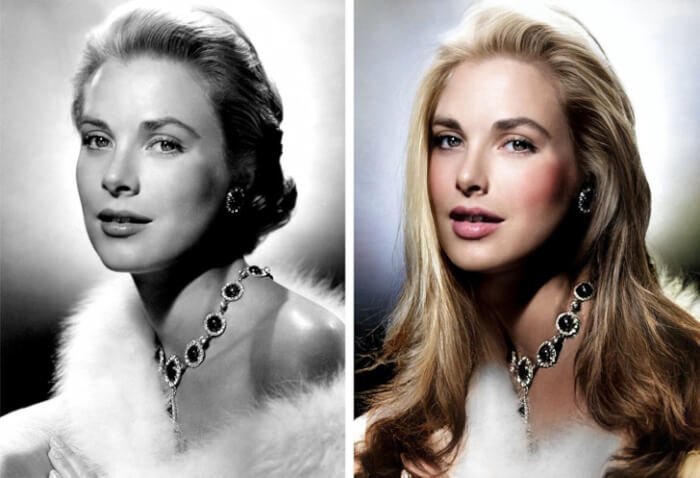 With her leading role in High Noon, Grace Kell became a Hollywood star. In addition, she had starring roles in a number of films, such as “Dial M for Murder,” “The Country Girl,” “Rear Window,” and “To Catch a Thief.” 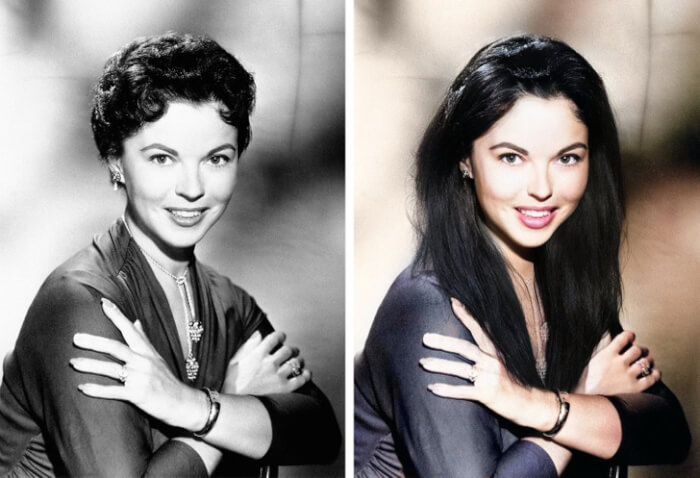 Shirley Temple was the most famous child actor. She won a special Oscar and starred in movies like “Bright Eyes,” “Heidi,” and “Little Miss Marker.” 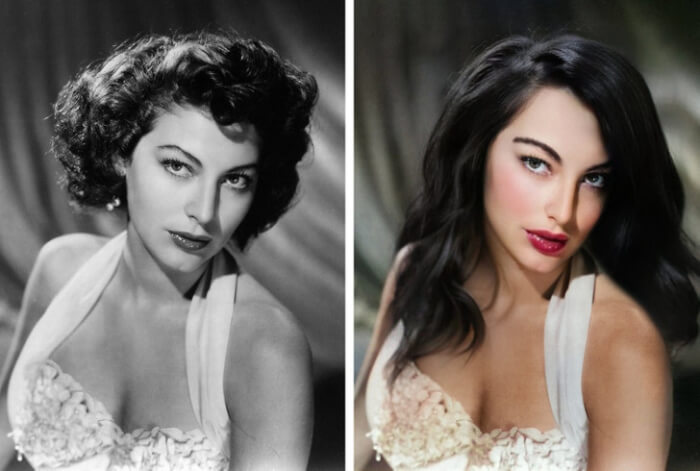 With her alluring blue eyes, Ava Gardner is often considered as one of the most attractive actresses in the history of the movie industry. She is best known for her roles in the films “The Killers,” “The Hucksters,” “Show Boat,” and “The Snows of Kilimanjaro.” 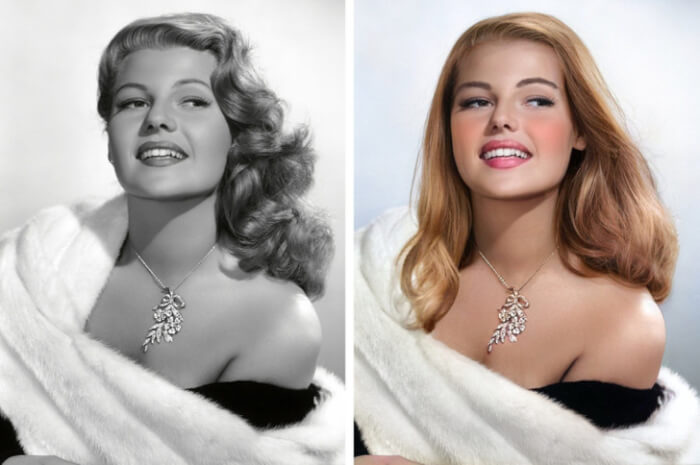 The role of Gilda that Rita Hayworth played in the movie directed by Charles Vidor is what brought her the most fame. In addition to this, she is well-known for the stunning and explosive sexual charisma she displayed on film in the 1930s and 1940s. 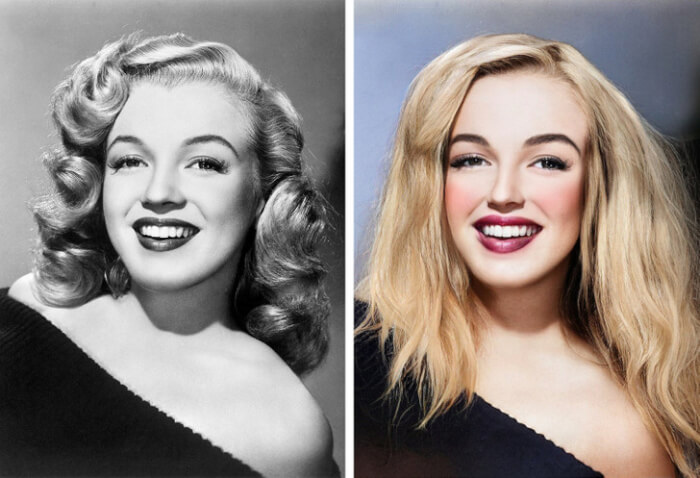 It is well known that Marilyn Monroe overcame a difficult childhood in order to become one of the most successful stars in the history of Hollywood. She was just 36 years old when she passed away sadly. 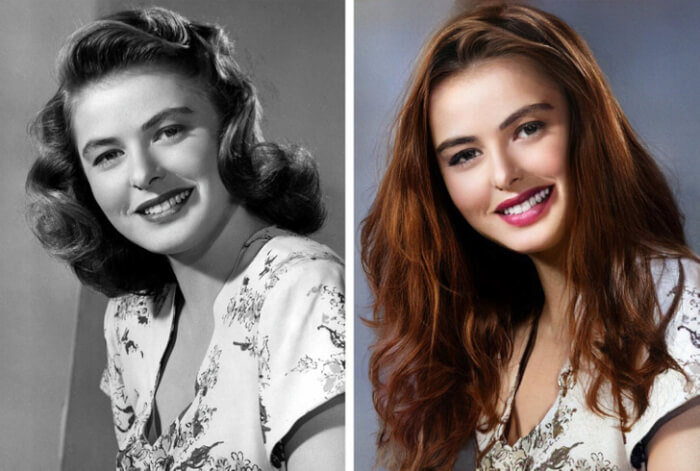 Internationally famous Swedish actress Ingrid Bergman played the lead role in the timeless “Casablanca.” She had notable nominations for seven Academy Awards, winning for Murder on the Orient Express, Anastasia, and Gaslight. 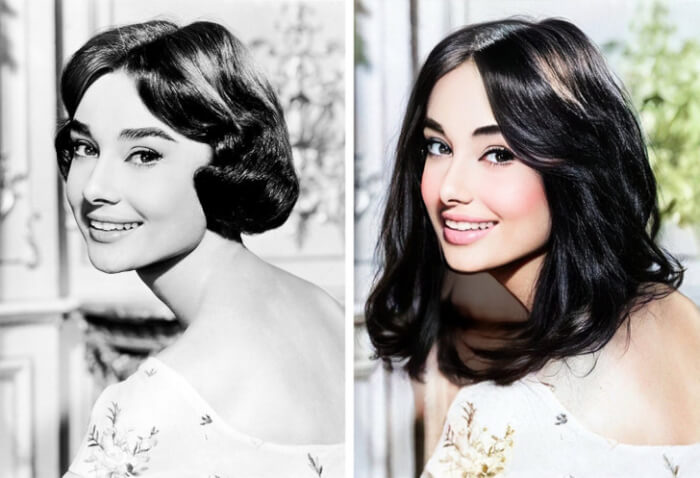 Actress, fashionista, and philanthropist Audrey Hepburn co-starred with Gregory Peck in the 1953 movie “Roman Holiday.” She then redefined fashion as Holly Golightly in Breakfast at Tiffany’s, setting new standards. Few actresses have received an Emmy, Tony, Grammy, and an Oscar. Hepburn is one of them. 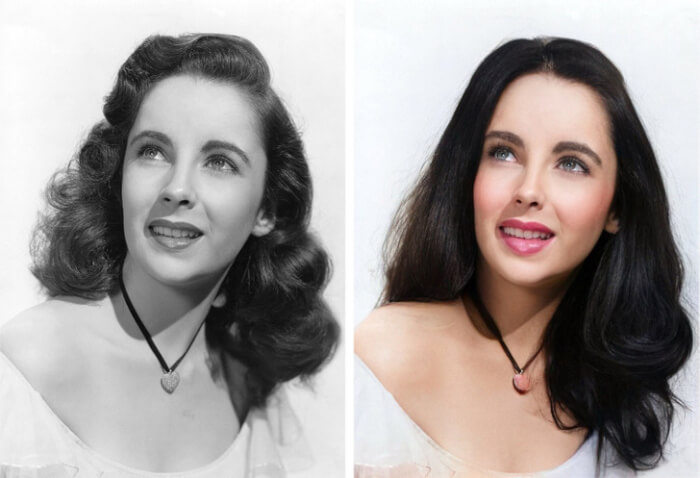 Elizabeth Taylor was in many movies, including “Cat on a Hot Tin Roof,” “Butterfield 8,” “National Velvet,” and “Who’s Afraid of Virginia Woolf?” Her violet eyes and scandalous love life also made her well-known. 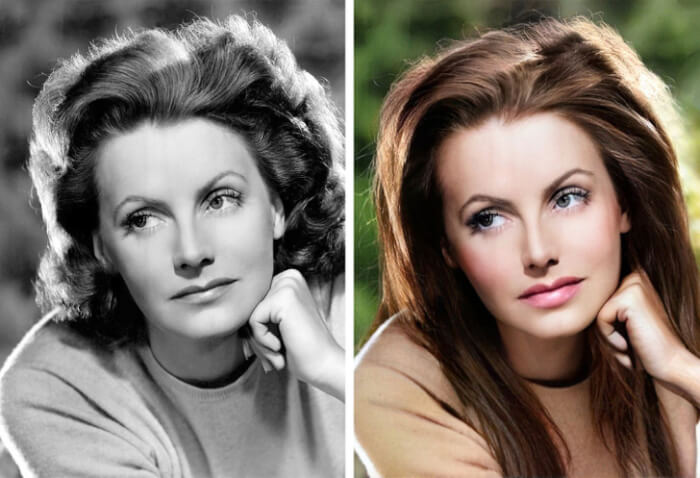 Greta Garbo is best known for her work before World War II, when she was in both silent and talking movies. The first movie that launched her into a brilliant acting career was the 1922 farce “Peter the Tramp.” 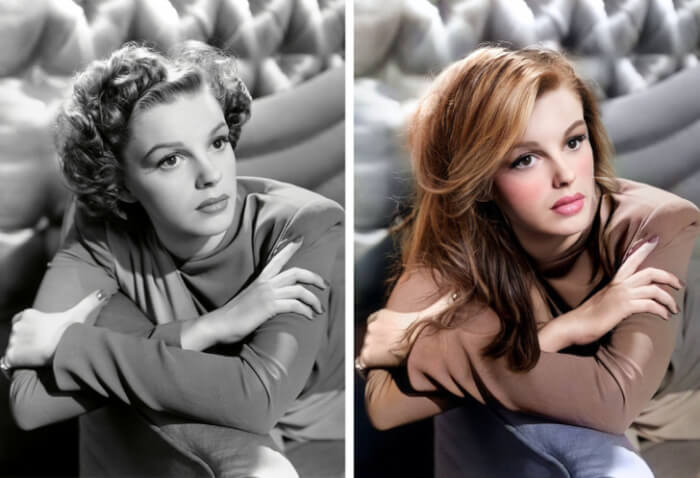 Judy Garland was the female lead in a number of different musical movies, one of which being “The Wizard of Oz.” Garland was both an actress and a singer throughout her career. She is well-known for her amazing skill as well as the difficulties she has endured throughout her life. 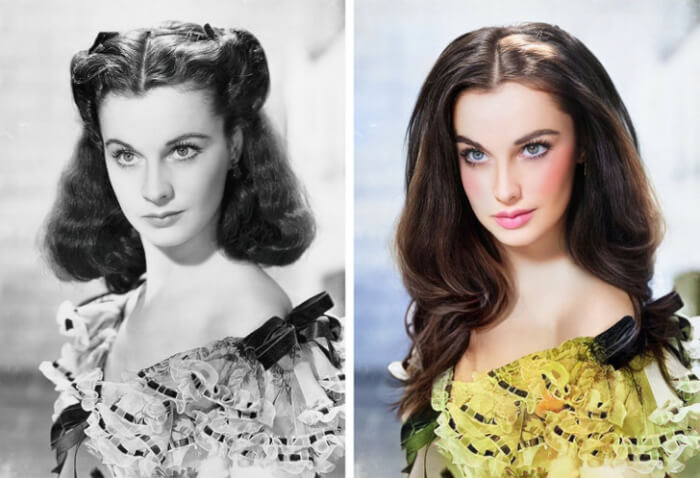 The actress who played Scarlett O’Hara in “Gone with the Wind” went to school in a convent in England. Her friend Maureen O’Sullivan encouraged her to become an actress. Vivien Leigh was in movies like “The Bash,” “Things Are Looking Up,” and especially “Gone with the Wind,” which won her an Academy Award. 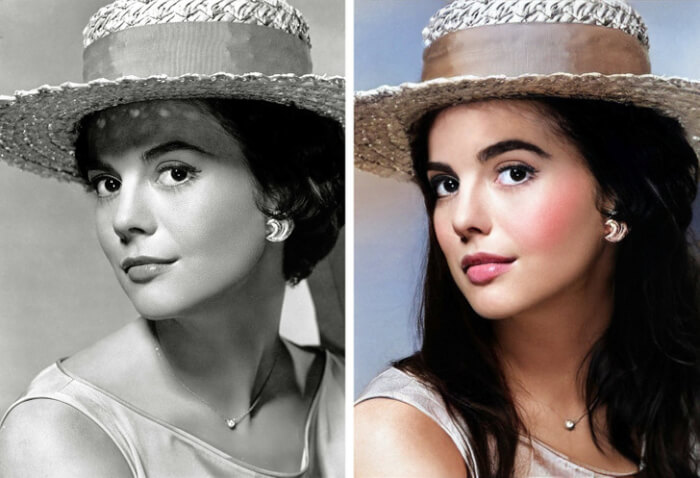 When she was 16 years old, Natalie Wood co-starred with James Dean in “Rebel Without a Cause.” After that, she made a number of successful movies, such as “West Side Story,” “Splendor in the Grass,” and “Brainstorm.” 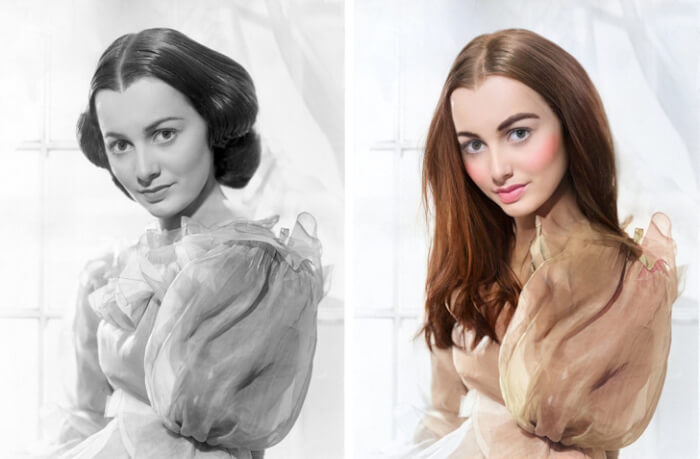 Olivia de Havilland is best known for her role as Melanie in “Gone with the Wind.” She also won two Oscars for her great work in the movies “To Each His Own” and “The Heiress.” 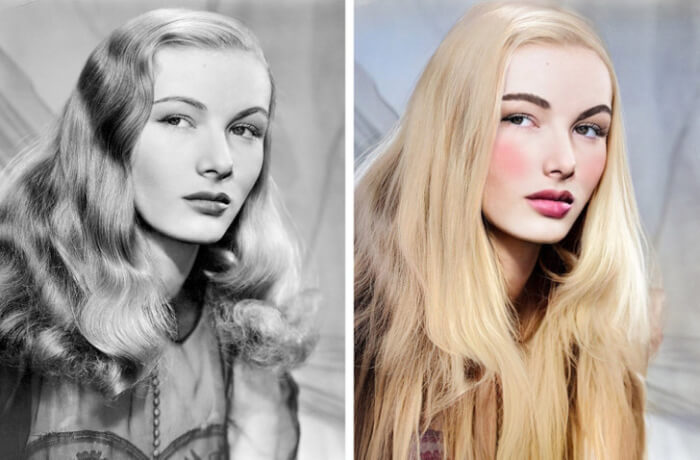 With Aland Ladd, Veronica Lake is most known for playing femme fatales in noir movies. Because she was drinking too much, her career began to go downhill. The best movies of her career were “Sullivan’s Travels,” “I Married a Witch,” and “Flesh Feast.” 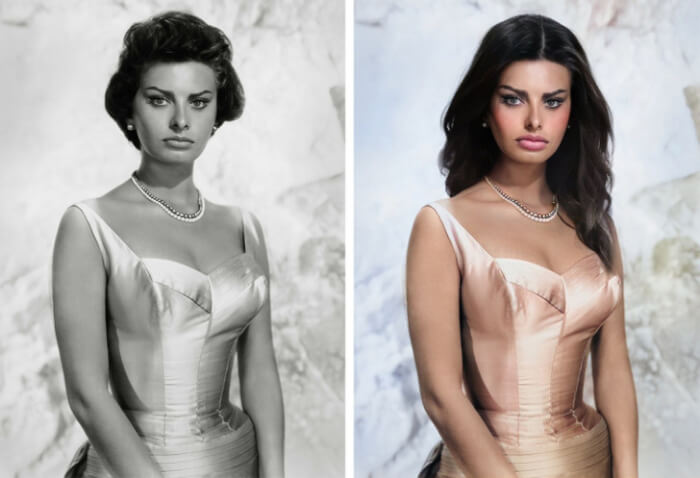 People were blown away by Sophia Loren’s stunning beauty, and she won an Academy Award for her acting. She was always listed as one of the most beautiful women of all time. Loren is 88 years old right now.