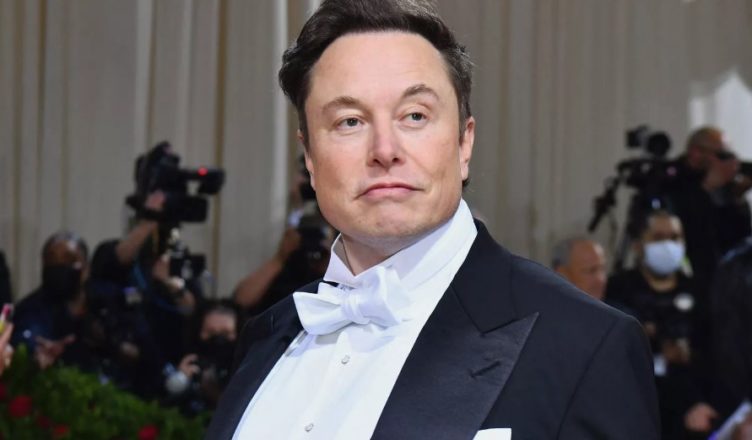 On Friday, Twitter announced widespread layoffs, with CEO Elon Musk stating, “Unfortunately there is no choice when the firm is losing over $4M/day.”

A few days after acquiring Twitter, Elon Musk claims he had no choice but to lay off thousands of the company’s employees.

Twitter employees were informed on Thursday night that they would receive an email Friday morning confirming their employment status.

The New York Times said that individuals close to Tesla’s CEO, 51, said he planned to fire around half of Twitter’s 7,500 staff, though the business has not verified this.

Musk has taken to Twitter to express his displeasure with the decision.

When the company is losing over $4M a day, he continued, “unfortunately there is no choice” regarding Twitter’s reduction in force. 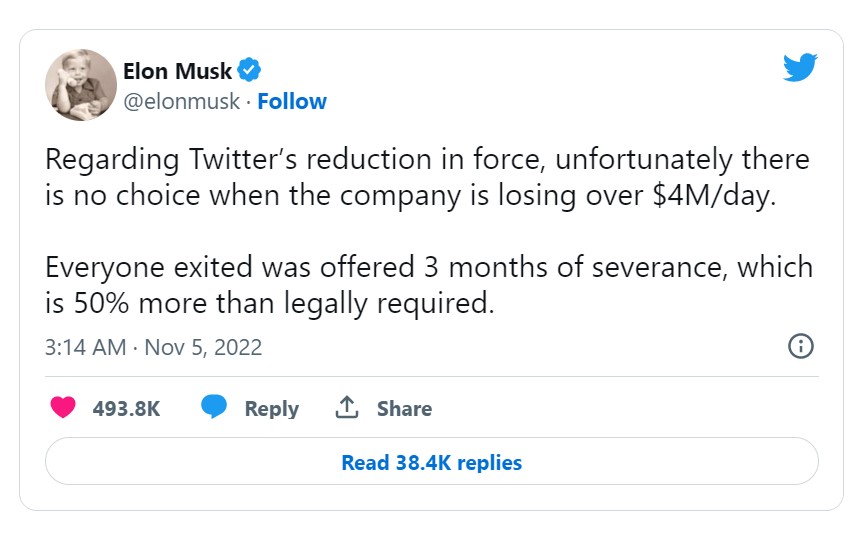 As he continued, “Everyone who left was offered 3 months of severance, which is 50% more than legally necessary.”

Musk said earlier on Friday that Twitter’s “huge loss in revenue, due to activist groups pressuring advertisers, even though nothing has changed with content moderation and we done everything we could to please the activists” was caused by activist groups.

“This is a huge mess! They are actively working to shut down free speech in the United States, “He kept on, oblivious to the fact that his detractors and advertisers had the same right to express themselves.

Workers have since filed lawsuits against the network. 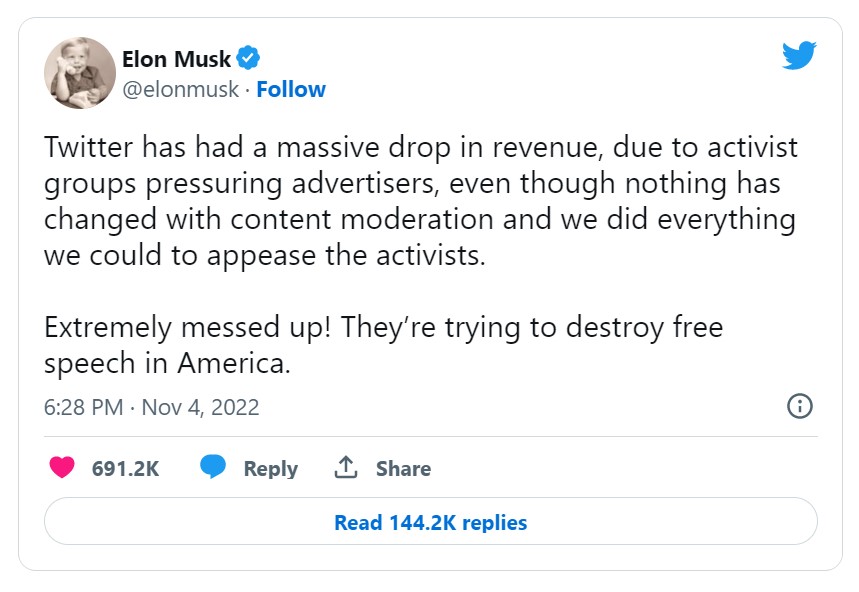 Several current and former Twitter employees have launched a class-action lawsuit against the firm and its new owner, claiming that the layoffs they are facing as a result of his leadership are illegal.

In addition, the employees are requesting that the court prevent Twitter from pressuring them to sign any papers that would prevent them from taking legal action against the corporation.

In addition, the employees are requesting that the court prevent Twitter from pressuring them to sign any papers that would prevent them from taking legal action against the corporation.