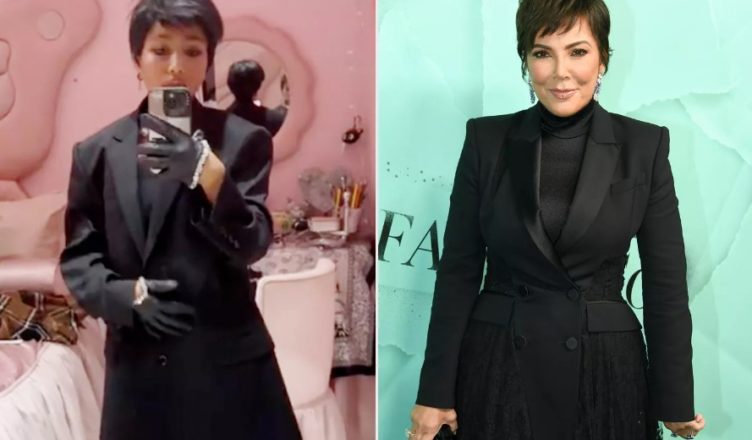 Kim Kardashian’s oldest child, who is nine years old, posted a TikTok video of herself sporting a black pixie cut in honor of her grandmother’s birthday.

In a video released to her joint TikTok account with Kim, North displayed her outfit, which consisted of an all-black suit, black gloves, black boots, and a black Birkin bag.

North’s video was set to Kelly Clarkson’s “Under the Tree” and depicted the process of putting together her dress. With the assistance of a hair and makeup team, North beamed as she was transformed into Kris and lip-synced the iconic holiday song.

In order to complete her grandma’s appearance, the eldest West child donned a diamond choker and made several ironic faces. 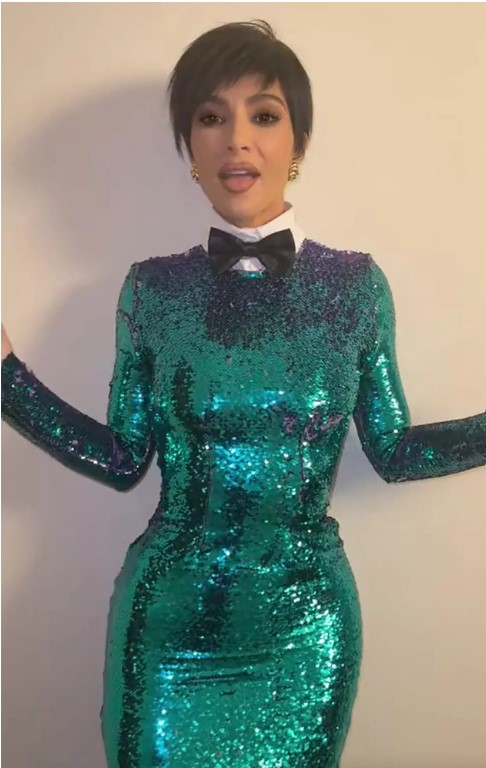 North then photographed with her mother, who was also dressed as Kris for the occasion, which, according to the SKIMS mogul, was a “dress-up-as-your-best-Kris” event.

Several other family members attended the Kris party, including Kylie Jenner, who donned a glittery black dress as a tribute to one of her mother’s legendary ’90s looks.

Khloé wore a floral pantsuit and a white fur coat, similar to what Kris wears in her numerous hilarious memes. Kourtney wore a pastel pink tracksuit and large hoop earrings as a tribute to her mother.

Her outfit was a reference to Ariana Grande’s “Thank U, Next” music video, in which Kris played Regina George’s mother while filming.

As for Kim’s outfit, she wore a fan-favorite bright green dress and bow tie, which has been making the rounds in a recent TikTok meme — and a phrase that a few family members used at the event — “you just got Krissed.”

Kim said on her Instagram Story, “Does this look familiar, fellas?” “In her Christmas letter from ten years ago, we included that music video.” 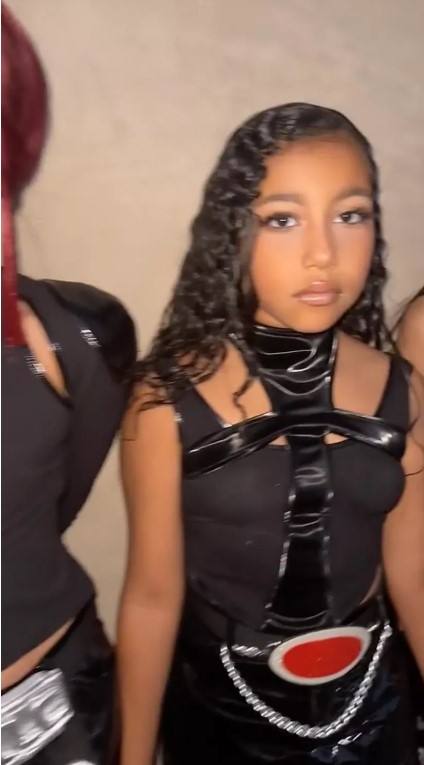 In addition to wearing a classic outfit to honor her mother, Kim also posted many photographs on Instagram with a comment describing how much her “mama” meant to her.

Kim wrote, “We had so much fun celebrating you last night and loved feeling what it’s like to be a version of you, dressed as you. It felt powerful and wonderful! That’s who you are.”

Hearing all of your friends give speeches about how you make the time and show up for each and every one of them, made me happy that they got a glimpse of what it’s like to be your daughter.

No matter what, you show up for me and all my siblings at any hour of the day or night and never ever complain when we all need your attention at the same time. Thank you for being the best teacher and I only hope I am half the mother you are because you are the absolute best.

In recent weeks, North, Kim’s daughter with ex-husband Kanye West, has also imitated other popular figures. North dressed as Rozonda “Chilli” Thomas from the legendary R&B group TLC for Halloween. On Monday, North could be seen lip-syncing along to “No Scrubs” in a TikTok video with friends.