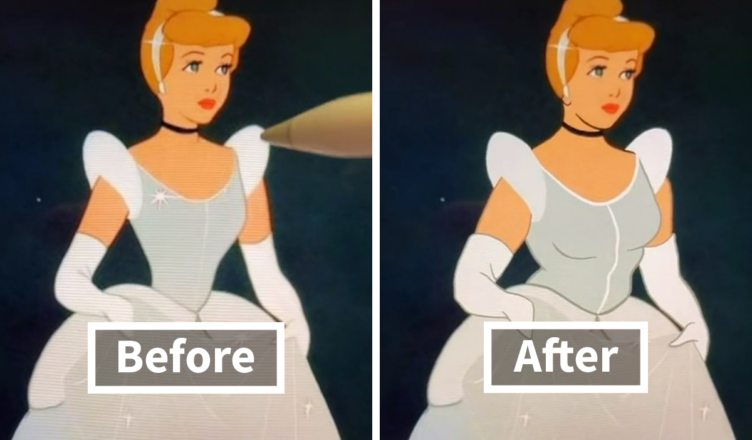 Disney gave us a fantastic set of friends with whom we could spend our early years. They have a particular place in our hearts forever since we grew up together.

Some of them were adorable, witty, and brave. And some had beautiful hearts and were quiet, reflective thinkers who carried a variety of emotions.

Even so, most of them looked very similar on the outside, even though they were different on the inside. For instance, every Disney princess is indeed very thin.

Even if the picture they were portraying to us was little exaggerated, we continue to have a positive opinion of them. Being thin is not for everyone, nor should it be.

Wyethe Smallish, an artist, decided to explore with how they may look if they were made in a different way, with fuller bodies. Her idea was so fresh and the result was so impressive that won her a lot of praise.

She also shared with us how she came up with this idea: “I work on my personal problems with body image, and one important way that I do that is through my art. I thus decided to change certain characters I truly admired as a kid as a therapeutic activity.”

Although it all began as a personal project, millions of others were interested in it. Her brilliant concept and the beautiful graphics you can see below really impressed everyone. 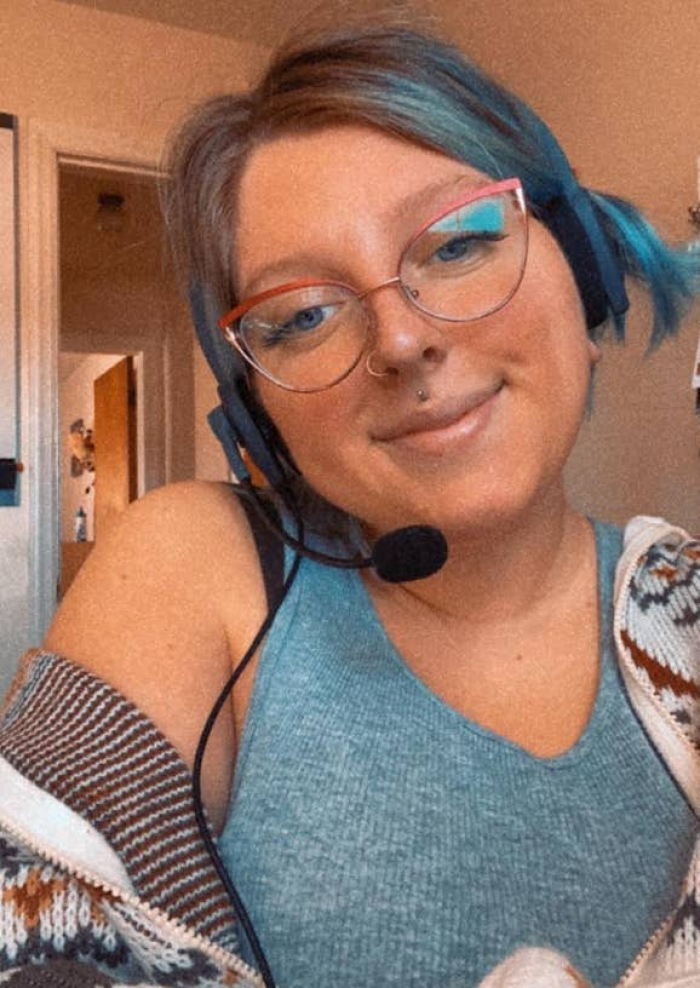 She is twenty-four years old and has been sketching for the all of her life. Wyethe said, “I come from an artistic family, so you might say it’s in my blood! I am now enrolled in art school at the Milwaukee Institute of Art and Design. My major is illustration and communication design.” 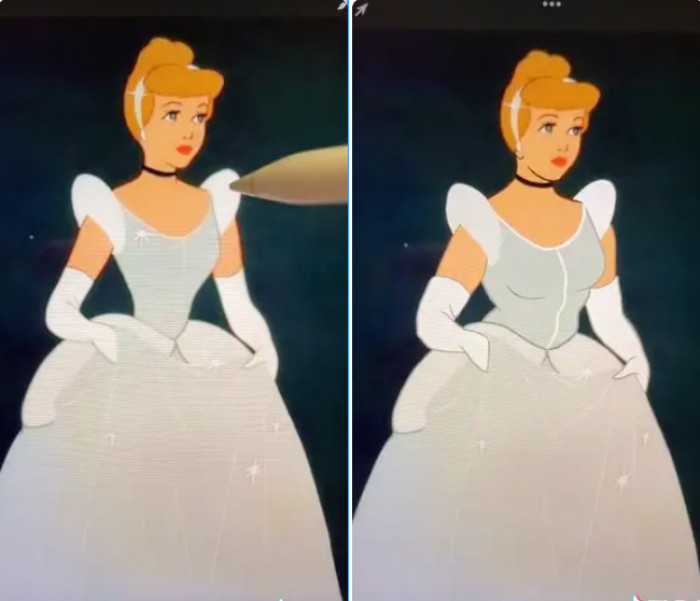 Her first remade princess was Cinderella. 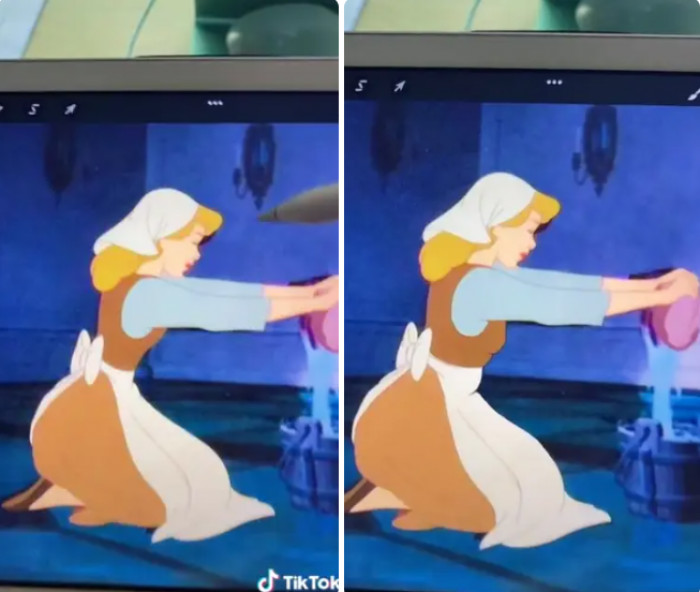 Wyethe’s small changes to the Disney characters made women more aware of how much culture shapes their ideas of what a woman’s body should look like:

“Like a lot of other people, I’ve had issues with my self-image and disordered eating for a long time—probably as far back as when I was 10 years old. I’ve been using my art to help me learn to love my body as it is. Cinderella was the first character I drew, and after I got her completed, I had an unexpected emotional response. I had a comforting sense of peace, and she seemed to be quite real to me.”

“As a young girl, seeing Cinderella with a proportional waist and larger arms would have had a significant influence on me!” Wyethe said. 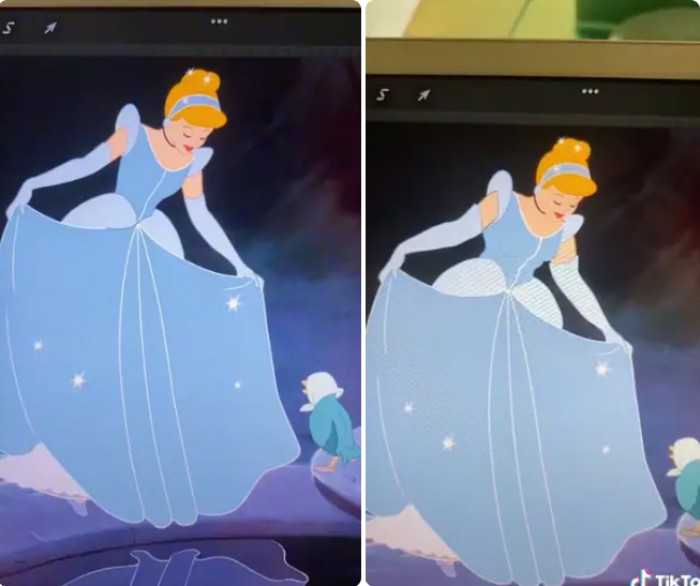 She went on sketching more Disney princesses when her interpretation of Cinderella got so much recognition. 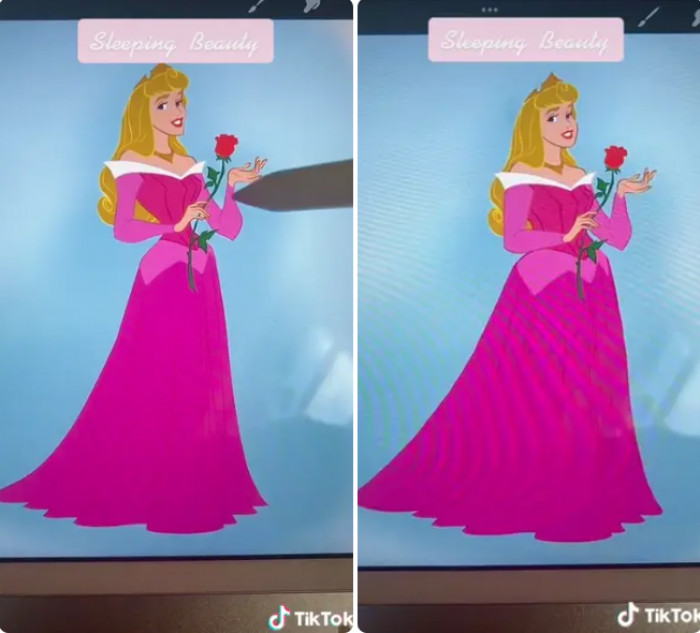 The next one up was the Sleeping Beauty. 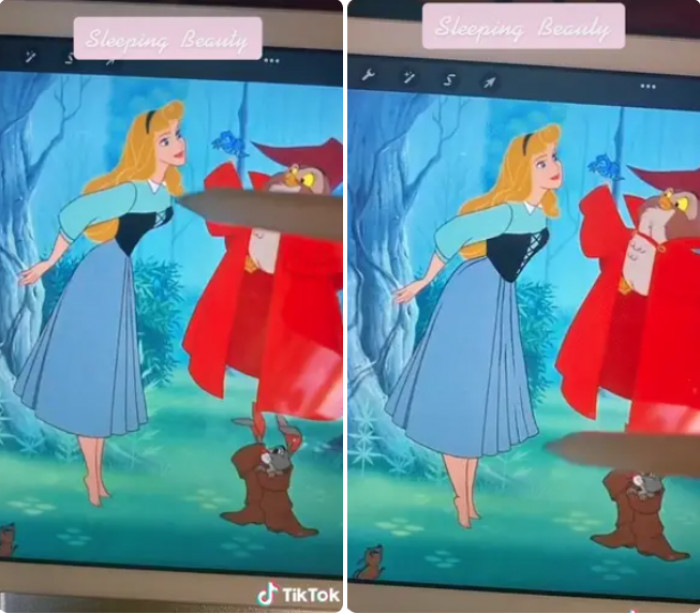 Then, someone requested that she sketch Jasmine, and she did so. 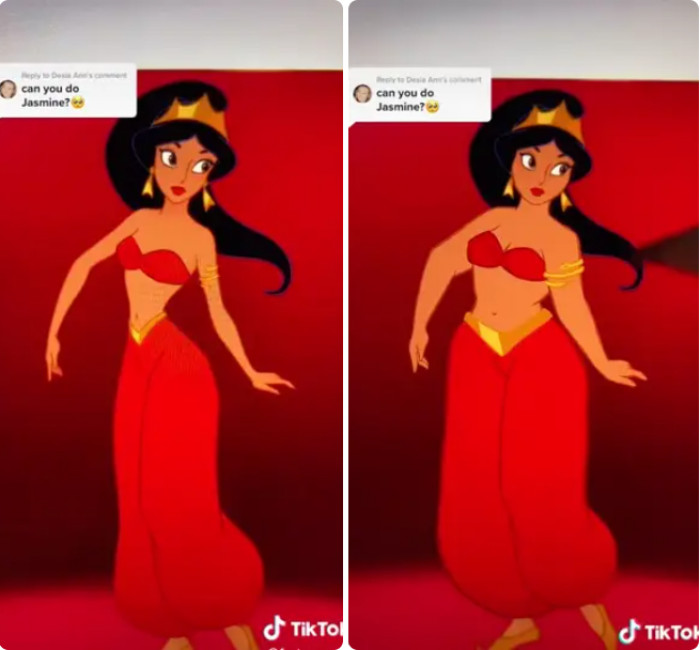 And she did it so well: 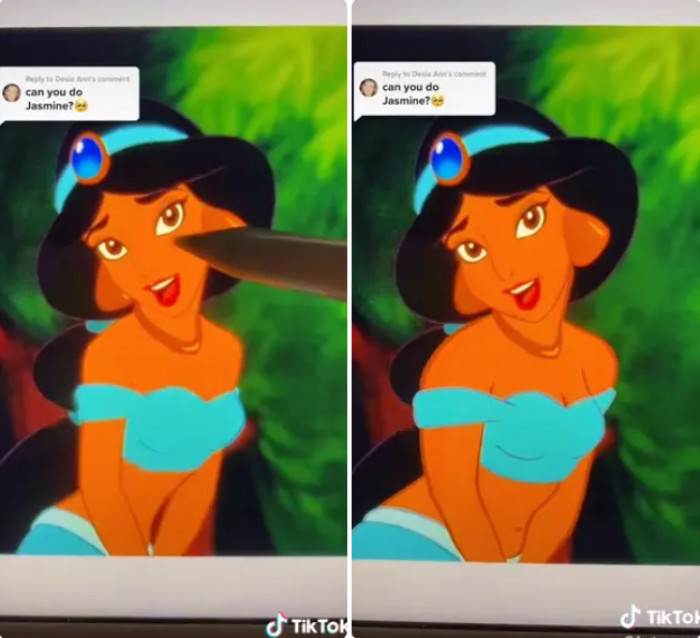 The Disney princess is even more beautiful thanks to her little changes. 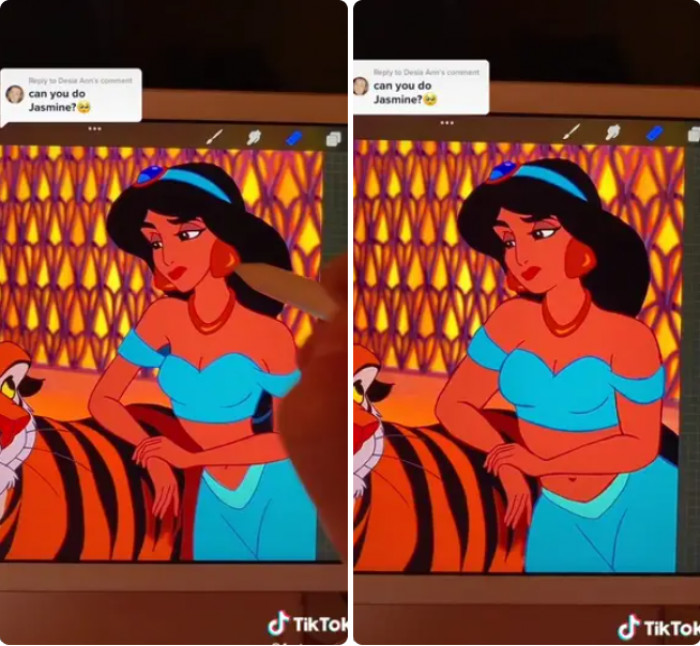 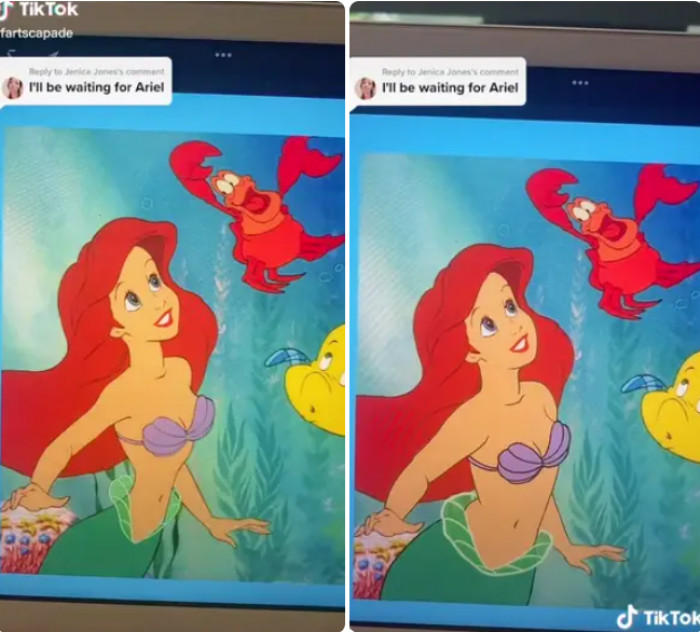 She drew some pictures of Ariel for her fans. 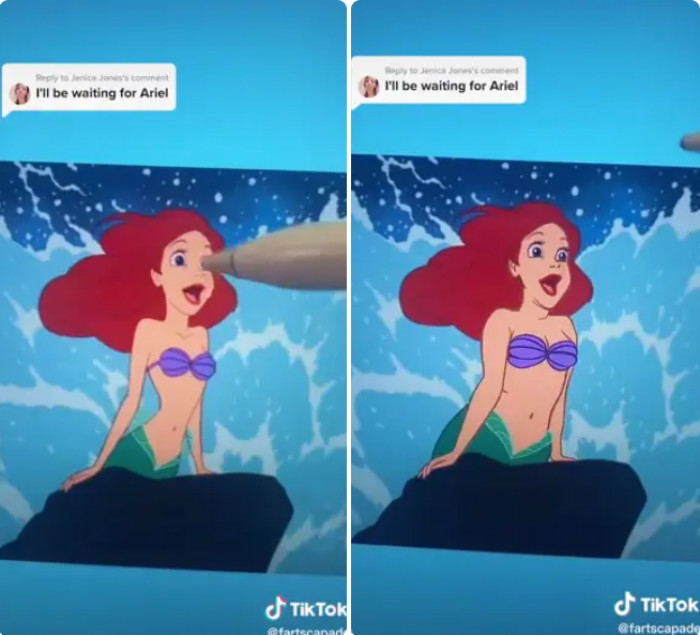 And it came out much better than we had hoped! 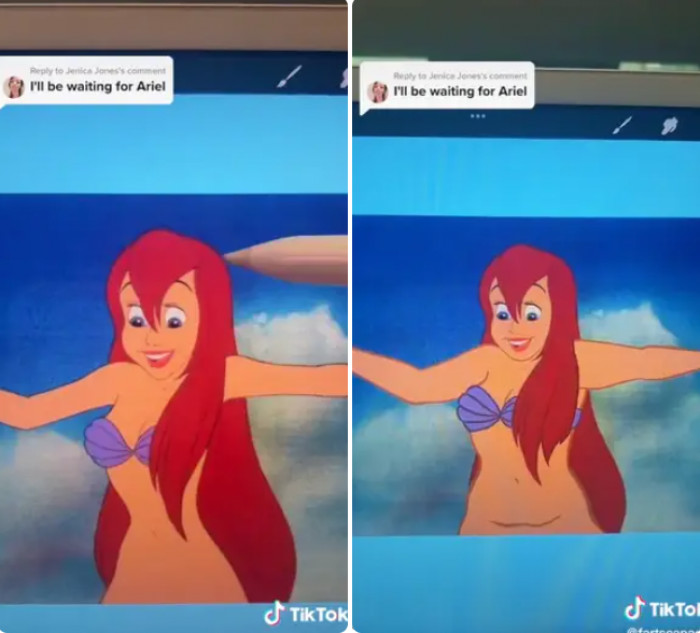 “When only one body type is seen as normal, we start to focus on the things that make us different and start to judge them negatively. For the sake of resolving one’s inner self-image, diversity in body representation is vital,” added Wyethe.

Here’s the version of princess Tiana: 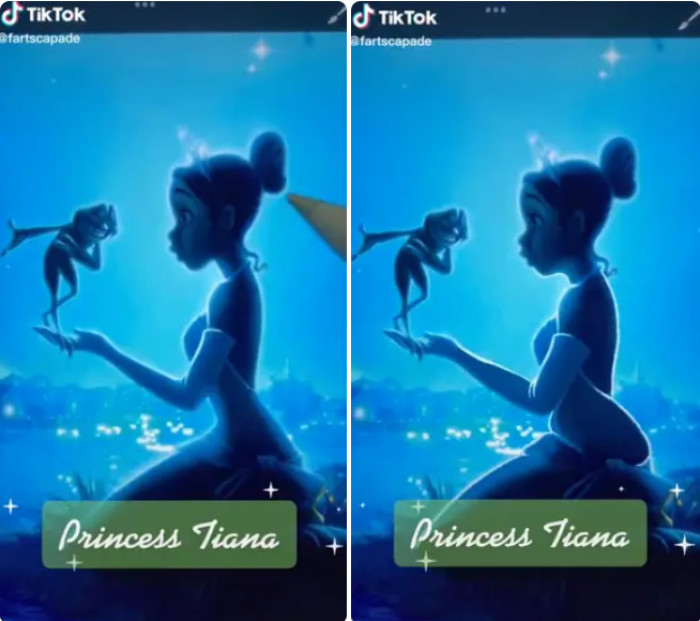 “Having this representation can hopefully start to heal our inner child,” said Wyethe. 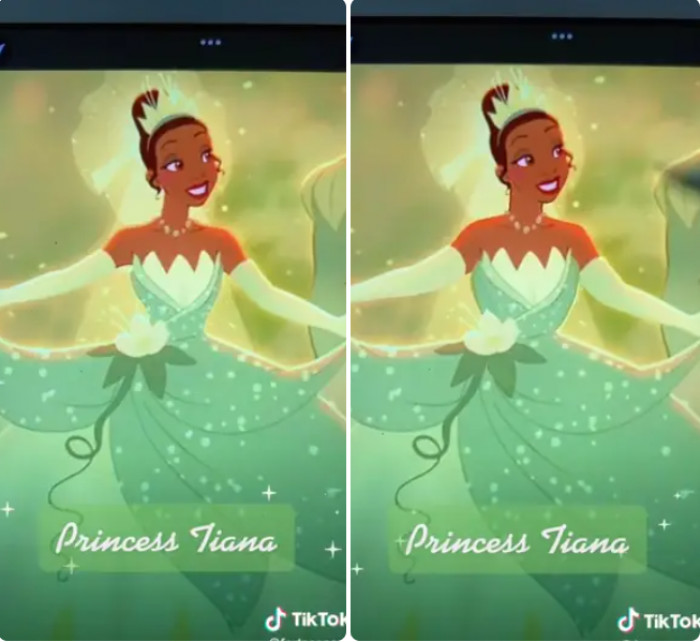 The characters seem so much more realistic with a little change. 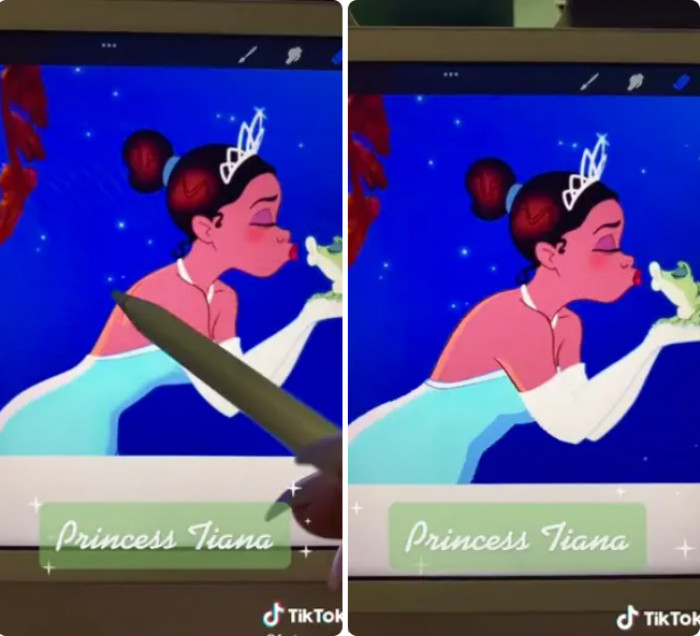 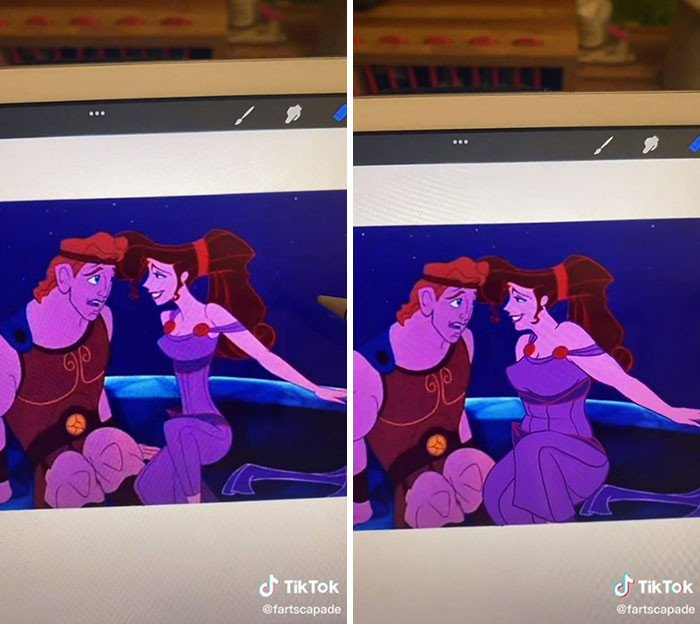 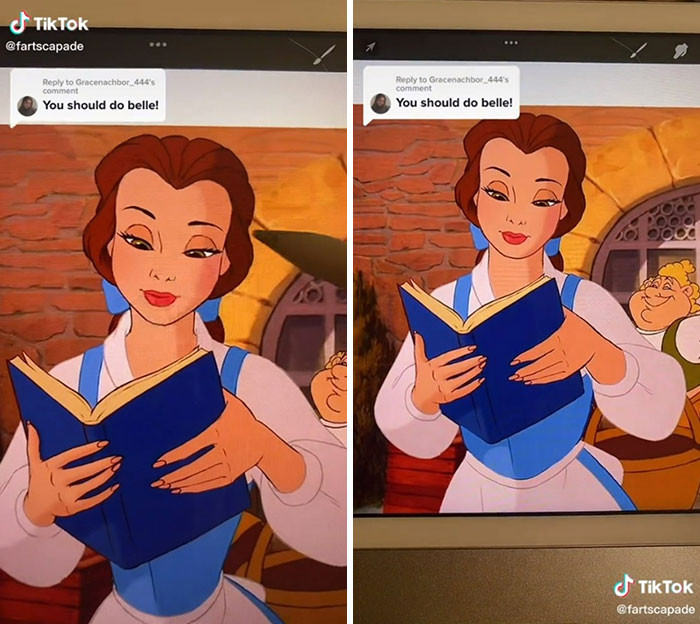 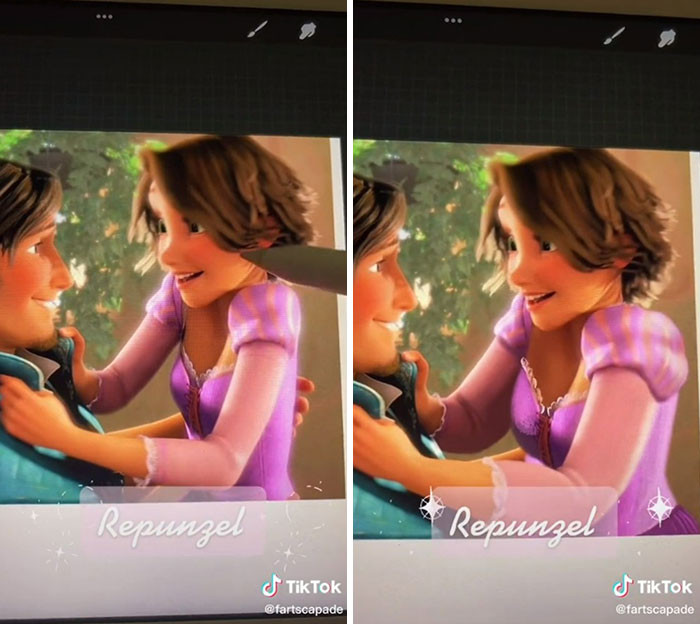 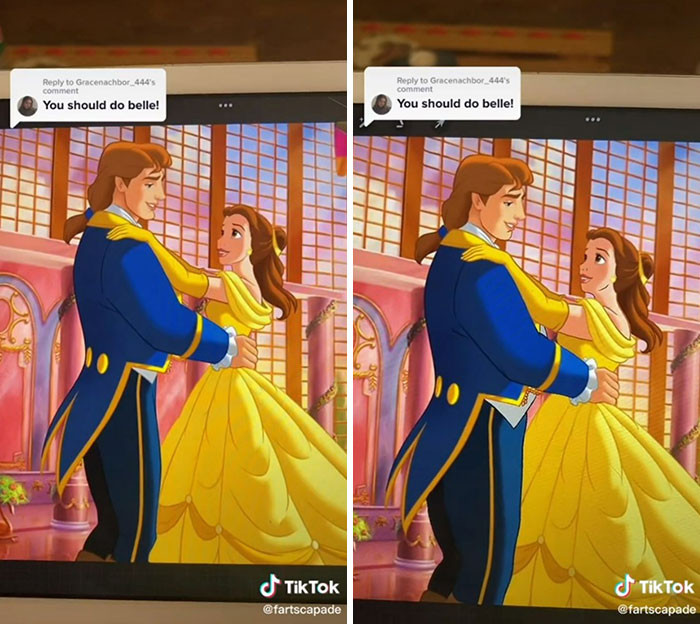 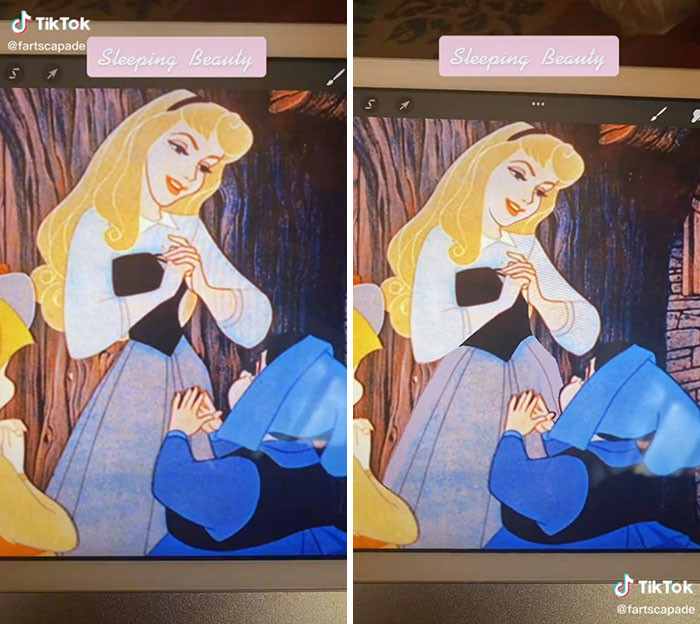 “I was going to say something about plus size representation, but honestly this is just an average size! Disney just makes us feel like the medium is large,”  someone commented.