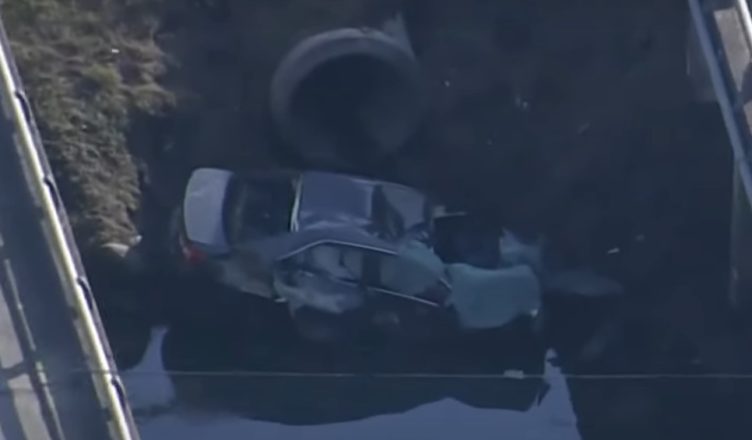 Houston police are investigating how a vehicle entered the Brays Bayou at 3 a.m. on Monday but was not reported until the afternoon of the same day.

Officials in Houston are investigating what reportedly led a vehicle carrying two men to plunge into a bayou early on Halloween morning.

Monday morning at 3 a.m. local time, the vehicle apparently drove into the Brays Bayou, but it was not reported until the afternoon.

According to an HPD press statement, the gray Toyota Camry was heading southbound on Wilcrest Drive when it “left the roadway” and “hit the concrete edge of a rail” before rolling into the Brays Bayou.

According to HPD Vehicular Crimes Division Sergeant S. Jewell and A. Mares, officers were conducting a traffic check around noon on Monday when they were told of the car’s location in the bayou.

The mangled vehicle was discovered beneath an overpass at Wilcrest Drive and Beechnut Street, according to KHOU, a CBS station.

According to HPD, the dive crew recovered the vehicle from the bayou just before 2:30 p.m. on Monday. The driver and a passenger were discovered dead inside the vehicle.

The Harris County Institute of Forensic Sciences has not publicly confirmed the identity of the victims as of Tuesday afternoon.

The crash’s cause remains unknown. Houston police are conducting an investigation.

According to ABC affiliate KTRK, Lieutenant Michael Hroch stated that identifying what transpired has been difficult owing to a lack of witnesses.

Hroch noted in the report, “We do not have any actual witnesses at the scene, therefore it is difficult to piece things together at this time.”