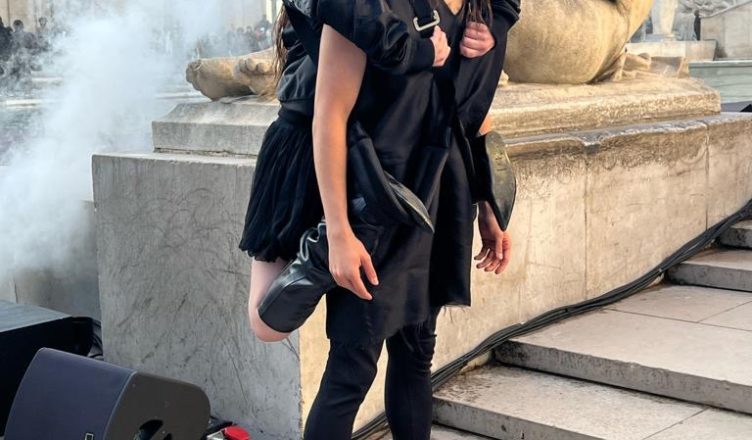 The Estonian rapper displayed his artwork at the booth of Temnikova & Kasela Gallery, bringing a post-Soviet punk vibe to Paris Internationale..

Born Tomas Tammemets in November 1991, the Estonian rapper and singer Tommy Cash, a.k.a. Kanye East, is well-known for his uncanny representations of post-Soviet life in his rhymes.

His music combines cloud rap, harsh dance, and Baltic beats with high and low culture references, including numerous art references (“Gopnik in the streets, Dostoyevsky in the sheets,” he sings in the song Dostoyevsky)…

The viral video for his song Winaloto was inspired by a visit to the Louvre and features Cash surrounded by dancers who contort themselves into pyramids, landscapes, and even a throne. 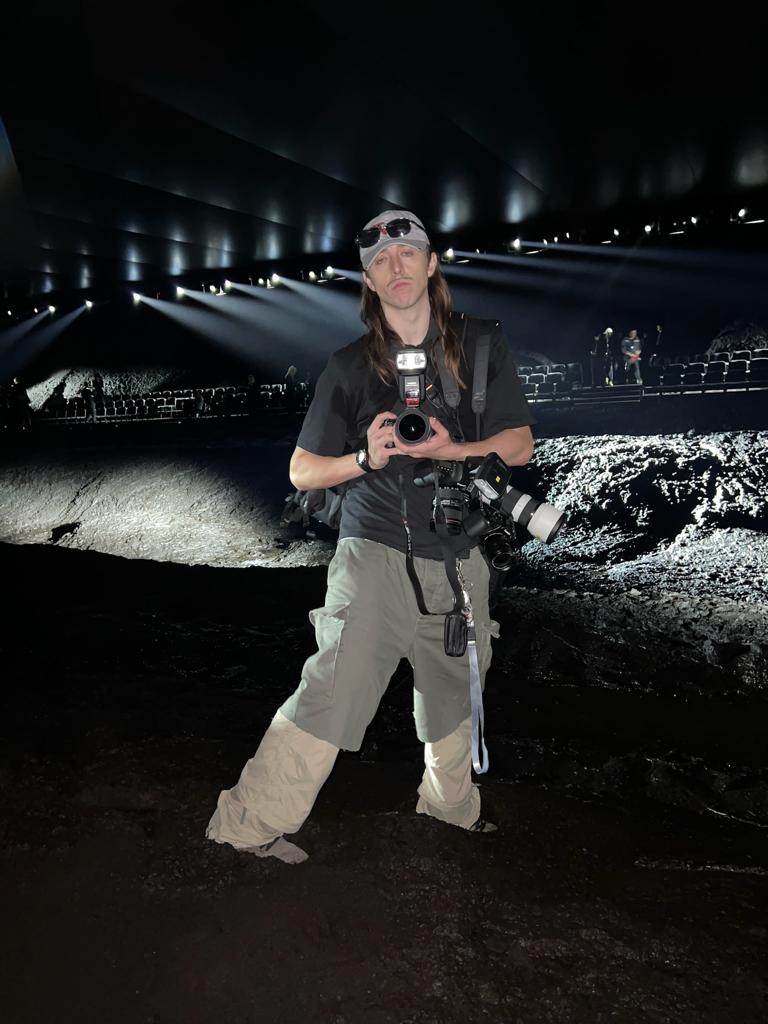 Like his music, Cash is difficult to categorize. He seamlessly transitions from collaborations with Diplo and Boys Noize to genre-bending, gender-fluid live performances (imagine Peaches meets IC3PEAK meets Wu Tsang) to producing streetwear inspired by the counterfeit Adidas peddled in the 1990s Baltic mega bazaars.

Following the release of his sophomore album, “€$,” which features Charli XCX and Caroline Polachek, he is now collaborating with Maison Margiela and Rick Owens.

“Whether in art, fashion, music, or design, everything I do is influenced by the Tommy Cash way of being,” he told me last spring while wearing a kilt and a grey tank top atop the Catalonia Barcelona Plaza hotel in Spain.

“I see no distinction between designing an Ikea sofa and using my music to reach the globe. It’s a complete mess, yet it works.” 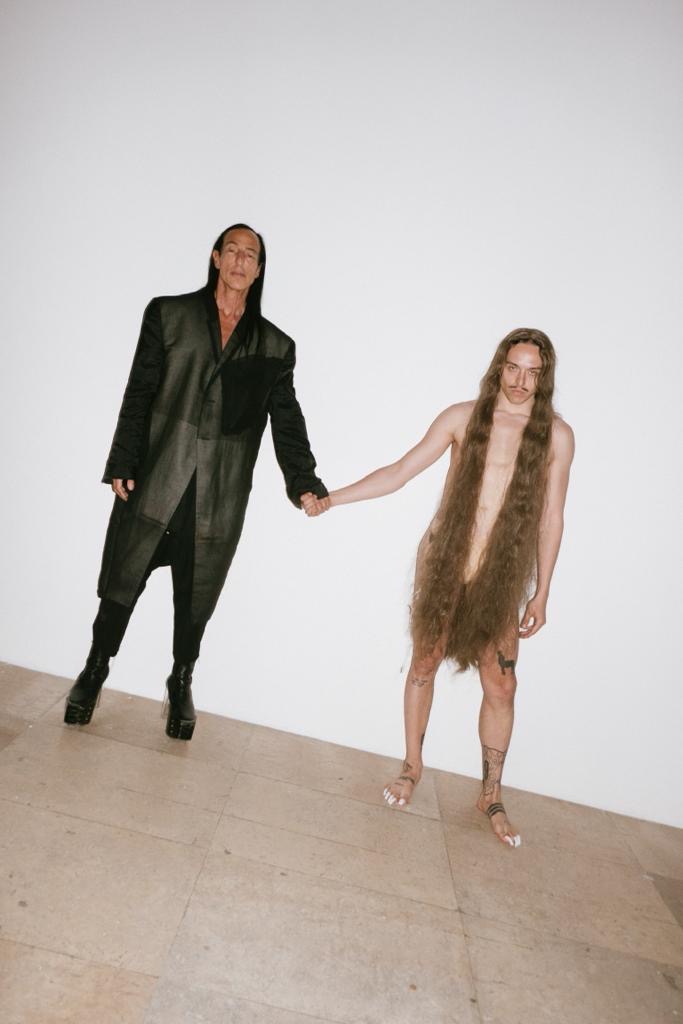 For what it’s worth, the Tommy Cash way of life is a bit like a box of chocolates: you never know what you’re going to get. He is as likely to make his next appearance in a bleak Soviet residential block (khrushchyovka) or at a couture show.

A few hours before he was scheduled to perform at Sónar, Cash told me about the course of his life and career, and how his upbringing in the slums of Estonia with “a mix of Estonian, Russian, and Ukrainian ancestors” influenced his identity.

When creating art for a large audience, he believes it is most vital to be true to your roots, and he seems hell-bent on blinging up the hoods of Eastern Europe and beyond.

The hip-hop singer and his Western counterpart share many similarities. “When I was growing up, I dropped out of school because everyone was as lame as fuck,” he added. “I quickly discovered that society’s standards did not match my own.

“I never worried what others thought of me, regardless of my appearance or performance,” he continued. Therefore, I took that vibe and ran.

Prior to this, Cash and Owens collaborated on a number of projects, including the 2018 single MONA LISA and the 2019 exhibition “The Pure and The Damned” at Kumu Art Museum in Estonia, where Cash displayed his own sperm.

Now, he is staging a solo exhibition at Paris Internationale with the Tallinn-based gallery Temnikova & Kasela (through October 23) that also represents Katja Novitskova, Kaarel Kurismaa, Nik Kosmas, and Kris Lemsalu.

His gallerist, Olga Temnikova, told Artnet News that Tommy’s art contributes to one of the most important cultural discourses of our day.

“If you consider the current situation in Ukraine, the breakdown of communication, and the linguistic and ethnic lines that divide the fight, he transcends these realms in a way that is both contemporary and profound.”

The booth is a tribute to a popular Russian cartoon, Cheburashka, a charming furry animal popular in many post-Soviet nations… 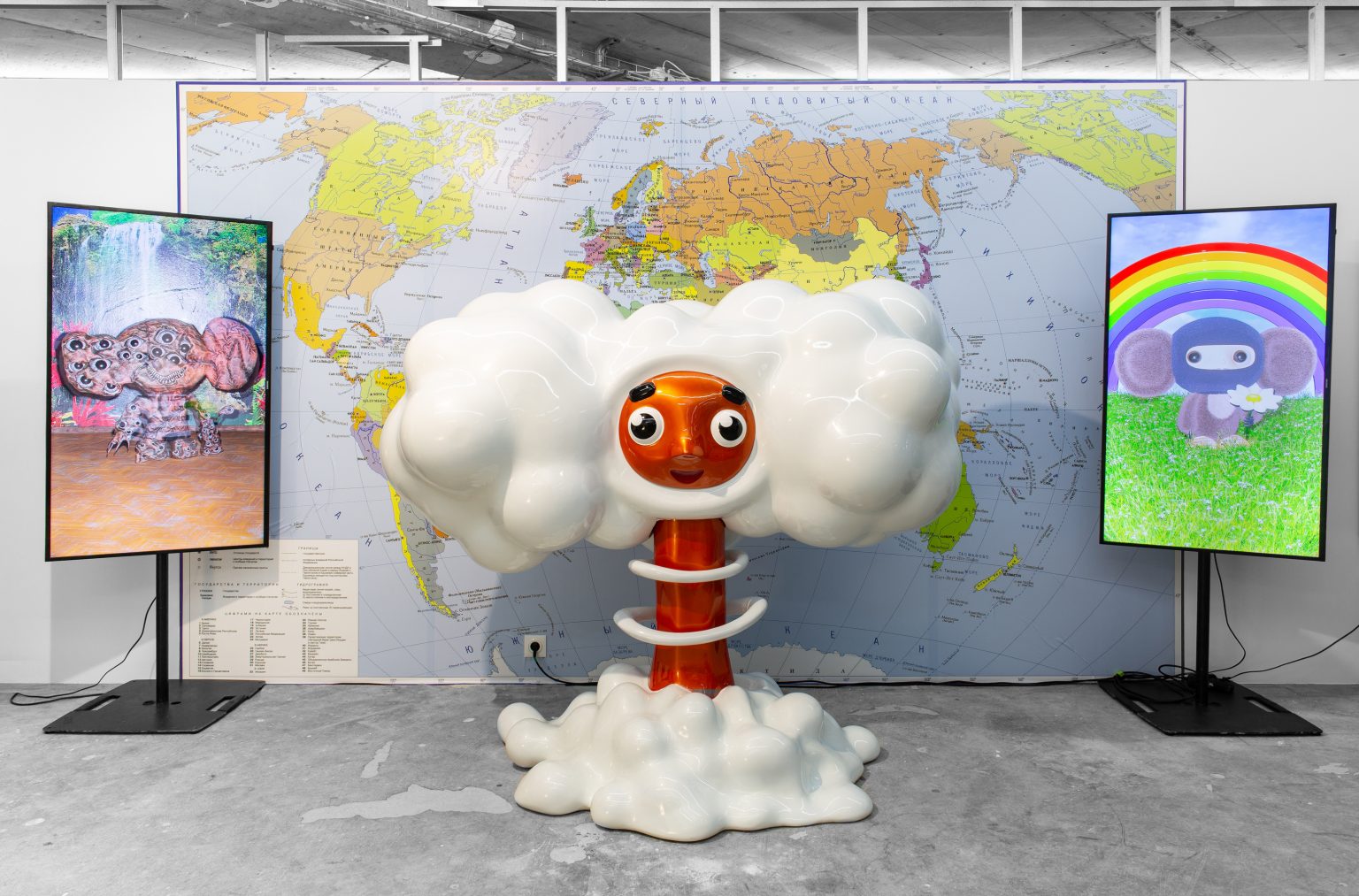 On show are both large and miniature versions of Cash’s “Nukerashka” sculpture, which ranges in price from €2,500 to €45,000 and depicts a totem-like Cheburashka with nuclear clouds blowing from its ears.

In light of the fact that Europe is on the verge of nuclear war, the sculpture, which is juxtaposed with a map of the world, is profoundly gloomy.

In addition, “Nukerashka” sweatshirts are available for €200 each, with 25% of the earnings going to the Ukrainian Cultural Center, a non-profit organization that aids displaced and frontline Ukrainians.

Tommy’s distinctive visual style, absurdist images, and perverted sense of humor have touched hundreds of millions of people worldwide, according to Temnikova. The language he uses is that of a pan-Slavic hip-hop folk hero.

Is it a work of art? Whatever. It is Cash’s universe, and we only inhabit it.